What happened to you as a child?

Yes, it’s a question I get. Usually, the first question is, “Where do you get your ideas from?” Then, when I reply that my ideas simply just come to me, the obvious follow-up question is, “So, what happened to you as a child?”

Fair enough. I get it. But most thriller authors I know are some of the most ordinary, nice, non-screwed-up people I know. We just have imaginations. Yet some folks are convinced all that darkness in the writing has to come from somewhere real, some horrible trauma from the past, a festering scar, or an unresolved, sinister secret.

That’s not to say my childhood was devoid of any trauma. I do remember this one time (and apologies in advance to my mother for telling this to several thousand strangers) when I was having a profound fear of our garage, and my parents decided to fix the issue. I was probably seven. Our automatic garage door had five little windows in it, and I used to have dreams about burglars looking in through those windows. All the burglars ever did in my dreams was peer in those windows, but that was enough for me to decide I was done ever going into the garage.

Unacceptable, my parents said. We will not have a garage-fearing child in our house. So I guess they were members of the “face your fear” sect of 1970’s child-rearing psychology, because one night they simply threw me in the goddamn garage and locked the door. I kid you not.

I saw on the garage floor a sleeping bag and pillow, then realized with immediate horror they intended for me to SPEND THE NIGHT IN THE ROOM OF BURGLAR HELL. No amount of pleading got them to change their minds. It was already late, so the expectation was I’d go to sleep immediately, as if there would even be any sleeping that night at all. I remember lying inside my sleeping bag, and for some reason the lights were off. I don’t believe my parents were so cruel they removed the light bulbs from the fixtures, but I also can’t think of any reason why I would elect to be in the dark in the place I feared most. But I remember it was dark, and the only ambient light was coming from the outside, streaming in through those little garage-door windows.

Oh, how I stared at those windows for what seemed like hours, picturing evil burglar faces peering at me. I didn’t quite know what the burglars were going to do with me or how they would manage to crawl through 12″ x 12″ windows, but it didn’t matter. They were gonna burgle me to death, and my parents were happy to let it happen.

There I lay, frozen in fear, fixated on those windows, eyes stretched wide, pupils dilated, wondering how much longer until doom was upon me.

Enter our pet rabbit, Fat Boy. Yes, that same rabbit I put in the freezer. I mentioned in my last newsletter Fat Boy freely roamed the house during the day. What I didn’t tell you was, at night, Fat Boy lived in the garage, a fact my seven-year-old near-catatonic self had completely forgotten.

You can imagine the screams coming from the garage the moment all ten pounds of Fat Boy jumped onto my bony, sunken chest. Perhaps you can even imagine the horror going through my rabbit’s mind, when his simple goal of cuddling turned into him suddenly being airborne as I flung what I assumed was a furry, dwarf burglar as far as possible into the dark. What you can’t imagine is how hard I threw myself against the door leading to the kitchen, begging for safety as if trying to leap onto the last helicopter leaving Saigon.

So maybe that’s where some of my writing inspiration comes from (opening scene of Revelation, anyone?). But yeah, overall, I had a normal childhood. And, swear to God, I was never afraid of the garage after that. 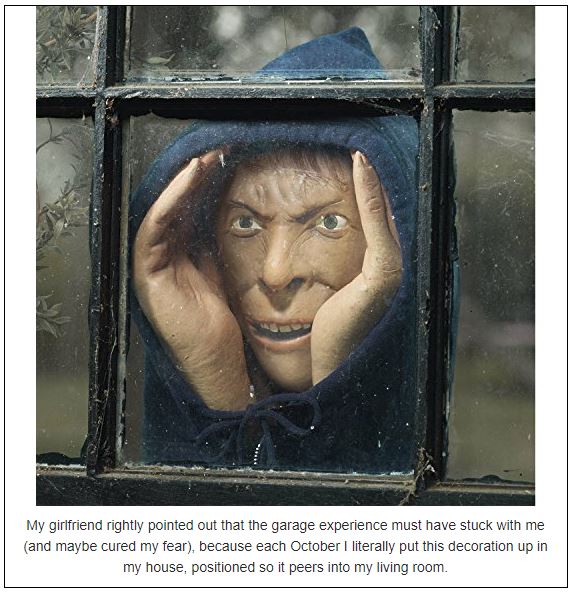 Had a blast at Thrillerfest in NYC back in July, and got a chance to catch up with some friends and meet some new authors. Here’s my new pal, George. I gave him a little writerly advice on staying motivated and sticking to deadlines. I think he appreciated my wisdom. 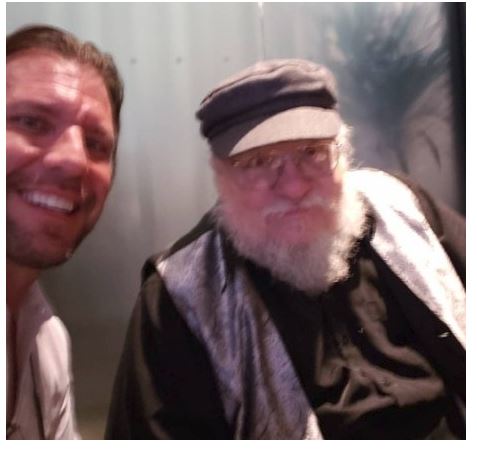 I also took a trip up to Aspen to complete the 10-mile Tough Mudder Colorado obstacle challenge, which included a 2,800-foot elevation gain and 20 obstacles (including tons of mud and getting zapped by live electrical wires). Anyone who knows me knows I’m very goal oriented, and my friend Abe suggested late last year that we give this event a try. I’m thankful he did, because it gave me a target to shoot for all year. I loved every minute of it, and can’t wait to do it again next year. 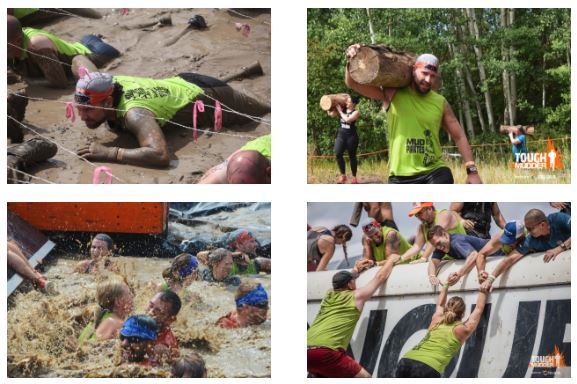 The Outsider, Stephen King, 2018. I’m going to concur with my agent on this one, who said she loved the first half of Stephen King’s latest. Great setup, compelling characters, and fantastic use of police-interview transcripts to layer in nice detail and voice. I don’t have a final conclusion on this book yet since I’ve got a little left to read, but the narrative drive does wane a bit in the second half of the novel.  Nonetheless, a solid, enjoyable read from King, and perhaps his best work since Mr. Mercedes.

Castle Rock  (Hulu, 2018). While we’re on the subject of Stephen King, I highly recommend this series based on the entire King universe. The show takes small bits and pieces from a multitude of King stories to craft a riveting tale about a lawyer who returns to his hometown to represent someone who may or may not be the devil. Moody, grim, and often downright creepy, the series is exceptionally shot, tightly written, and has a feast of a cast (André Holland, Bill Skarsgård, Jane Levy, Scott Glenn, Sissy Spacek).

Living In Extraordinary Times, James, 2018. Yes, a new James album! Many of you know James is my favorite band (I’ve flown to NYC, Dublin, and London to watch them perform) and their 15th studio album does not disappoint. James have always been experimental with their sound, and what struck me most about this album was the powerful use of heavy percussion interwoven with lead signer Tim Booth’s vocals. Lyrically, the songs don’t shy from heavy criticism of the current state of American politics, but ultimately weigh heavier on unity and love. “Many Faces” is perhaps the best representation of the album’s prevailing optimism.  “There’s only love that’s strong enough/ To rescue us from self-destruct/ You don’t think so, but we’re all the same/ That’s just how it is/ There’s only one/ Human race/ Many faces/ Everybody belongs here.”

My daughter took a 10-day camping trip to Alaska with her school. This is me telling her how much I was missing her. 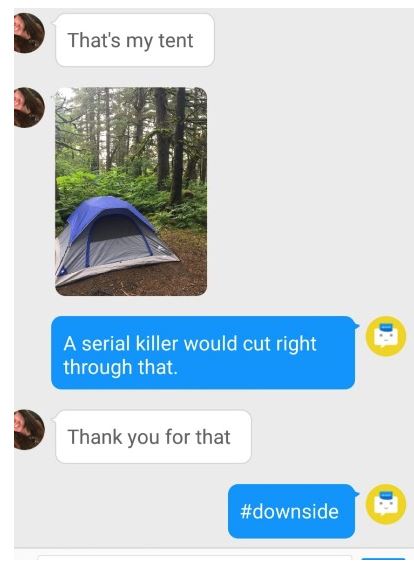 People always say what a beautiful cat I have. Allow me to show you how he looks when he’s not posing. 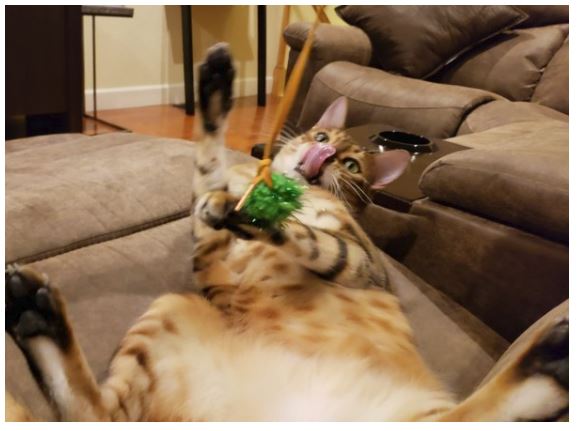