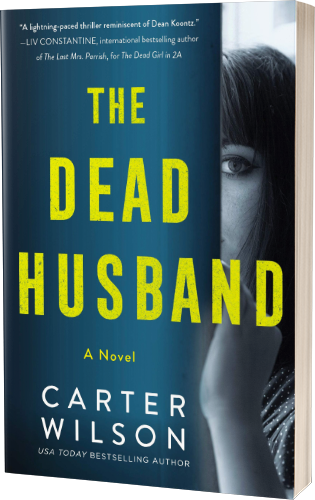 A murderer, a victim, and a witness… but no one in this house is innocent.

Twenty years ago an unspeakable tragedy rocked Rose Yates’s small, affluent hometown… and only Rose and her family know the truth about what happened.

Haunted by guilt, Rose escaped into a new life. Now she seems to have it all: a marriage, a son, a career. And then her husband is found dead.

As far as Detective Colin Pearson is concerned, Rose is guilty. Her marriage wasn’t as happy as she’d led everyone to believe, and worse, she’s connected to a twenty-year-old cold case. She can play the part of the victim, but he won’t let her or her family escape justice this time around.

Grieving her husband and struggling to make ends meet, Rose returns home, hoping to finally confront her domineering father and unstable sister. But memories of a horrific crime echo through the house, and Rose soon learns that she can’t trust anyone, especially not the people closest to her. 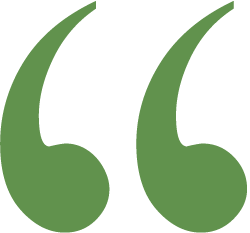 Wilson unveils each revelation of some new betrayal with surgical precision en route to a bittersweet finale.
—Kirkus Reviews
[A] chilling standalone…Psychological thriller fans will be rewarded.
—Publishers Weekly
… it’s likely to prompt readers who haven’t read him before to search out his previous books. A fine crime novel.
—Booklist
Well-written and filled with chilling moments, the atmosphere feels as cold as the New Hampshire snow.
—Fresh Fiction
A carefully crafted story of deception, hereditary sin, and what we’ll do to protect our own.
—Midwest Book Review
…tough and muscular, but reaches all the right emotional notes by its bittersweet end.
—Mountain Times
…a grim and gripping psychological thriller that’s impossible to put down.
—Internet Review of Books
Succession meets Big Little Lies… This marvelously crafted thriller is the perfect escape…
—Bestselling Author Jennifer Hillier
Carter Wilson’s writing is evocative and tense, his characters deeply flawed yet relatable.
—Bestselling Author Julie Clark
… a perfectly paced and expertly written thriller.
—Bestselling Author David Bell

“Wilson unveils each revelation of some new betrayal with surgical precision en route to a bittersweet finale. A harrowing reminder that you really can’t go home again.”
—Kirkus Reviews

“After Riley McKay overdoses on alcohol and sleep medication in Milwaukee, his widow, novelist Rose Yates, the narrator of this chilling standalone from Thriller Award finalist Wilson (The Dead Girl in 2A), returns home to the upscale town of Bury, N.H., the scene of a tragedy two decades earlier. From the moment the door of her father’s mansion swings open, Rose, the family black sheep, and her 11-year-old son, Max, are forced to contend with the demons that once drove Rose away. The frosty reception Rose receives from her family deepens when copies of her new novel arrive; neither her father, Logan, a cutthroat businessman, nor Cora, her lovely and ruthless sister, know the plot of the soon-to-be published book is a retelling of the long-ago crime within their community. As Rose’s past threatens to overwhelm her, the police detective investigating Riley’s death closes in on her as a suspect. The tension rises as Wilson slowly reveals the unhappy truth behind the facade of a happy marriage. Psychological thriller fans will be rewarded.”
—Publishers Weekly

“Rose Yates has uprooted herself and her son and moved from Wisconsin to her hometown in New Hampshire. After her husband’s death, Rose needs her family around, even though reuniting with her father and sister brings back some bad memories. Back in Wisconsin, a cop, Colin Pearson, can’t shake the feeling that Rose had something to do with her husband’s death. This seems like a straightforward premise for a thriller, but Wilson doesn’t do straightforward, and, as he starts dropping revelations about Rose’s relationship with her family and her husband, we start to wonder if this woman is the person she appears to be? Pearson, too, is no ordinary cop character: there are personal issues weighing on him that directly impact his ability to dispassionately investigate the case. Eventually we learn the truth, and it’s even more shocking than we thought it might be. This is the author’s seventh novel, and it’s likely to prompt readers who haven’t read him before to search out his previous books. A fine crime novel.”
—Booklist

“Well-written and filled with chilling moments, the atmosphere feels as cold as the New Hampshire snow. The Dead Husband is a chilling, mesmerizing story of how one family protects a killer and how the ripples of crime affect generations to come.”
—Fresh Fiction

“A carefully crafted story of deception, hereditary sin, and what we’ll do to protect our own.”
—Midwest Book Review

“Wilson skillfully maneuvers the plot from one mystery to another, creating a series of paradoxes that overlap until they’re finally unraveled on the last page. An admirable work, The Dead Husband is tough and muscular, but reaches all the right emotional notes by its bittersweet end.”
—Mountain Times

“The Dead Husband is a grim and gripping psychological thriller that’s impossible to put down, thanks to the atmosphere of constant dread and the author’s skill at building suspense and creating unforgettable characters. The surprise twist at the very end will make your jaw drop. Highly recommended!”
—Internet Review of Books

“A rich family with shocking secrets in an affluent small town, Carter Wilson’s The Dead Husband is Succession meets Big Little Lies, and I loved every bit of it. This marvelously crafted thriller is the perfect escape, so find a quiet spot and sink in—you’ll be glad you did.”
—Jennifer Hillier, award-winning author of Jar of Hearts and Little Secrets

“How far would you go to protect the ones you love? Rose Yates has come home to a house and a family she’d rather forget. But what waits for her there isn’t the closure she’s been hoping for. Instead, her past hides in the dark corners and recesses of her mind, ready to spring out at her. Carter Wilson’s writing is evocative and tense, his characters deeply flawed yet relatable. In The Dead Husband, he weaves a story of a woman running from her past and the detective determined to uncover her secrets.”
—Julie Clark, New York Times bestselling author of The Last Flight

“Carter Wilson’s The Dead Husband is a perfectly paced and expertly written thriller. The prose is as smooth as glass, and the pages fly by as fast as the reader can turn them. And then the ending provides a shocking jolt. This is a smashing story about families and secrets and all the things you don’t want to know about the people closest to you. Read it!”
—David Bell, USA Today bestselling author of The Request