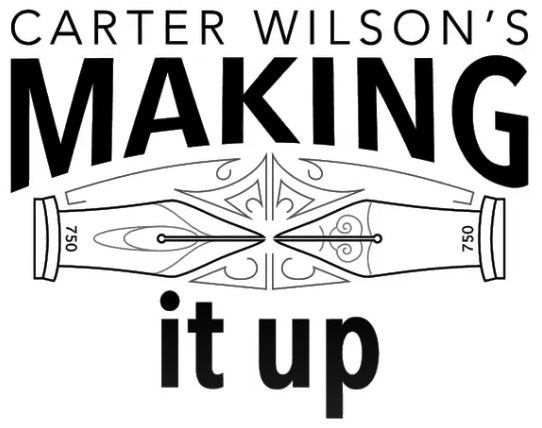 USA Today bestselling novelist Carter Wilson talks to writers of all backgrounds in order to find out why they do what they do. He and his guests discuss childhood influences, roots of creativity, luck and loss, tools of the craft, and the highs and lows of publishing. At the end of their conversation, they pick a random sentence from a random book and use it to create an impromptu short story.

Joe Clifford’s writing career was immensely helped when he was hit by a bus. Today, this bestselling mystery and crime writer has a dozen books to his name and life is good, even if it requires a cane.

Carter and Joe discuss Joe’s past struggles with heroin addiction, his inability or desire to hold down a 9-5 job, and love and heartbreak within the publishing industry.

At the end of the conversation, they make up a noirish tale using a beginning sentence from Hemingway’s The Sun Also Rises.

Watch on YouTubeListen to the podcast

Julie Clark still tells people she’s an elementary school teacher, which she is. But she’s also the New York Times bestselling author of the 2020 breakout thriller The Last Flight.

Carter and Julie talk about working multiple jobs, the unpredictability of the publishing industry, and how to continuously become a better writer.

At the end of the conversation, they make up a surreal circus story using a sentence from The Beastly Beatitudes of Balthazar B, by J. P. Donleavy.

Watch on YouTubeListen to the podcast

Alex Marwood was a journalist who worked extensively across the British press. Her first novel, The Wicked Girls, achieved widespread acclaim and international bestsellerdom. It was shortlisted for ITW, Anthony and Macavity awards, was included in Stephen King’s Ten Best Books of the Year list, and won the prestigious Edgar Award.

Carter and Alex talk about the other famous writers in her family, the highs and lows of publishing, and what it’s like writing when you have ADHD. At the end of our conversation, we make up a dark little tale based on a random sentence from Citizen Soldiers by Stephen Ambrose.