11 things you didn’t know about me.

Yeah, I know, I missed a post last month. I’d been very regular about posting the 13th of every month but then missed July. I was on vacation, and I just couldn’t fit the post into the priority schedule. I was traipsing through Italy with my girlfriend, our gaggle of kids, and her family. If you follow me on social media, you saw the highlights. It’s a beautiful country with delightful people and a tremendous amount of carbohydrates.

So I decided to share eleven things you likely didn’t know about me.

1) I have a full-time job in addition to writing. I run a consultancy group for the hotel industry, focused heavily on data and analytics. I’m a geek.

2) I can’t handle horror or war movies. They are way too intense. Try to reconcile that with some of the disturbing stuff I write.

3) My dad died at 69 from early-onset Alzheimer’s. It was devastating. I continue to be haunted by it, and the thread of memory loss runs through many of my works. In fact, a forgotten past is the central theme of my next book.

4) I completely believe in ghosts. I need to experience something to believe in it, and I experienced a haunting while living in an old house my junior year in college. I never saw a ghost, but one spoke to me.

5) About once every year or so, I go through these extreme emotional waves. It seems to be roughly correlated with the completion of a book draft, but I’m not convinced that’s it. It’s an interesting theory, though.

6) I don’t actually read a lot of books, and especially don’t read much of my own genre. I read daily, but usually just at night in bed. I often end up falling asleep quickly, so it takes me a while to finish a book. I’ve been on a non-fiction kick lately.

7) I’m not scared of spiders, snakes, or heights. However, I’ve always had an irrational fear of my kids choking on food, despite they are now 13 and 15.

8) Comedy informed my childhood. I firmly believe Monty Python and Douglas Adams should be taught in school, and certainly no later than the 8th grade.

9) When I was ten, I accidentally whacked a field-hockey ball into my cat’s face. He ultimately seemed fine, but he always had a little snort in his breathing after that. For some reason, he was named Wootsie.

10) Worse, when I was around six, we had a pet rabbit when we lived in Dallas. He was a chunk of an animal named Fat Boy, who lived freely in the house (and, by the way, what the hell is up with that?) One day, I noticed him breathing rapidly (like a rabbit). I thought he was overheating, so I put him in the freezer and just walked away. Thankfully, my mom came by about ten minutes later to put something in the freezer. She opened it up and was very surprised to find the family pet in there, who was likely breathing much slower at that point. He was fine, but probably never trusted me after that.

11) I sleep poorly, mostly because of bizarre dreams. Probably roots back to the cat and rabbit incidents. 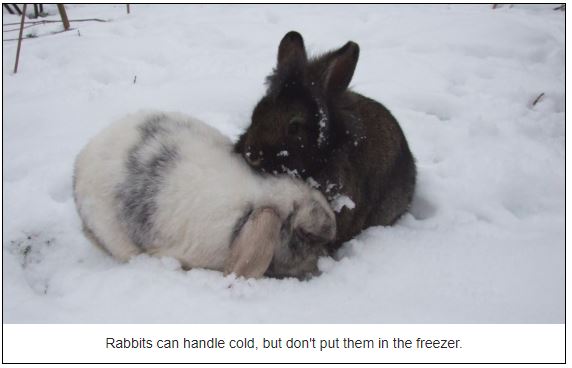 In book news, I’m proud to have a short story in a new young-adult mystery anthology, edited by Goosebumps creator R.L. Stine. Writing for Scream and Scream Again! was a blast, and my story “Area Code 666” is joined by nineteen others in this creepy collection. 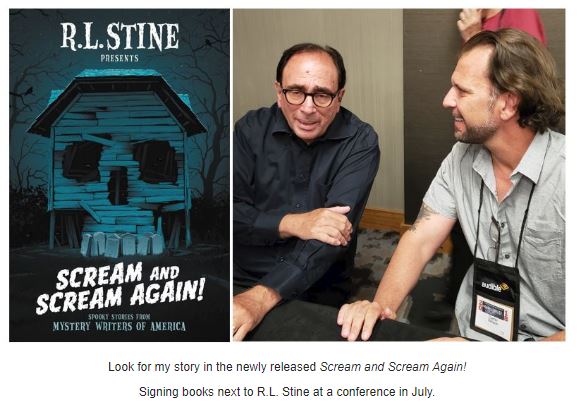 Bad Blood: Secrets and Lies in a Silicon Valley Startup, John Carreyrou, 2018. This sounds like a thriller, which it is, but of the non-fiction variety. Ever heard of Elizabeth Holmes and her startup, Theranos? She’s been in the news quite a bit this year. Carreyrou’s book meticulously details her rise and fall, unveiling how a magnetic personality can cover up widescale fraud, at least for awhile. The scope of this company’s negligence is breathtaking, and the read is fast-paced yet highly detailed. It’s this generation’s Liar’s Poker.

The Staircase (Netflix, 2018). If you love true crime, you should check this out. The last sensational true-crime doc I watched was The Jinx, which was only *slightly* more compelling than this show. The Staircase documents the arrest and trial of novelist (wha??) Michael Peterson for the murder of his wife, who was found dead at the bottom of a flight of stairs. Peterson’s defense team gave unrestricted access to a French film crew for God-knows-what-reason, and the result is an insider’s look at the trial prep for a first-degree murder charge. Twists a plenty, worth a watch.

This is the Father’s Day card my son gave me, bless his little soul. 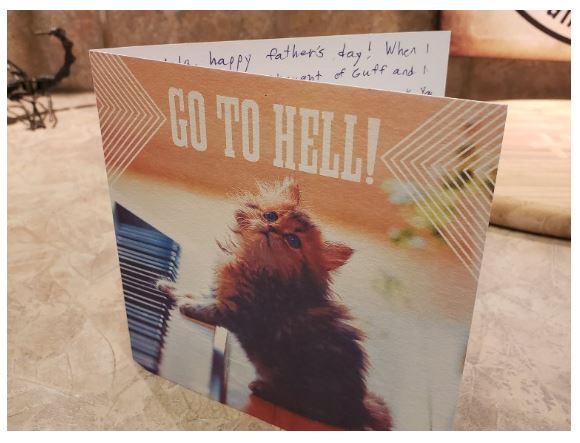 I left my cat with a live-in housesitter for the 19 straight days I was traveling in July. It was all fine until the one point he chased her with the intention of harm, and she needed a water-spray bottle to fend him off. When I got home, he was excited to see me for about three minutes. Then he just looked at me disdainfully for awhile. 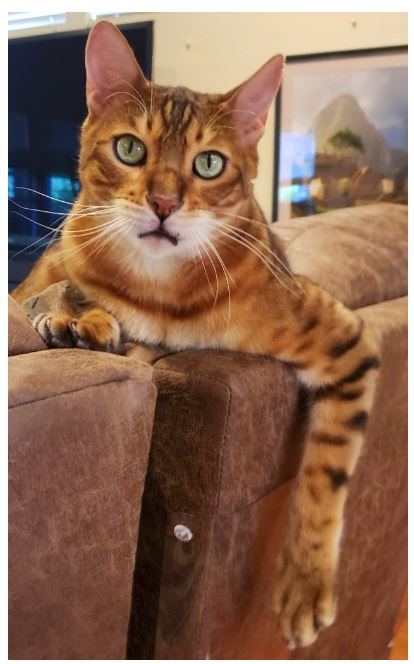