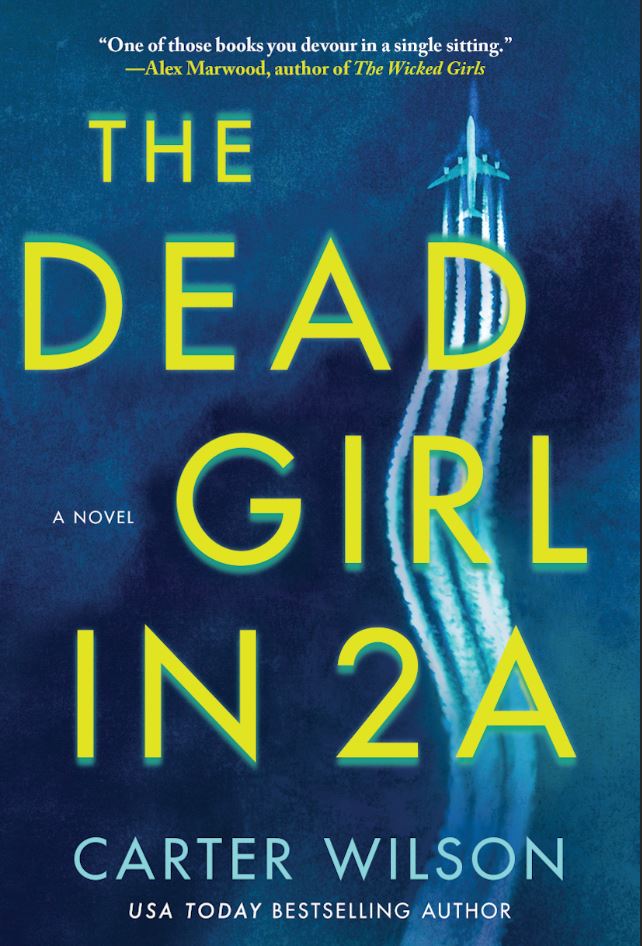 The Dead Girl in 2A

“Wilson…delivers a denouement that is both strangely sad and exceedingly creepy. Dean Koontz fans in particular will find a lot to enjoy. A disturbing, propulsive, and satisfying thriller. Wilson is an author to watch.” – Kirkus Reviews

Jake Buchannan knows the woman sitting next to him on his business flight to Denver—he just can’t figure out how he knows her. Clara Stowe isn’t in Jake’s line of work and didn’t go to college with him. They have nearly nothing in common apart from a deep and shared certainty that they’ve met before. Despite their best efforts over a probing conversation, both struggle to figure out what circumstances could possibly have brought them together. Then, in a revelation that sends Jake reeling, Clara admits she’s traveling to the Colorado mountains to kill herself, and disappears into the crowded airport immediately after landing.

The Dead Girl in 2A is the story of what happens to Jake and Clara after they get off that plane, and the manipulative figure who has brought them together decades after they first met. Intensely creepy, beautifully written, and full of Carter Wilson’s signature whom-can-you-trust paranoia, this is a psychological thriller unlike any you’ve read before.

Praise for The Dead Girl in 2A

“One of those books you devour in a single sitting. The Dead Girl in 2a promises a lot from the start and delivers in spades.”

“…a high wire act, exquisitely balanced between shattering suspense and the sudden opening of our hearts. I couldn’t put this book down.”