Oh, the humanity! My Halloween recap…

My favorite post of the year, where I get share the highlight-reel video of my Halloween porch screams. As detailed in my last newsletter, this year’s theme was a mishmash of previous ones, so my covered front porch was a chaotic mess of frights. Creepy music, life-sized clown/monster/ghost props, dropping spiders, thick fog, and a giant motion-activated jumping prop right next to the front door.

The conditions for trick-or-treating were not ideal. By the early evening, it was about 45 degrees (F), and it had even snowed earlier in the day. Plus, it was a Wednesday, which always reduces numbers (Friday or Saturday nights are ideal). That said, we counted 228 total trick-or-treaters who made it up the porch and to the door. I’m sure there were many who made it up the walkway and then bailed before entering the porch. To those who chickened out I say GOOD CALL, because the candy I handed out was pretty crappy.

There were definitely some great reactions recorded, and this year I used two cameras to capture different angles. God, the amount of time I spend going through the footage, just hoping to hear the choice screams, cries, or parents mocking their children. Yet it’s all worthwhile in end. I’m starting to think I’ve become a character in Monsters, Inc, and that the screams of children fuel my energy for the year. 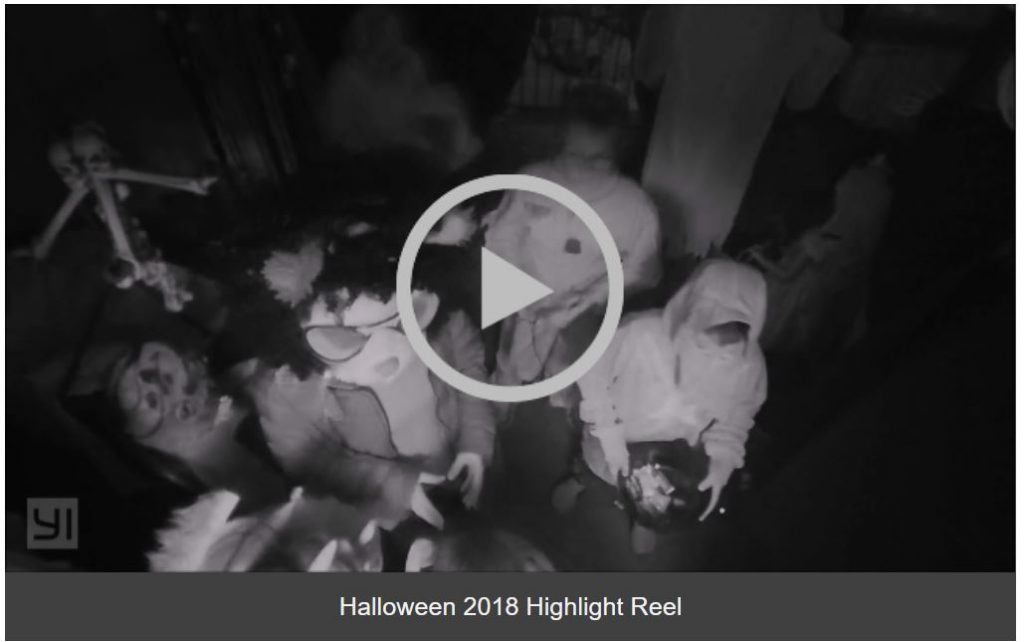 And what were you?

In case you were wondering what my costume was this year, I went as David S. Pumpkins (pictured below with my Candy Corn girlfriend, Jessica). It’s probably the first time since last Halloween I’d shaved my face.Not familiar with David S. Pumpkins? 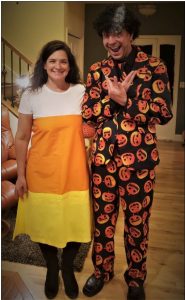 Bear Town, Fredrik Backman (Simon & Schuster, 2017). From the bestselling author of A Man Called Ove, the story of Bear Town centers on a small community in the middle of a forest with nothing going for it except its local ice hockey teams. The novel opens on the eve of the boy’s junior team readying to play a national semi-final game, and Backman introduces the readers to an array of characters somehow directly or peripherally involved with the pending game. Now, I’ll be the first to admit I didn’t gravitate to the book based on the plot, but I’m glad I started reading. The writing is beautiful. Simple. Strong. Exceptionally insightful and clever. It will draw you in and make you want to know every detail about everyone, because Backman makes each of his characters so perfectly human.

Haunting of Hill House (Netflix, 2018). When I saw the trailer for this series, I thought it looked terribly campy. But then a friend said I should check it out, so I gave it a try. I’m only a few episodes in, but the series, based on the 1959 Shirley Jackson novel, is wonderful. Much more a character story than a jump-scare series, the writers craft intriguing parallels between the children who grow up in a haunted house and the fractured adults they eventually become. There are plenty of frightful scenes, but this series is not trying to be American Horror Story.  Rather, it’s a domestic thriller series with familial relationships at the core of every plot advancement. Smart, compelling, and brilliantly acted.

So, for some reason my 13-year-old son started making seal noises about six months ago. I mean, they’re not the only sounds he makes, but whenever he’s happy or simply responding in the affirmative, he flaps his hands like they’re flippers and makes this super-annoying ORR! ORR! sound.

Of course, this meant he had to dress up as a seal for Halloween. We found a surprisingly creepy mask online and we added in oven mitts for flippers, along with a 1920’s straw hat (because, why not?). 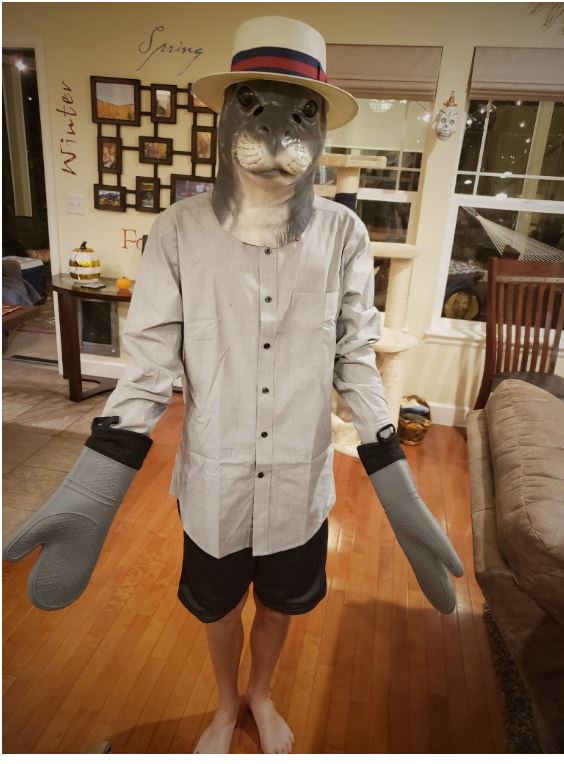