Typos are good for the soul.

You ever read a book and come across a typo and think, how the hell is that possible? We can land a man on the moon, but we can’t blah dee blah blah blah… Of course you think this, because I’ve heard from you. You just HAVE to e-mail me and tell me, don’t you? I’ve spent over a year pouring the entirety of my being into this new book and you write:

“Dear Carter, enjoyed the book, I guess. But on page 296, paragraph three, line two, it should be it’s, not its. Really took me out of the story.”

You think that feels good to read? It doesn’t. But you can’t help yourself. I’m convinced you think by holding in this information you might develop irritable bowel syndrome.

Here’s my hot take on typos: they’re good for you.

I’m not talking about typos in texts, emails, social media posts, or any other type of correspondence where society seems to have just accepted it’s okay to write at a first-grade level. On the contrary, I love a well-written text message. If you text me with complete sentences, actual punctuation, and don’t swap out numbers for letters, I’m your friend for life.

I’m talking about typos appearing in places you don’t expect them, like a professionally published book. They’re somewhat rare, so while I understand your sense of fulfillment in finding them, I suggest you celebrate them as a thing of wonder rather than view them as a failure on multiple levels. To demonstrate how rare they are, let me share with you how my books are edited:

1. I write the book. It’s full of typos. I re-write several times. I remove some typos. Probably not many.

2. Jessica edits the book. Picture typos as the top surface of an ice rink after an NHL game. She’s the Zamboni.

3. Book goes to my agent. She may catch a few stubborn typos Jessica missed (I like to think because Jessica was so enthralled with the story her eyes didn’t register the mistakes).

4. The book goes to my editor. Editor suggests re-writes.

6. The book finally goes to copy editing. Copy editors are like bats navigating by sonar in the pitch black. I don’t know how they do it, but they hunt down every remaining typo and feast on them. Also like bats, I think copy editors are only awake at night.

7. The advanced-review edition of the book is printed. Copies are sent all over the place. Now we have scores of people reading the book. A typo or two might be caught at this point.

8.The final edit of the book is done. This is the last chance to make any changes. I give the book to my MOM. My mom makes copy editors look like journalism-school hacks. If there’s any remaining typo, no matter how small, she will find it. She still finds one or two. She might also tell me to back off on writing the word fuck so much.

9. The final book is released. Oh, what joy! I convince myself this will be the one. I start thinking about who will play the main character in the inevitable Netflix series.

My advice to you is to treat the typo as the special thing it is. Behold its glory, and marvel in its beauty. In fact, I suggest cutting the typo out of the book (and if you have the e-book, go buy the physical copy, because, you know, more money for me), fold it in half, burn it over incense and let its ashes flutter into the sky, becoming one with the universe.

Herald imperfection.  (Hmmm…that could also be a good character name.)

I have a home gym that I use pretty religiously. I recently changed out the mirrors, and noticed a patch of wall space above one of the mirrors that I thought would be the perfect spot for some kind of motivational quote.

I went online and found vinyl wall lettering with the quote “Shut up and try.” I thought that was a great motivational quote for a gym, so I ordered it.

The lettering comes, and I painstakingly rub each letter onto the wall. However, unbeknownst to me, half of the letter “h” in the word “shut” had fallen off, so when I stepped back to review the final product, this is what I saw. 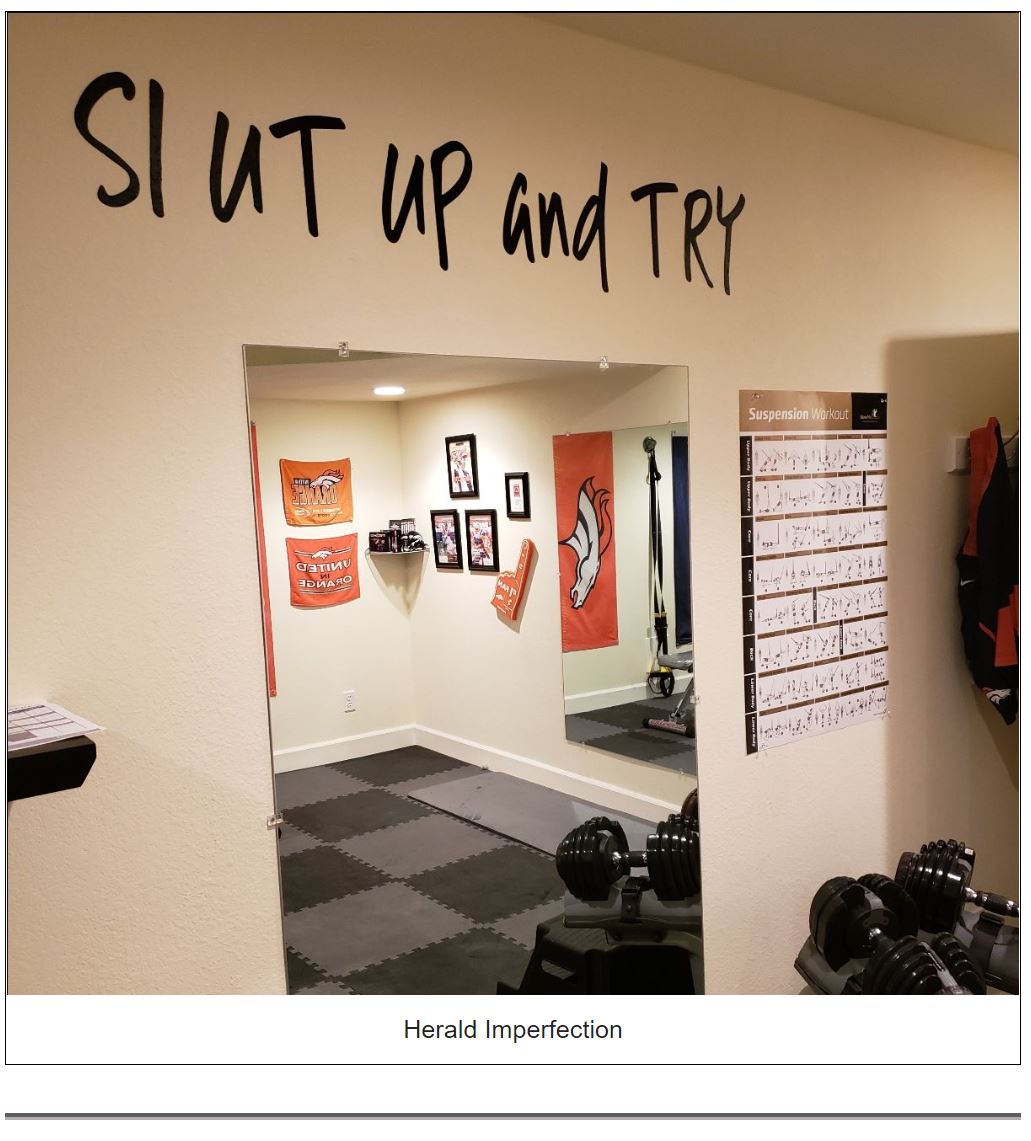 The first thing I leaned this year was about detaching.

There’s way too much stuff out there for us to absorb, too many things assaulting all of our senses, all the time. The more we allow ourselves to be bombarded, the more we get used to it, and, speaking for myself, the more beaten down we get. By October this year, I was in a mental slump and needed to do something about it.

For three weeks I went on a news cleanse, which was no easy feat since I had been a news junkie. No more news sites. No news on social media. No magazines or TV news (which I almost never watch anyway). Even when I walked by the newspapers on display in Starbucks, I averted my gaze.  I had ZERO idea what was happening in the world, and it was unsettling, weird, and wonderful. It kind of made me feel childlike, and, let’s face it, who doesn’t want that for at least a little while?

After the three weeks were over, I went back and checked the news to see what I’d missed, but didn’t spend much time doing so. I learned I didn’t need to be addicted to news to be informed. Like everything else in life, moderation is key. Now I check the news online about 10-15 minutes once a day, maybe a bit longer only if there’s a major event I want to know more about. And I let the words of my son speak for the results, who recently told me, “You seem happier.”

So, basically, those were the only two things I learned this year. Not bad.

Guff watched the original Jurassic Park for the first time and now all he does is this stupid T-Rex impersonation all the time. 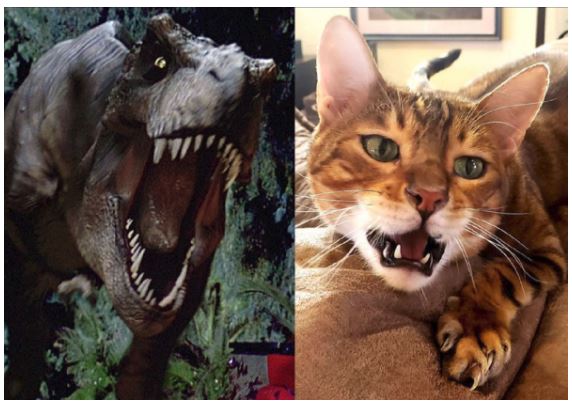