What I love about writing.

In last month’s post I bitched and moaned about all the things that suck about writing. We all complain about our work, but not often do we step back and assess the things we love about what we do. Most novelists will admit establishing a consistent and well-paying career writing books is a fool’s errand, yet the dream is stubbornly chased by so many.

Because, money aside, writing is the best job in the world. Here are the top things I love about it:

11. That moment a stranger came up and told me I’m their favorite author. I mean,wow. 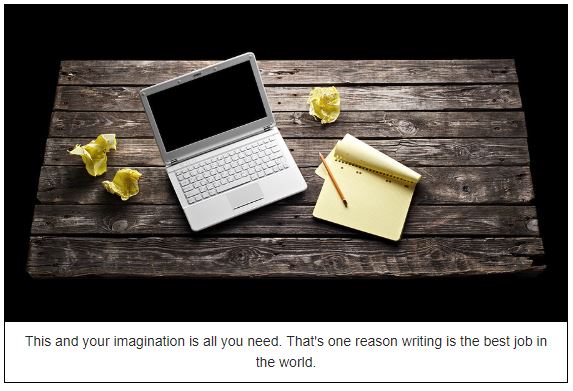 Book:  I’m in the middle of reading a handful of upcoming books, so I’m not currently reading anything on the shelves. However, I’m always looking for a good recommendation…if you have a recent read that you just loved, let me know!

Movie: Borg vs McEnroe (2017) I grew up playing tennis in Southern California in the 80’s, and in the early part of the decade the tennis world revolved around Björn Borg.  This movie reenacts (wonderfully) the 1980 Wimbledon, with Borg chasing his record-breaking fifth consecutive win. The obstacle in his path was the foul-mouthed upstart John McEnroe, who was just starting to explode onto the tennis scene. If you’re a fan of tennis–or just great sports rivalries–this is one to watch.

Comedy Special: John Mulaney’s Kid Gorgeous (2018, Netflix). Yes, I love stand-up, as I mentioned in the last newsletter. And I’ve been waiting for John Mulaney’s new hour, which just came out. Kid Gorgeous is the height of observational comedy from one of the most unique comedic voices touring today. With a powerful command of language, gesture, and irony, Mulaney is brilliantly ordinary, and harvests treasures in the most obvious of subjects, such as family drama and the struggles of getting older. These subjects are nothing new in the world of comedy, but Mulaney’s takes are.

Article: Are you a fan of both Nicolas Cage and in-depth statistical analysis? Don’t miss Fivethirtyeight.com’s detailed article on the Five Types Of Nicolas Cage Movies, which unveils that, despite his reputation for some awful  movies, Cage is the consummate risk-taker with his acting. As always, Fiverthirtyeight does a bang-up job putting numbers to match their theories. Go ahead, geek out!

Embarrassing Thing I Did

I’ve been seeing some high-school friends posting their old theatrical head shots on Facebook lately, to everyone’s great amusement. I grew up in L.A., so it wasn’t totally uncommon for some of us to think, hell, yeah,  I could be an actor. It was 1989, I was 19 and back home in California after my first year away at college.  I was looking for ways to make money in the summer, and a friend suggested I get head shots and try to get work as an extra in a movie. I remember going to Sunset Boulevard to meet with a prospective agent, a slimy, withering creature living in a cluttered, smoke-filled office. With a drooping eye and cigarette in his mouth, he suggested in addition to the head shots I get some full body shots whilst wearing a Speedo and having water cascading over me.

I did get the head shots done. And yes, I did get a part as an extra in a movie. I was a “party background dancer” in a low-budget horror movie. I don’t think the movie ever came out. I’m certain I was never paid. 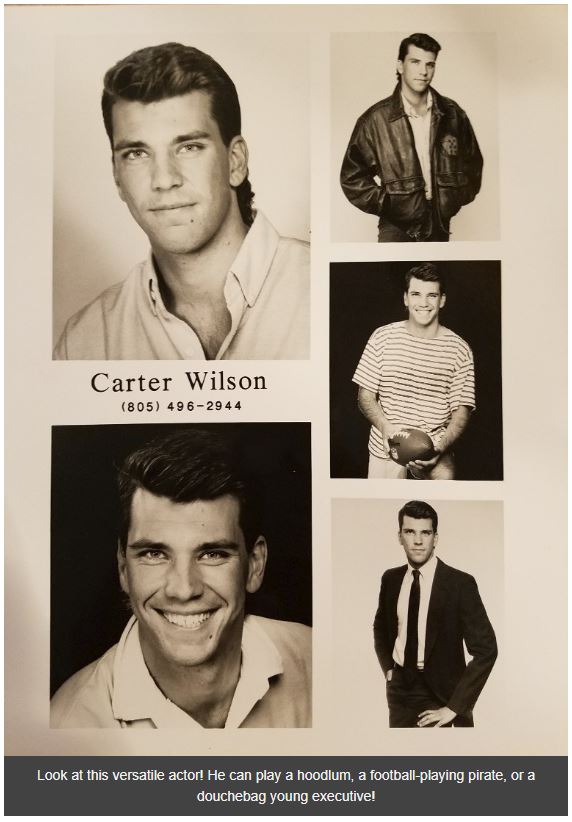 Highlight From My Cat/Children (Note: they are separate entities)

This is, sadly, very typical of a text conversation with my kids. 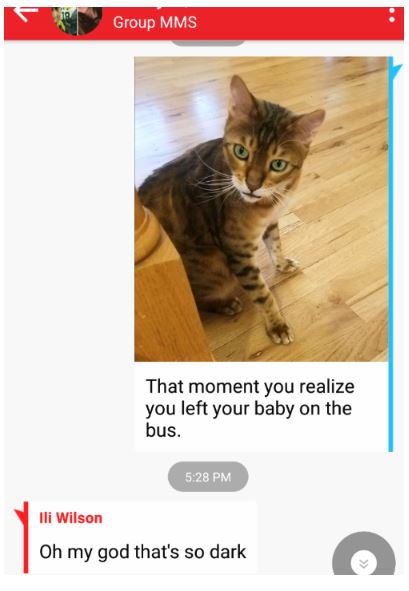