Ah, the romantic image of the writer summoned by their muse. The summoning so sudden, so unexpected, so overpowering that all the writer can do is drop everything, lunge for their laptop (or, in a more dramatic flair, actual pen and paper) and write away. Feverishly. Not even in control of their fingers. Words appear as fluidly as if the muse was whispering them in the writer’s ear. So it goes for hours, through the night, five thousand words, even ten! Each word spilling forth until the writer passes out from sheer literary exhaustion. Then the writer patiently waits for the muse to appear again…could be days, weeks. Yet they wait, because only in these fleeting moments of divine inspiration can the story, their perfect story, continue.

Writing is work. Writing is a job. And like all jobs, it can suck. There are times when it’s painfully tedious, or so difficult you’re certain of being underqualified for the job. But if you’re going to write, and I mean really write, you have to do it every day. Even (especially?) when you don’t want to. I’m not saying the whole muse thing doesn’t happen…it does. But not all that often, and if you only wait for those moments, you’re never going to finish anything. Oh, by the way, most of the time when you’re “summoned by the muse,” it actually just means you’re a little drunk and what you end up writing is mostly self-indulgent garbage.

With that, here are a few things that sometimes suck about writing:

Rant over. But lest you think I’m just a ball of negativity, next month I’m going to list all the wonderful things about writing. After all, it’s the best job in the world. 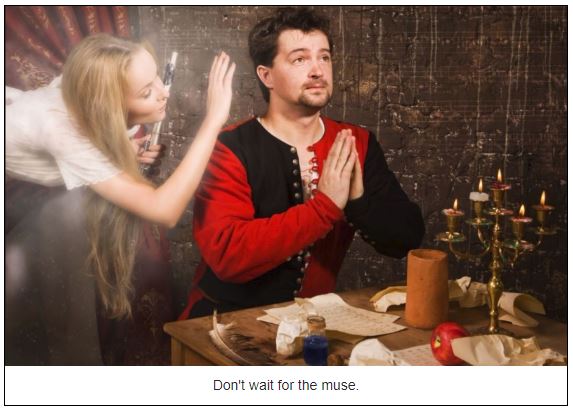 Book: Ben Macintyre’s Operation Mincemeat (2011) I’ve been on a bit of a WWII kick lately. A friend recommended this non-fiction account of how British intelligence officers hatched a plan featuring a dead body with a fictitious background to mislead the Nazis over a planned invasion. One of those officers was Ian Fleming himself, the creator of James Bond. This book reads like a novel.

Movie: The Disaster Artist (2017) I love movies about movies, and this film details the making of The Room, widely considered one of the worst films of all time. The Disaster Artist is James Franco’s homage to The Room and should really only be watched after viewing the subject film itself. If you can’t bring yourself to endure the sheer badness ofThe Room before taking in the quite-excellent Disaster Artist, you can get a good flavor of it here.

TV Show: Neil Brennan’s 3 Mics (2017) I’m always looking for a new stand-up comedian, and Netflix is the current repository of new comedy specials. I gave Neil Brennan’s new special a try and am glad I did. The former Chappelle Show writer uses three mics on stage, alternating between each. One mic is used for one-liners, another mic for fierce and funny observational comedy, and the third mic for brutal, dark honesty about the comedian’s abusive childhood and ongoing struggles with depression. Somehow, it all balances and blends perfectly.

Stupid Thing I Did

I stink at remembering people. Just horrible. I could meet you on three separate occasions, and on the fourth I’ll stick my hand out and say, “Hi, I’m Carter.” I mean, seriously, all the time. A lot of times you can get away with this ignorance by staying quiet. You know when you’re forced to face your own stupidity? At a book signing.

The person walks up, hands you the book to sign. You’re certain you know this person. And you’re also quite sure you’ve met them enough times where you shouldn’t be asking their name.  So you have to say something like,  “Can you spell your name for me, just so I don’t get it wrong?”

Big-name authors have a handler who ask each person to write their name on a sticky note. I had this once, and it was beautiful.

This is for all of you who have told me what a beautiful cat Guff is. 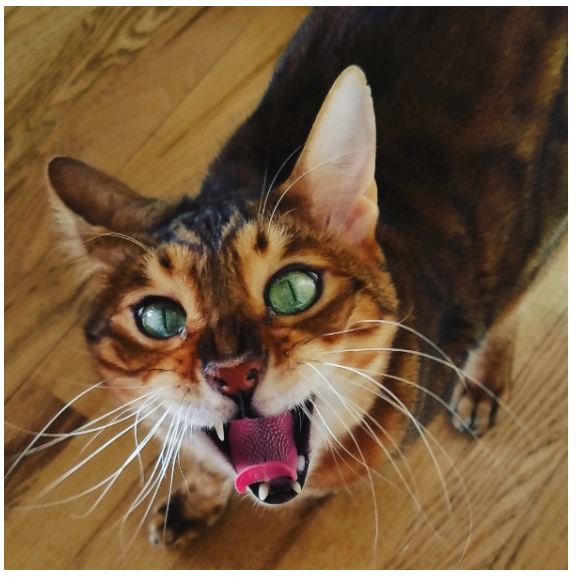