I ended 2018 with my annual ghost-hunting trip at the Stanley Hotel in Estes Park, Colorado. For those of you unfamiliar with this tradition, for the past five years I’ve gone to the famously haunted hotel to do some writing and search for spirits (including tequila). The Stanley is a beautiful 142-room Colonial Revival hotel nestled in the mountains, and since it’s over a hundred years old, of course it’s haunted. 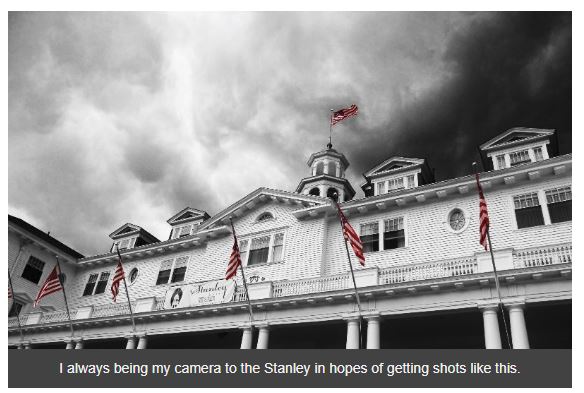 The hotel’s true claim to fame is as the inspiration for Stephen King’s The Shining. King stayed there back in the seventies. He and his wife arrived right before the hotel closed for the winter, so they were the only guests. They stayed in room 217 and King had nightmares that ended up forming the basis for his famous novel.

But tales of ghosts at the Stanley precede King’s visit by decades. In fact, there are seven designated “spirited rooms”; these are the rooms with the most reported supernatural activity over the years. Aside from 217, the other spirited rooms occupy the hotel’s infamous fourth floor, the top level of the hotel. So far, I’ve stayed in four of the seven spirited rooms, and also in a few other fourth-floor rooms. Nothing too out of the ordinary has ever happened to me, though I did have a creepy little incident in room 401 a couple of years ago.

This year, Jessica and I went up on December 22nd and reserved room 428, one of the spirited rooms. I had never stayed in 428 before, and if you were to Google it, you’d find entries like this:

“Really, you get a badge of bravery for staying in any room on the fourth floor. But, bonus points if you can book room 428. Guests have reported hearing footsteps above them and furniture moving about. But that’s actually physically impossible given the slope of the roof, tour guides say. The real haunt in this room, though, is a friendly cowboy who appears at the corner of the bed.”

Our room was spacious, and since it was on the top floor in the corner, we had windows on two sides with a perfect view of the Rocky Mountains.

We started our evening with cocktails in the Stanley bar, where we each got some writing done. Then it was off to a lovely dinner nearby, and back again to the hotel bar for an espresso-martini nightcap. We noticed a guy sitting at the bar who was there earlier in the evening and was still there upon our return. He was an older man, Santa-looking, and was wearing a cowboy hat. He’d been laughing non-stop with a friend when we left, and still was now. His laugh was a mixture of a howl and a cackle, with the volume of an airplane engine. Our first concern was those poor bartenders who had to politely listen to that cacophony for hours on end. Our second concern was for ourselves: holy shit, what if HE’S the cowboy ghost? Is that who will be visiting us in the middle of the night?

On our way out of the bar we passed right by this guy. He and I made eye contact and, for whatever possessed me in that moment, I decided to point a finger at him and say, “You’re a goddamned lunatic.” He laughed and wished us a good evening.

I saw him, he saw me, we communicated. He probably wasn’t a ghost. 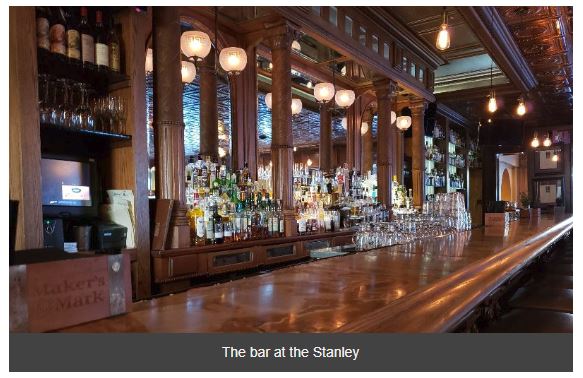 Back in the room, it was late and we decided to get some sleep. About this time we heard the first thump in the room. It wasn’t a knock on the door or a sound from the hallway. It was the kind of thump that sounded like something was in the walls or on the floor above. Remember, two of our walls faced the exterior of hotel, and we were on the top floor. 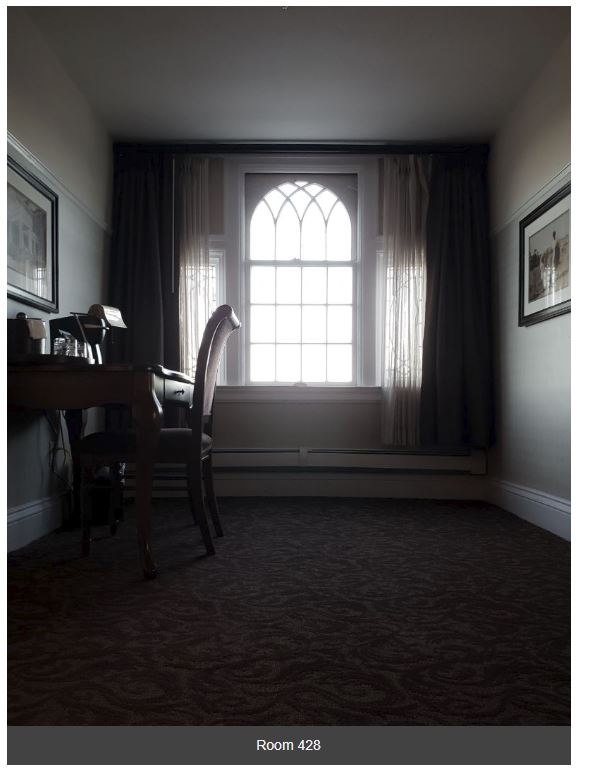 It was just a simple thump, one which we proceeded to hear throughout the night. It was loud enough to wake up Jessica a few times, and in the moments neither of us were sleeping, we both heard it. I had stayed in several fourth-floor rooms over the years and had never heard this thumping before. We didn’t get a lot of sleep that night, and the brief moments I did sleep were filled with bizarre, disturbing dreams.

At check out the next morning, the front-desk clerk asked how our stay was. I told her there was a lot of thumping and she nodded and told us other guests on the fourth floor had said the exact same thing. Then she told us that a couple staying on the second floor checked out at 1:30am because their lights and bathroom faucet kept turning on and off by itself.

To which I thought, those lucky bastards. 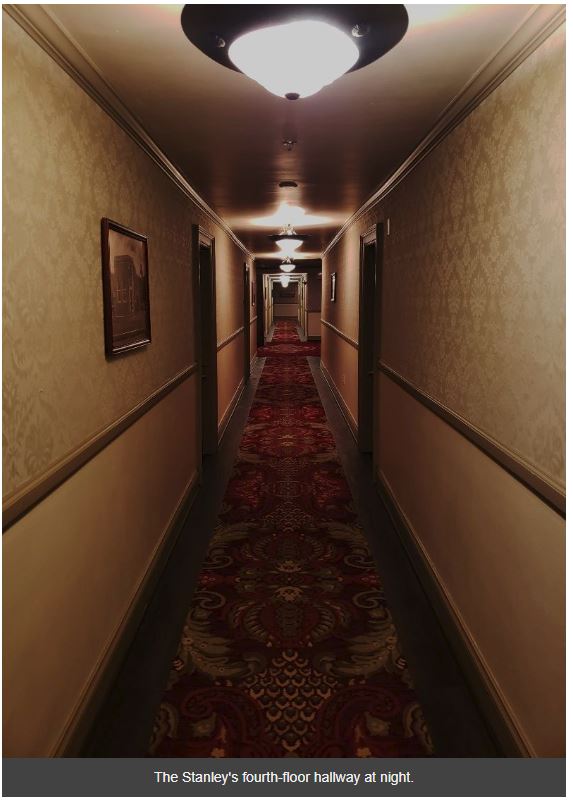 I have a few spirited rooms left before I start going through the rotation again, and I already have my eyes on 217 for next December. If you have any suggestions for cool haunted hotels to stay in, send me a note.

What I’m Watching
Three Identical Strangers, 2018. A fascinating documentary about triplets separated at birth and reuniting years later. The story of the three brothers finding each other later in life is intriguing enough, but the film takers a dark and unexpected turn when the circumstances behind their separation are uncovered.  This movie is at turns heartfelt, riveting, and disturbing, and I was particularly engaged because my upcoming book, The Dead Girl in 2A, involves some sinister conspiracy theories about adopted children, which, after watching Three Identical Strangers, turn out not to be so far-fetched after all.

What I’m Listening To
Dr. Death, 2018, a Wondery podcast.  This is a true-crime podcast that will make you never want to visit a doctor again. This wonderfully narrated 13-episode series describes in jarring detail the professional life of Dr. Christopher Duntsch, a Dallas neurosurgeon who turned out to be a brilliant bullshit artist and was vastly under qualified to be performing the complex back surgeries he did. This monster left a massive trail of death and damage in his wake, and the medical community was too inept and scared to stop him. A macabre story and a scathing indictment on the American medical system, Dr. Death is worth a few hours of your time.

Photo of the Month
Some of you might know I’m also an avid photographer (you can check out some of my work here). This month I was fortunate to get a shot of a beautiful, great-horned owl in a tree behind my house. 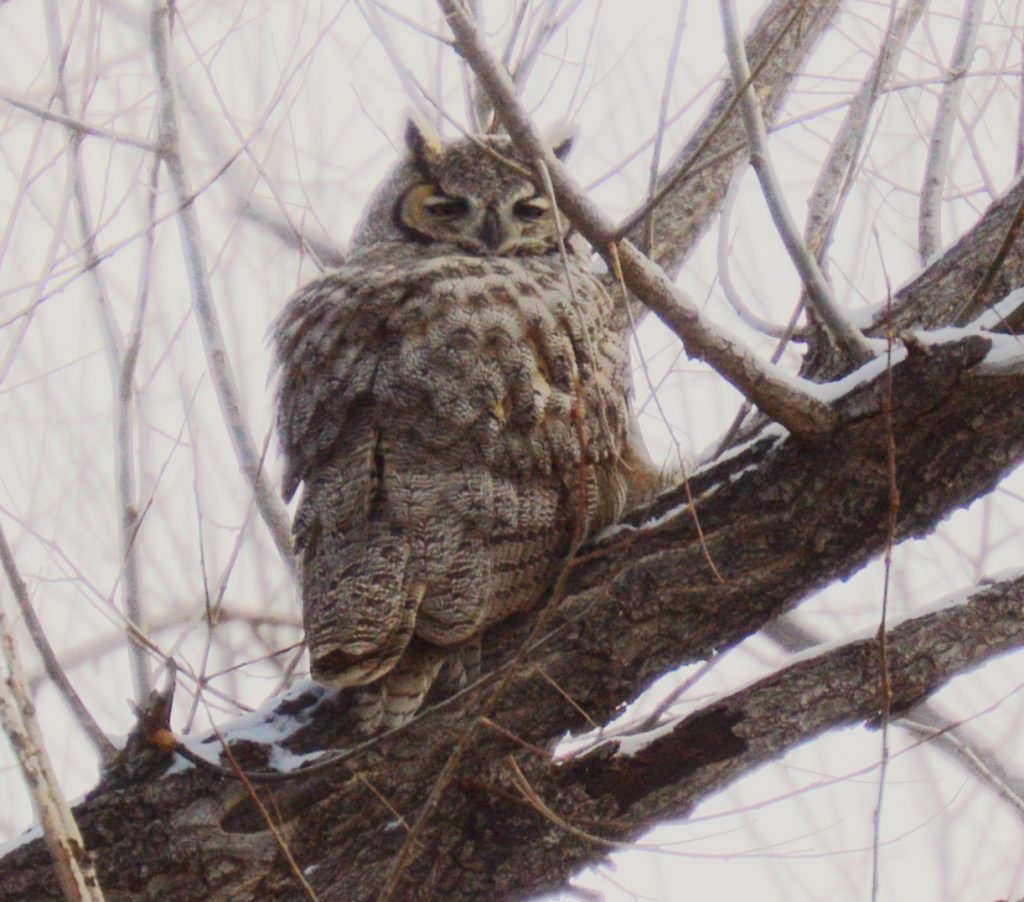 My daughter got into the holiday spirit by baking Christmas cookies. Her favorites were person-impaled-by-stake and shark-attack-victim. 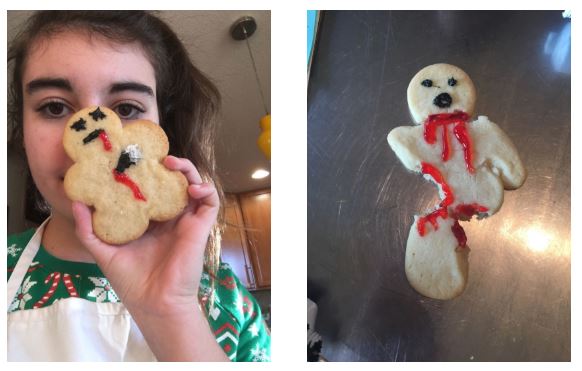 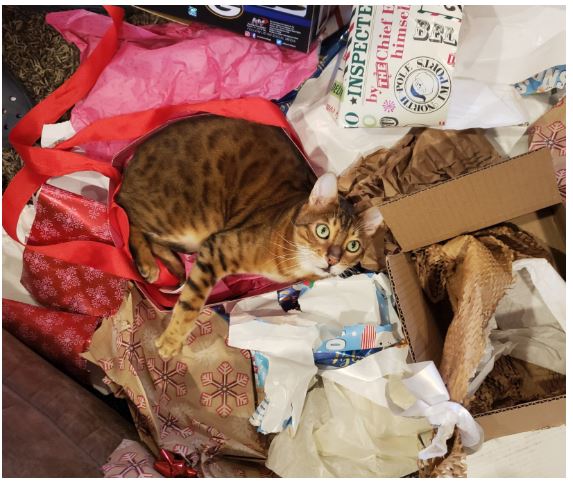 What Santa Got Me

Every year I leave a margarita out for Santa. Well, this year he gave me a beautiful pitcher engraved with the name of my signature drink. If you want to know the recipe for the Carterita, it’s detailed on the acknowledgements page of my fourth book, Revelation. 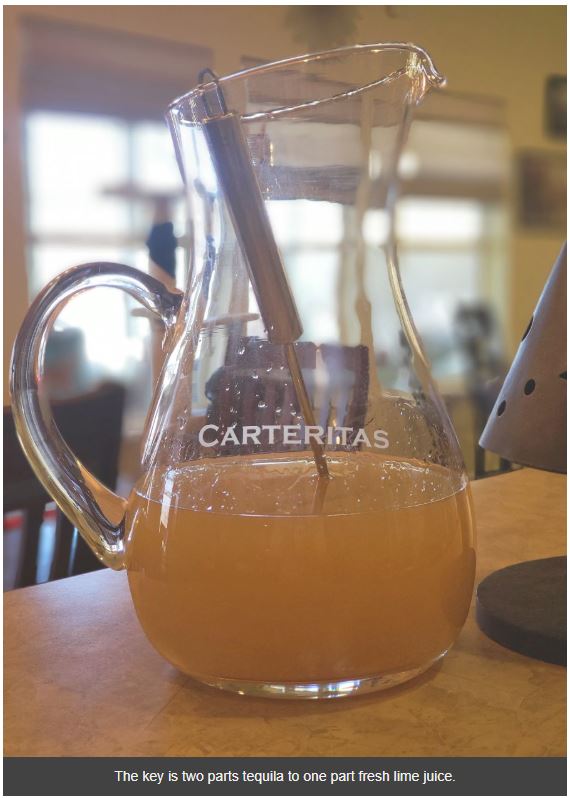