Rejoice, as the Halloween highlight reel is here.

As my long-term readers know, each year I comb though video footage to collect the choicest screams from my Halloween house-staging. This was the first year I moved the set from the porch to inside the garage, allowing for a more elaborate fright experience (and three cameras!) Total trick-or-treater count was down a bit this year to 217. Part of that was the cold weather (25 degrees at 6pm), but the other part was many kids couldn’t find my door for the candy and kept walking. My neighbor counted around 250 kids at his house.

Still, there were enough screams to go around, as you can watch below. 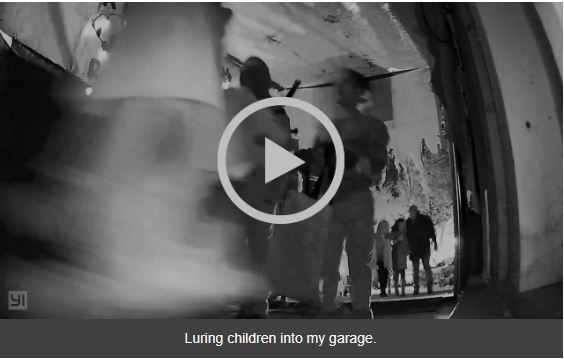 And to complete the effect, I dressed up as Chief Hopper from the show, complete with name tag and Hawkins Police patch. When the kids knocked on my door, I focused a blazing flashlight beam in their frightened little faces and asked if they’d seen Barb. 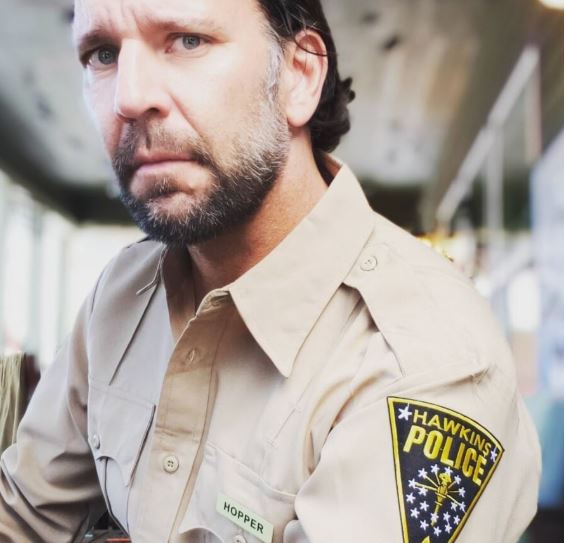 The Institute, Stephen King (2019, Scribner).  A big fat Stephen King book arrived in the mail and it felt like an early Christmas. The Institute is King’s latest and his best since 11/22/63 (which remains my favorite work of his in the last twenty years). King’s plot foundation usually consists of a fantastical premise buttressed with elements of reality. This book is somewhat different in that the mystical elements take time to unfold, and the basic premise–while implausible–is rooted in enough realism to make character attachment particularly effective. To go too much into plot would be a disservice, but the story centers on a secret institute into which conscripted children are experimented upon for the betterment of society. Most of the book is written from the points of view of various children, and King is excellent while inside their voices. But he’s even better in the limited time he spends in the view of the Institute’s adult guardians; this is when the prose is at its most sinister.  If you’re a King fan, this is one you buy full-price hardcover and add it to your shelf.

Side note: If you read King’s book and my latest, The Dead Girl in 2A, you will note some pretty interesting parallels. No, I’m not comparing myself to Stephen King. However, some of the plot points are eerily similar. When you consider each book deals with orphans in a secret, special school who are subjected to all kinds of weird experimentation for the ostensible greater societal benefit…I mean, that’s pretty crazy. Moreover, King has kids getting dunked in a tank, and the weird things that happen there is almost identical to what happens in the pool I describe in my book. Twisted minds thinks alike! And, for the record, my book came out first, lest anyone think I’m a thief… 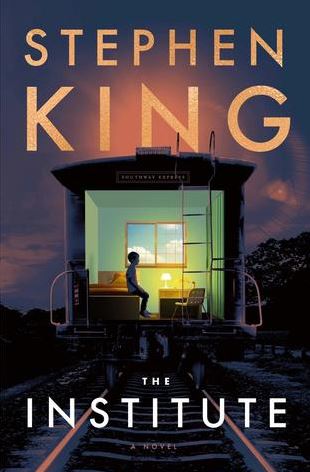 What I’m (re) Watching

Fargo, Season One, (Hulu and other streaming platforms, 2014).  The movie Fargo is a gem and a study unto itself, but season one of the eponymous television series is a treasure trove for writers. The first season of Fargo is a master’s course in effective dialogue and antagonist-development. Case in point: toward the end of the pilot episode, Lorne Malvo (Billy Bob Thornton) is pulled over at night for speeding by small-town cop Gus Grimly (Colin Hanks). Hanks’s aw-shucks, Midwest attitude is beautifully contrasted by Thornton’s dead-eyed, emotionless delivery. When Hanks asks for his license and registration, Thornton counters with a chillingly honest assessment of what will happen next. It’s tense and original, with even a reference to old-world maps using there be dragons to indicate unexplored territories.

A particularly scary villain is one who is understated and true to his or her twisted beliefs. Thornton’s only weapons in this scene are his words and his confidence, both of which are used to full effect. The best writers are those who make their bad guy or girl believe fully in what they are doing, and have them do their horrible deeds with a detached calm. See also: Chigurh (No Country for Old Men). 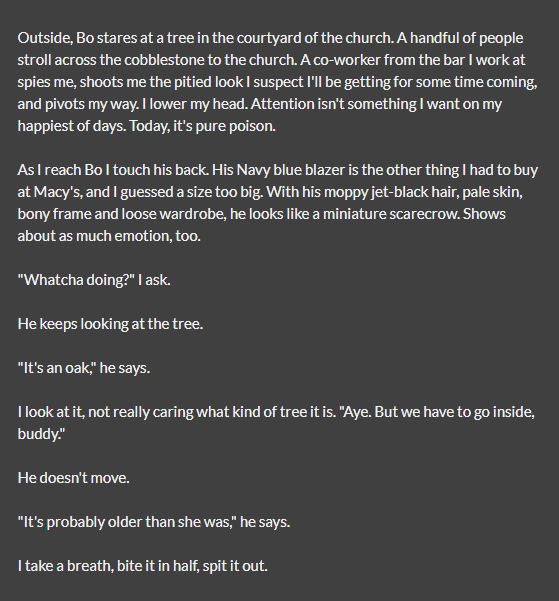 Photo of the Month
Jessica and I spent a wonderful week in Maui in early October. This shot comes from the northern coast near Kapalua. Heart rock! 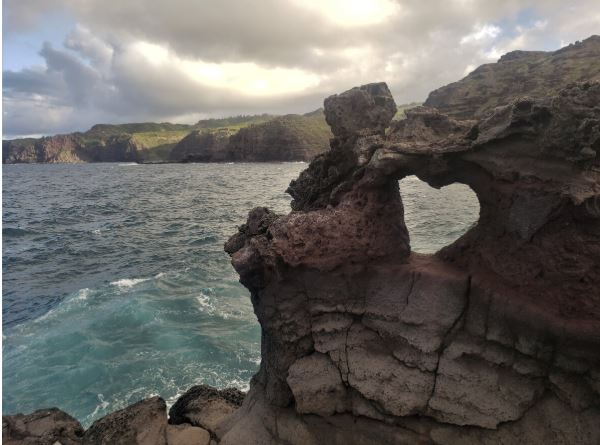 Most of the times voice-to-text is amazingly accurate. Once in awhile, not so much. Hence, this awkward reply to my son’s text. 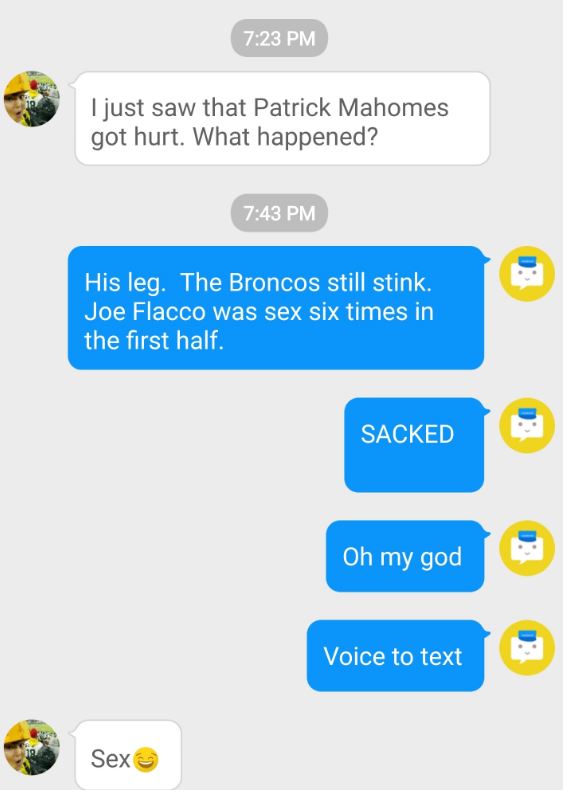 Have you ever seen anything more worthless? 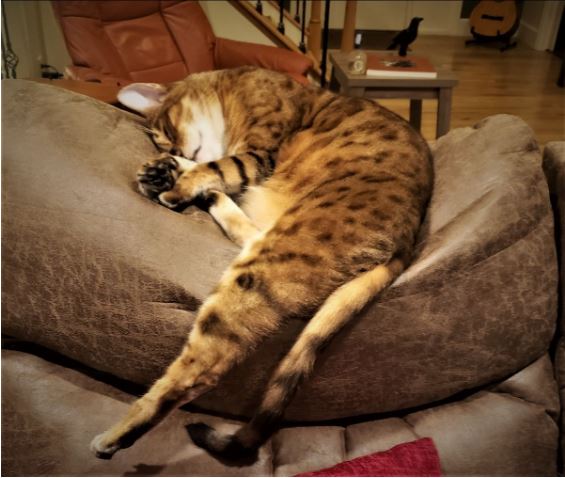 The bobcat is back, and there’s a special surprise this time. BOBKITTENS! They are so goddamned cute I want to snatch one and keep it as a pet. I wonder if Guff would win in a fight with a bobkitten. Probably, but only because he’d do some shady shit.

This video was taken in my backyard in mid-October. Forgive the few seconds of nothingness after the :26 mark, but keep watching to revel in all the fuzziness. Click the photo to jump to the video. 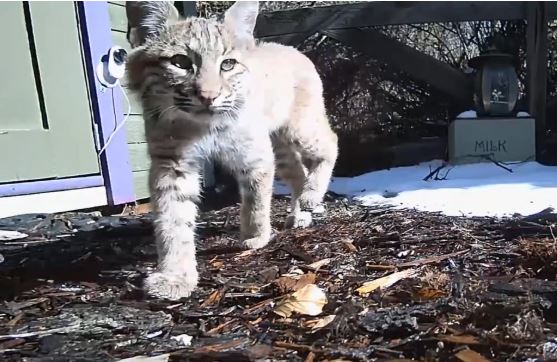