Feb 1, 2020 | Uncategorized, What's Entertaining Me, What's in my backyard

This is the time of year I walk into my hometown gym and there’s twice as many people as usual. Everyone’s ready for the new year. New resolutions, fresh dose of determination. But did you know less than 10% of people keep their New Year’s resolutions? (source: the internet, so it must be right). And sure enough, by February, my gym is more or less back to the same familiar faces.

Achieving goals is hard. But I think setting them is absolutely necessary.

I preach goal-setting often when I lecture about writing, because creating milestones is the only way I can stay sane in a very unpredictable business. When I began writing my first novel, I didn’t think I’m going to become a rich and famous author (anyone who does is most likely doomed to fail). Rather, I thought, I’m going to write this one book. Each book was its own goal, until the goal became to have one book published. When that goal was achieved (after years of rejections), the new goal was to get a little bigger with my next book, and so on. Finally, after 18 years of writing, I’m at the point where my next goal is truly to be able to live off my writing (the ULTIMATE goal). I don’t know if I’ll ever get there, but I’m closer to that objective than I’ve ever been, so it doesn’t feel impossible.

And those big goals are composites of smaller sub-goals, the actually nitty gritty of getting shit done. The day-to-day hard work. When people tell me they could never write a book, I break it down for them. Five hundred words a day, I tell them. That’s my goal. Five hundred words, seven days a week. If I can keep that pace, I can produce a 90,000-word (typical length) manuscript in six months. How long does it take to write 500 words? About 30-45 minutes.

Of course, I can’t always keep that pace. Things pull me away from writing, so it’s closer to twelve months than six to complete a manuscript, but without my daily goal of five hundred words I’d be untethered to any sense of completion.

Goals should be challenging but realistic. You should be proud of yourself in achieving them, but not give up on yourself if you fall short. Goals make you accountable to your own sense of purpose, help you create a sense of accomplishment and struggle. For me, goals provide direction and focus, and I set them in many parts of my life. Daily, monthly, yearly.

Finally, it’s important to learn when not to set goals. When it’s okay to float around, a bit aimless. Sometimes it’s just good to sit back and let life wash over you, letting the now take priority over the the next.  I’m not as good at that, but I’m learning.

So don’t feel like you missed the New Year’s rush to set a goal. Start it today. If something’s important to you, an overall objective, break it down into achievable chunks and hold yourself accountable as you make your way through. It’s okay if you fail–many of us do, at least the first (or second, or third) time around.

Born Standing Up, Steve Martin (2008, Scribner). If you’ve been reading these newsletters you know I’m a fan of stand-up comedy, and Steve Martin’s memoir is a fantastic read if you’re interested in how a person chooses to enter this brutally difficult profession and beats the odds to become an icon. Additionally, Martin can write. As the author of a bestselling novel along with a play, he knows how to turn a phrase, and his style has a soothing, easy-going flow that is occasionally punctuated by jolting hilarity.

This book has particular appeal to fans of all the comedy greats of the 70’s and 80’s (of which I’m one). Martin knew everyone, and has an anecdote for them all. 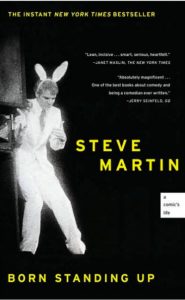 The Confession Killer, Netflix (2019). Henry Lee Lucas confessed to the murder of his girlfriend and her mother in Texas in the early 1980’s. While being arraigned, he began confessing to others murders. Then more. Then many more, eventually having claimed to have killed upwards of 600 women all across the United States. The confessions were so overwhelming that the Texas police created a task force to communicate with agencies all across the country, hoping to solve scores of national cold cases. Lucas became somewhat of a celebrity among the police forces, able to provide information about a multitude of previously unsolved homicides, giving both victims’ families and law enforcement agencies some kind of closure.

But how many murders did he actually commit? Was Lucas just confessing to the other murders because he craved the attention created by his notoriety, or did he actually kill hundreds of people over the course of years? At only five episodes, The Confession Killer is a fast and worthy watch for those interested in serial killers, law-enforcement procedures, and the psychology of murder. 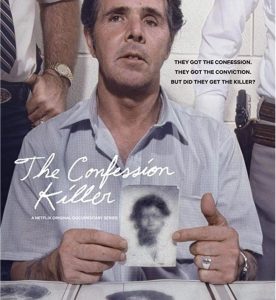 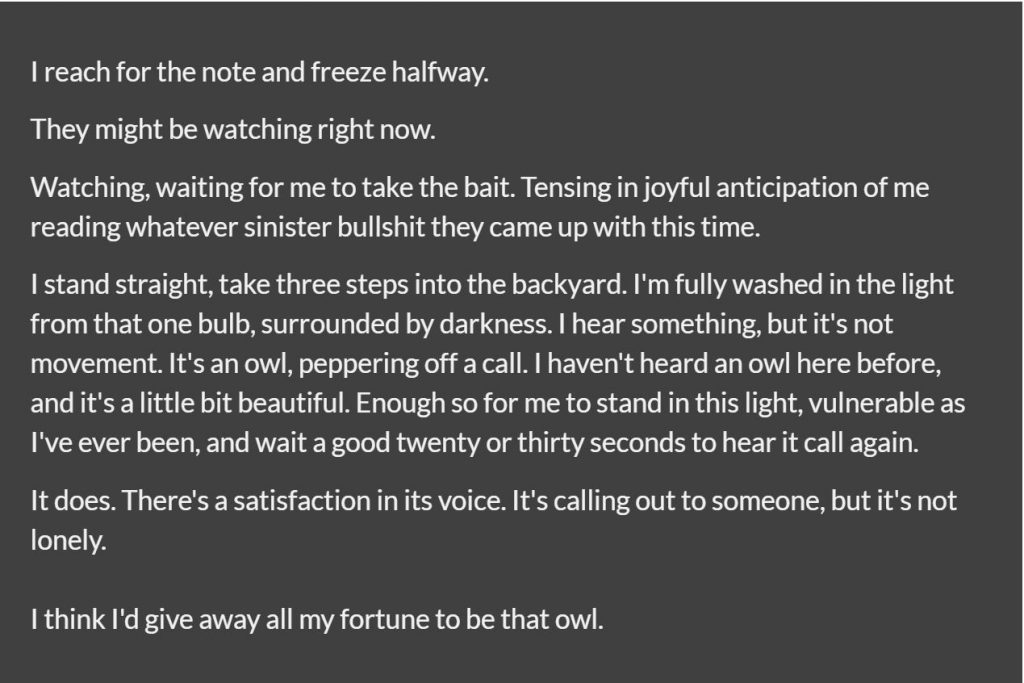 Cornstalks in snow, taken about five miles from my house. 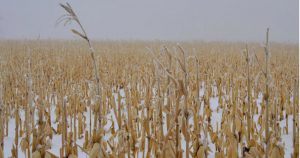 A note written from my son to my daughter:

“Ili, thanks for not being a jerk to me like most sisters are to their brothers. Thanks for being a friend and making really awful and inappropriate jokes with me…”

Update From My Cat Sister’s Dog

Meet Penny, a year-old Corgi who lives a very charmed life in upstate New York. She’s 27 pounds of chonk and loves belly rubs and barking at anyone who dares walk within three miles of her house. 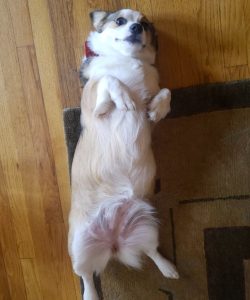 Embarrassing Thing I Did

So I tend to have messed up dreams, and the occasional nightmare. Once in a long while the dream will be bad or jolting enough to make me shout in my sleep. You can imagine this is fun for Jessica, who gets to be startled awake by a lunatic.

So I did this recently, but IT HAPPENED ON A GODDAMNED PLANE. That’s right. I was traveling with my kids and mom to New York to visit my sister’s family, and I dozed off. I was dreaming of falling, and the moment I hit the ground in my dream I shouted out. LOUD. I opened my eyes and the entire plane was staring at me like I was psyching myself up to storm the cockpit. My son, sitting next to me and also sleeping, woke in abject terror, convinced we were crashing. Once my children calmed down, they spent the remainder of the flight mocking me.

So that was fun.

The bobcats continue to make the casual appearance (click pic to play video). I love it when they show up in the daytime so I can really get a good look at their markings. 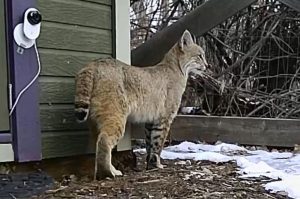