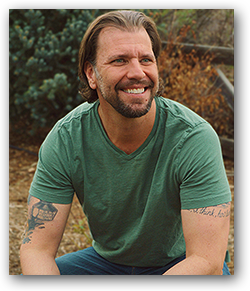 USA Today and #1 Denver Post bestselling author Carter Wilson explores the depths of psychological tension and paranoia in his dark, domestic thrillers. Carter is a two-time winner of both the Colorado Book Award and International Book Award and his novels have received critical acclaim—including multiple starred reviews from Publishers Weekly and Library Journal.

Born in New Mexico in 1970, Carter grew up primarily in Los Angeles before attending Cornell University in New York.

He lived in Pittsburgh, San Francisco, and Miami before moving to Boulder, Colorado in 1996. Throughout his life, Carter has journeyed the globe for both work and pleasure, and his travels have been a constant source of inspiration in his fiction.

Carter’s writing career began on a spring day in 2003, when an exercise to ward off boredom during a continuing-education class evolved into a 400-page manuscript. Since that day, Carter has been constantly writing, and his highly anticipated fifth novel, Mister Tender’s Girl, will be released in February 2018 by Sourcebooks Landmark. He has also contributed short fiction to various publications, and most notably will be featured in the R.L. Stine young-adult anthology Scream and Scream Again, releasing Halloween 2018 from HarperCollins. Carter currently lives outside Boulder in a spooky Victorian house.