In my six published novels, many of my characters meet a bad end. In fact, one of the main reasons I don’t write a series is I always want the ability to kill off a main character at any time. Keeps everyone on their toes.

That being said, I don’t approach violence lightly, nor should any writer. The last thing I want in my psychological-suspense books is a bored reader, and nothing evokes ennui faster than unnecessary, over-the-top violence. It’s lazy writing. I always think about the movie Jaws, and how, during filming, the mechanical shark constantly broke down, so Spielberg had to craft much of the movie without actually showing the shark. The result was far more suspenseful and menacing. The threat of the monster in the deep. The thing lurking just beyond eyesight.

I’ve certainly evolved as a suspense writer and I’m much more mindful of violent scenes than I used to be (maybe that explains the first three books that never sold). Now, as I approach a scene that could potentially involve violence, I always first contemplate the following five rules I’ve crafted around violence.

Am I writing suspense or horror? I have to know the type of person who tends to read my work. Now, I certainly don’t need to forgo my creative desires in order to placate the masses, but if I want my books to sell, I need to understand my average reader’s sensibilities. I’m still finding that some scenes I write, though I think of them as fairly tame, elicit more shock than I expect. The writer always has a higher tolerance for violence than the average reader, so if I’m wondering if a scene is too much, I’ll ask someone I trust for a second opinion.

Rule #2: Better to be creepy than gory

Of my 2018 novel Mister Tender’s Girl, Kirkus wrote, “Wilson turns the creep factor up to 11, balancing his prose on a knife’s edge.” In fact, “creepy” was one of the most-employed adjectives in all the reviews for that novel, and that suits me just fine. The book, in fact, has very few scenes of actual violence, but the mood of violence is always present.  I even described melting snowflakes as “corpses.” Sure, I can write a scene that encompasses graphic descriptions of someone being disemboweled, but is that giving my readers enough credit? When you stop short of showing the violence, the imagination of the reader will take over, creating a far greater impact. The reader will infer what happens, and what they imagine can be far scarier than anything I may have written.

When approaching a scene with violence, sometimes I’ll write it both with and without graphic descriptions (side note: this also works with sex scenes). Then I let the two scenes sit for a while before I go back and read them. As I re-read, I’ll ask myself: which scene feels smarter? Which has greater resonance? The answer might not always be the non-violent version, but you’d be surprised how often it is.

I tend to write about ordinary people in extraordinary situations, and those situations are usually unpleasant. But I can’t forget these are ordinary people, and as such violence isn’t a common occurrence in their lives. So when I do write a violent scene, I want it to matter. I want the reader to say, “What if this happened to me?” If I’ve spent enough time developing my characters properly, when the time comes that I need to plunge them into a kill-or-be-killed fight, the reader’s empathy levels will be soaring. On the other hand, if my main character gets into fights every chapter and always comes out winning, my readers will quickly grow tired.

I always try to keep in mind that less is more. (Another side note: the same can be said of profanity. I’ve actually charted my use of profanity in my books, which has helped guide my writing style as well.)

Finally, when approaching violence, I strive to make it real. I consider all consequences, both physical and psychological. When someone gets punched in the face, they rarely shake it off. If they’re shot in the leg, they don’t counter with a roundhouse kick. If one of my characters is abused as a child, I need to think about how that could affect their decisions years later. It doesn’t actually take much to damage a person’s body or mind, so I try to avoid falling into the trap of making my hero a superhero. One book that’s been helpful in portraying the reality of violence is Rory Miller’s excellent Violence: A Writer’s Guide. Above all else I focus on making my violence real, and when I do, it’s amazing how a little goes a long way.

Sure, I’ve left a lot of bodies in the wake of my seventeen-year writing career, but I like to believe I’ve developed a sense of when violence is necessary rather than frivolous. It’s a fine line to walk, but when I do it right, it resonates with my readers, which in turn makes them feel what the character does. Though that may be an intense experience, if I can make a reader truly feel, I’ve done my job. 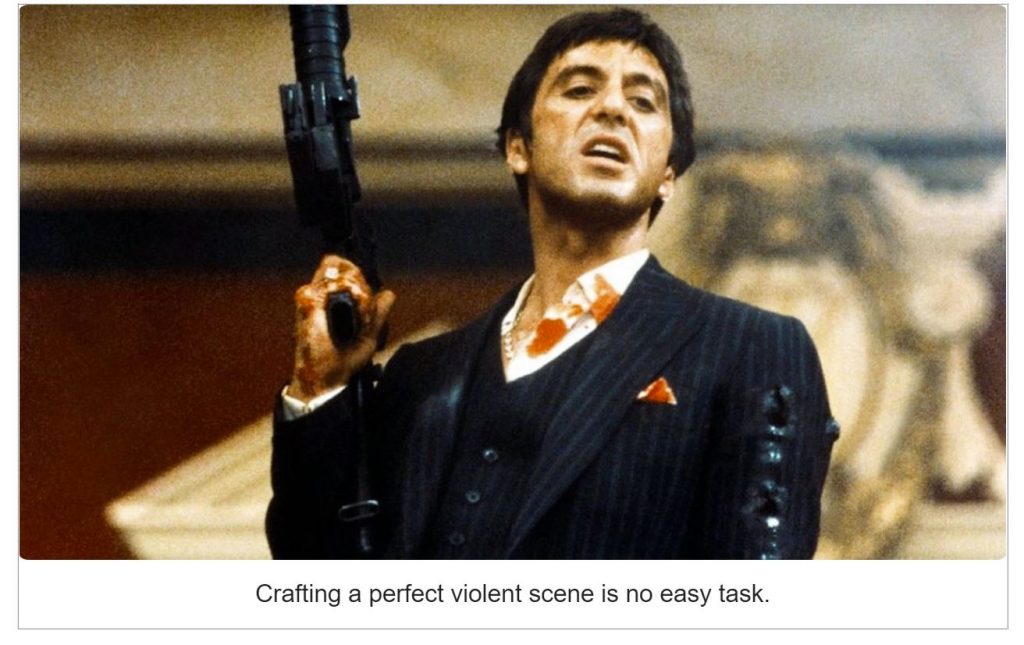 How cool is this? I received a letter from my congressperson congratulating me on my Colorado Book Award.

Thanks, Joe! Now, just let me know if you need some help with all that lawmaking stuff…I have some ideas. 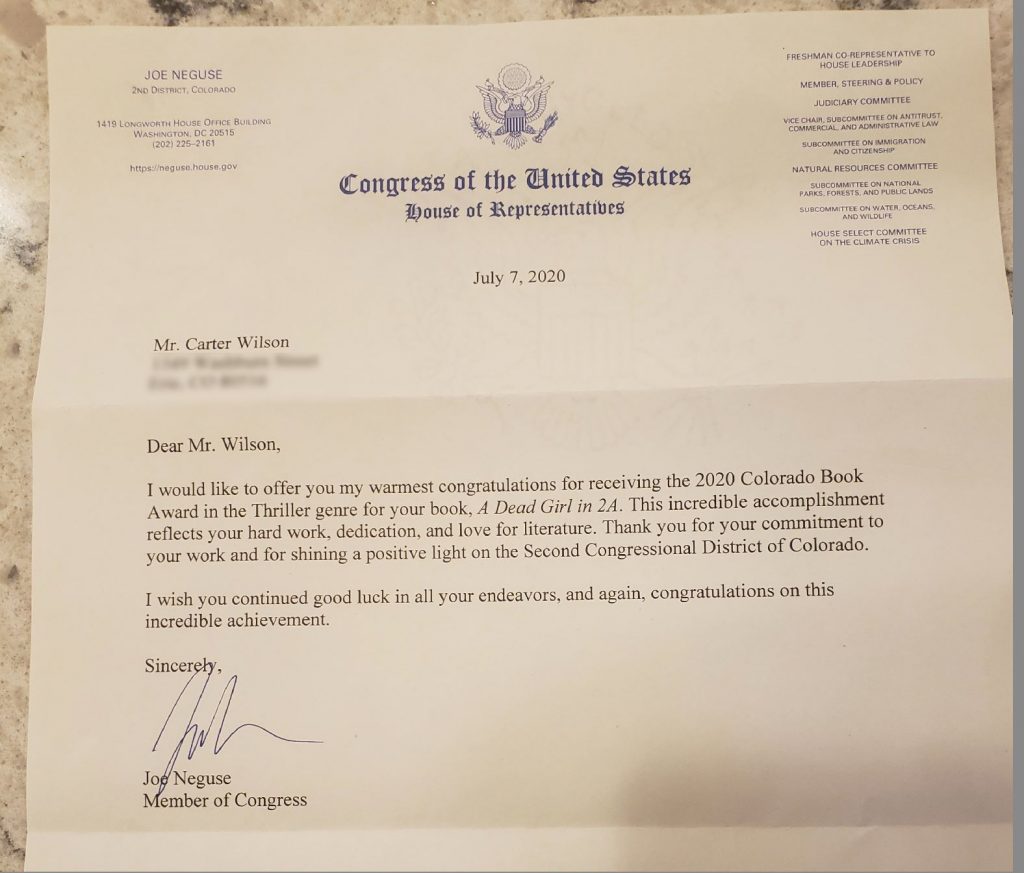 The Catcher in the Rye (1951, Little, Brown, and Company)  I hadn’t read this since high school but found myself wanting to see if my initial impression (not great) remained. This time I enjoyed it, finding vast more amounts of depth and sadness than when I was 17 (a bit ironic, since that’s the age of the main character). I remember Holden Caufield being just too damn whiny, but in reading this book as an adult what really came through was the struggle of it all. The struggle of having to figure out life while having little direction or inspiration. The struggle of being surrounded by phonies, which seems so relevant today. And the futile struggle of trying to stop time in order to preserve childhood innocence, be it your own or someone else’s. My buddy, Chris, reads this book every year, and now I know why. 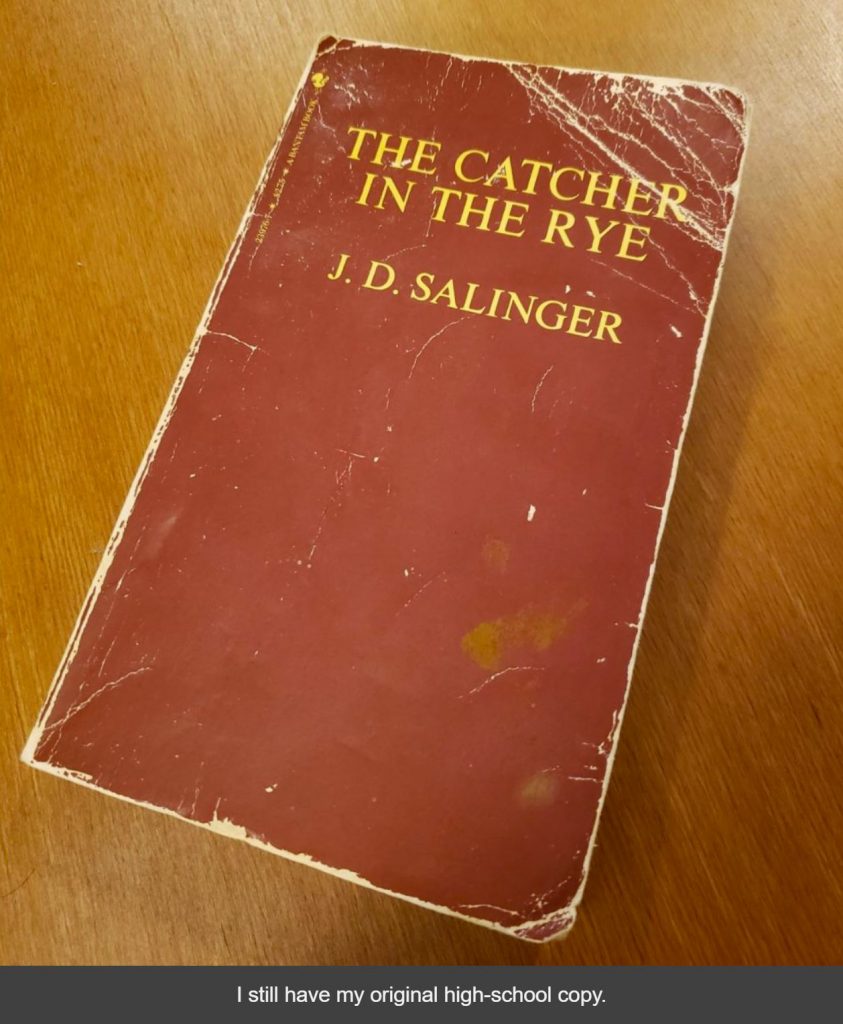 Salinger (2013, Shane Salerno) So while we’re on the subject…

I actually watched this documentary right before re-reading The Catcher in the Rye. I knew that Salinger was famous for his reclusiveness, which was the driving force behind the filmmaker’s attempt to find out everything he could about the famous author. The doc employs the use of hundreds of in-depth interviews with everyone but Salinger himself to craft an image of the man, which proves frustrating because you don’t really end up with much more information than you already knew going in. Still, it’s an engaging watch, and in particular its account of Salinger’s combat time in WWII (which began with D-Day and ended with the liberation of Dachau) makes you appreciate all of what the author witnessed that surely bled through into his future works. 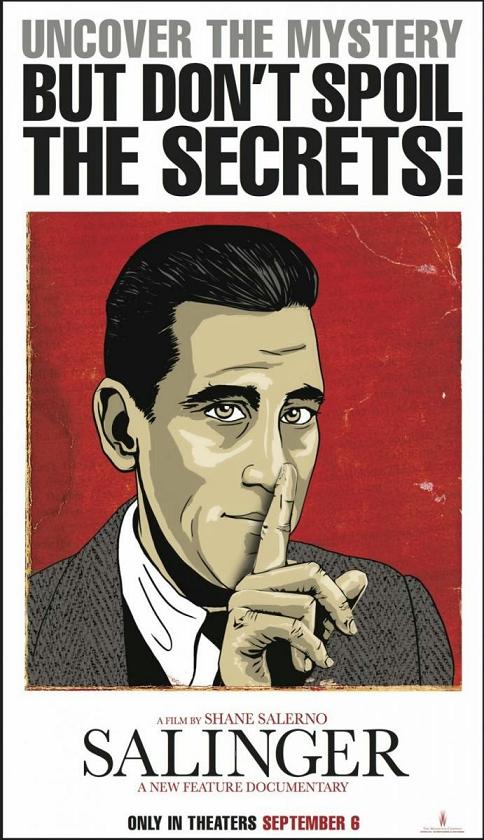 Up until my book launch next May, I’ll be sharing snippets of The Dead Husband in this space, starting with this: 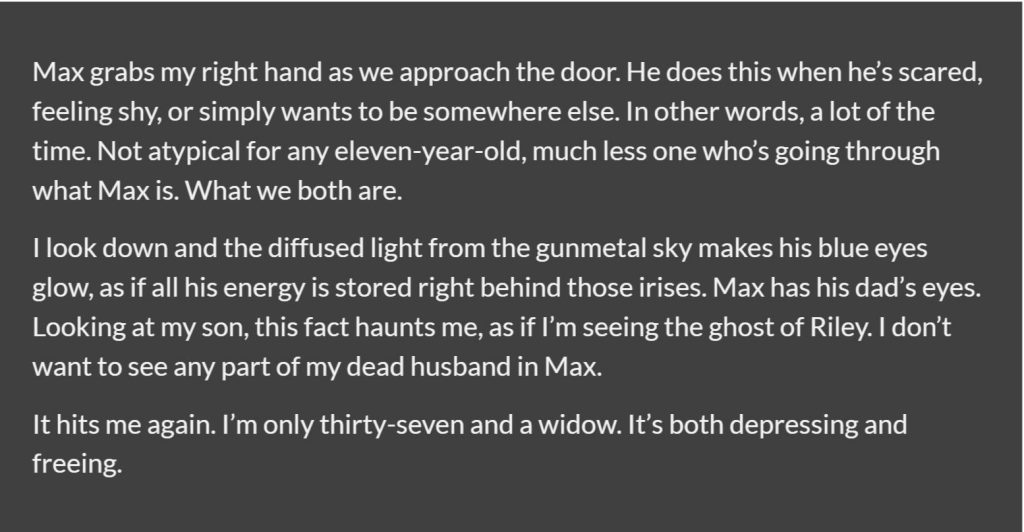 Photo of the Month
Here ya go, a shot of all my masks. Some are handmade by my mom (the raven, the coronavirus image), others are from fancy shops or Etsy. I have to say, the one I think I like the most is the Broncos one. It just fits the best, and it give me false hope of there being a football season this year. 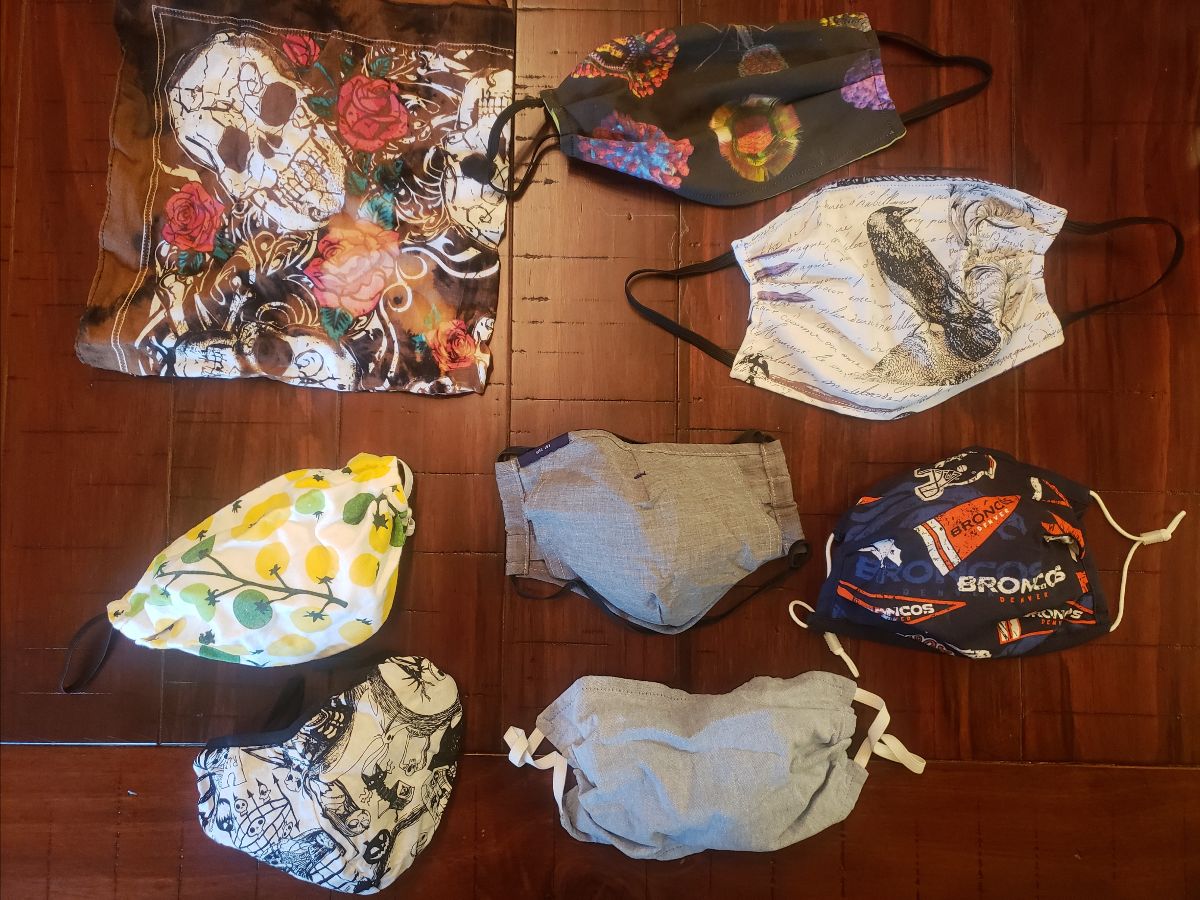 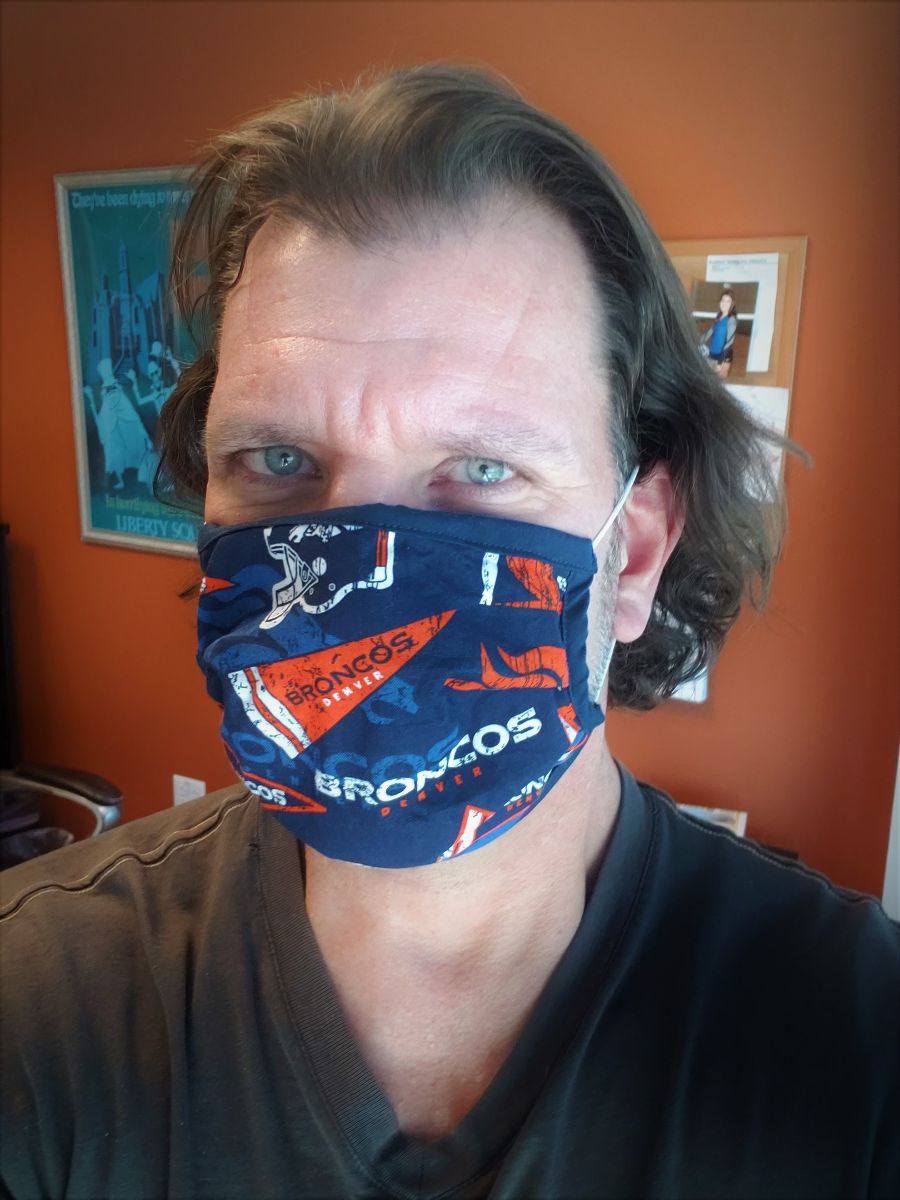 Ili and Sawyer went hiking and he asked her to put some sunscreen on his back, which she did…in the shape of a penis. Then she texted me the photo. 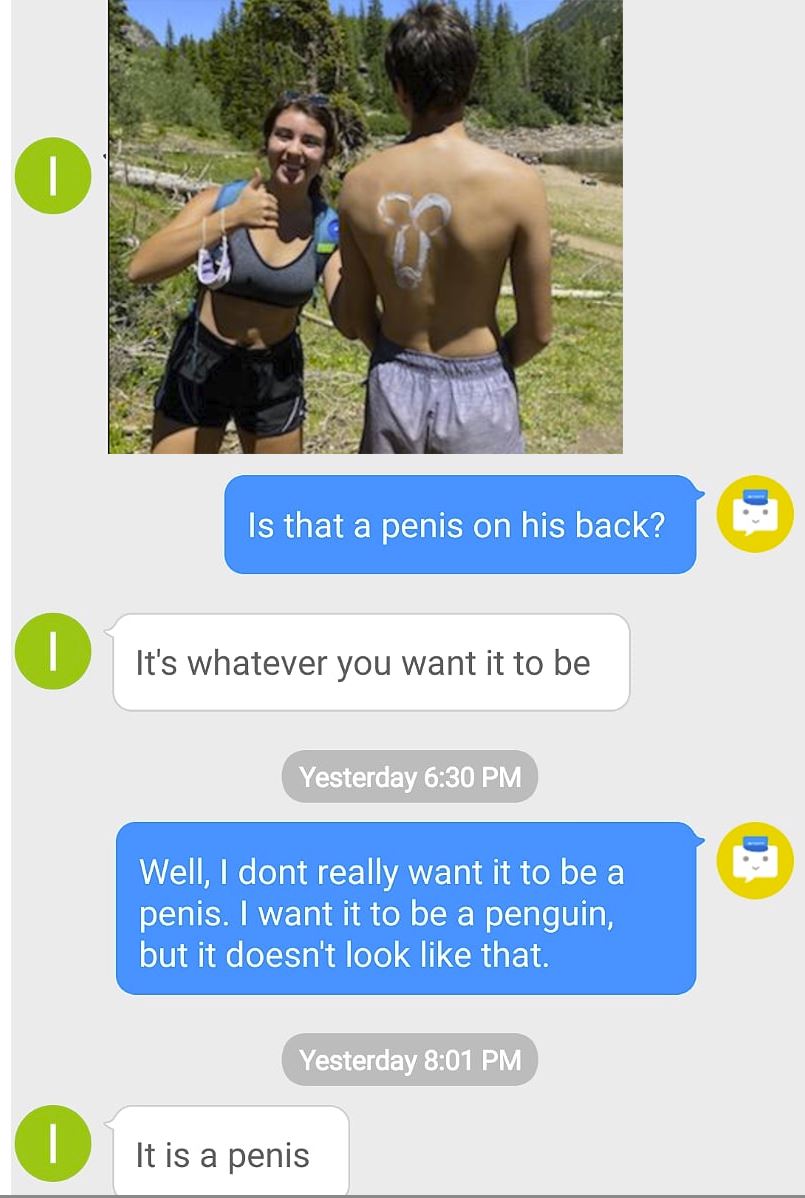 Update From My Cat Jessica’s Dog

This is Tuli, who doesn’t get enough attention in this newsletter. She’s beautiful and sweet and has a head full of rocks. She was also the inspiration behind the fictitious grocery store in my upcoming book, The Dead Husband. I even made a logo and everything! 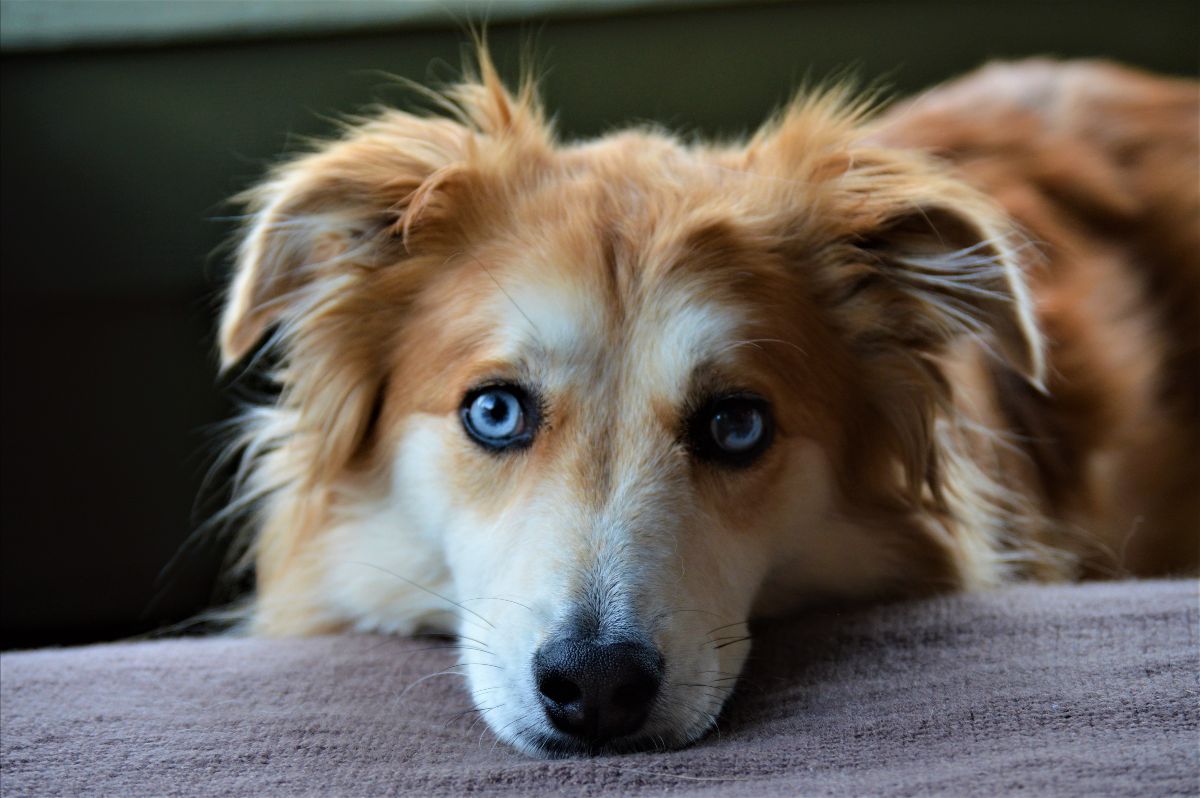 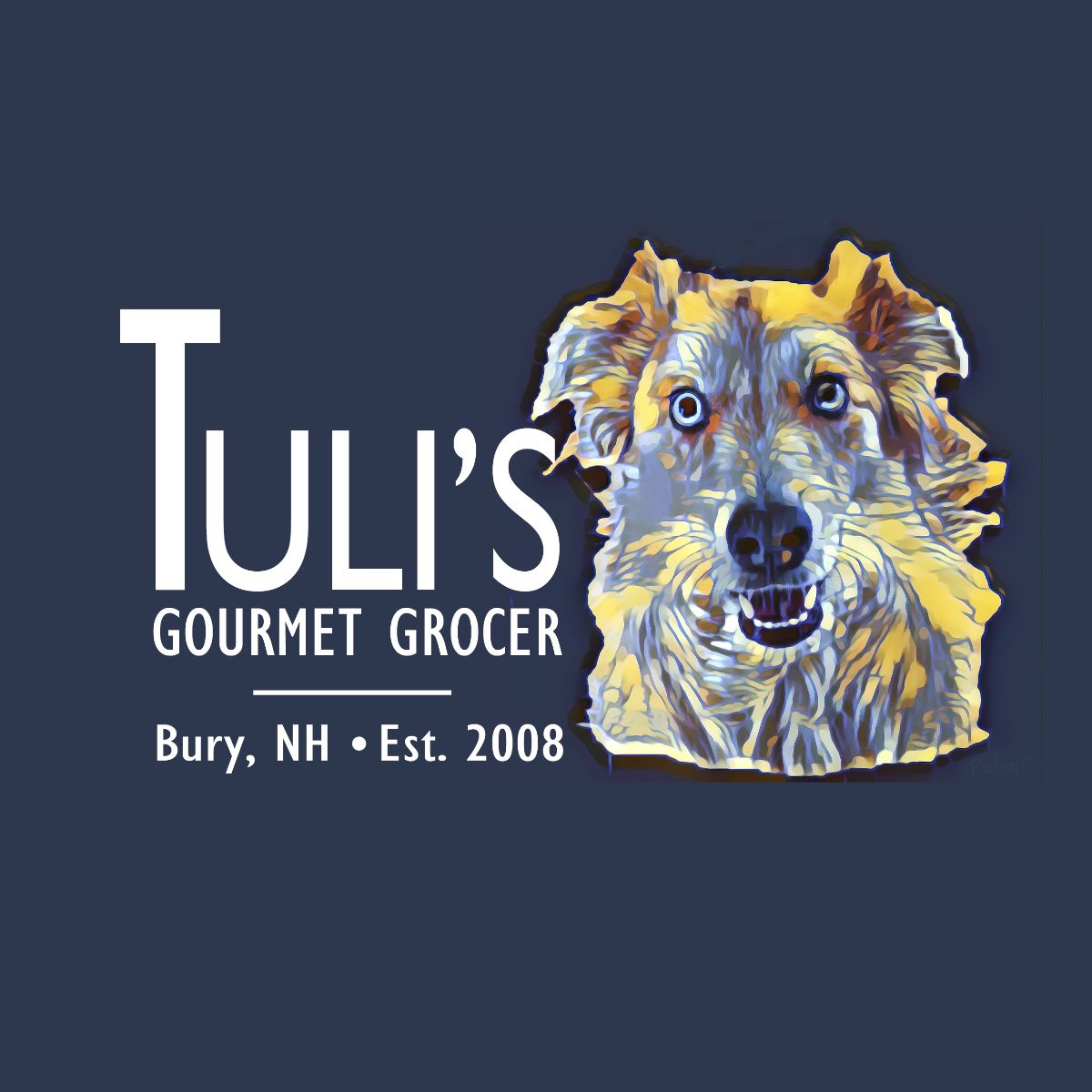 This is the bastard who taunts Guff, making him lose his mind. I feel like this squirrel needs a name. You got a name? Tell me! 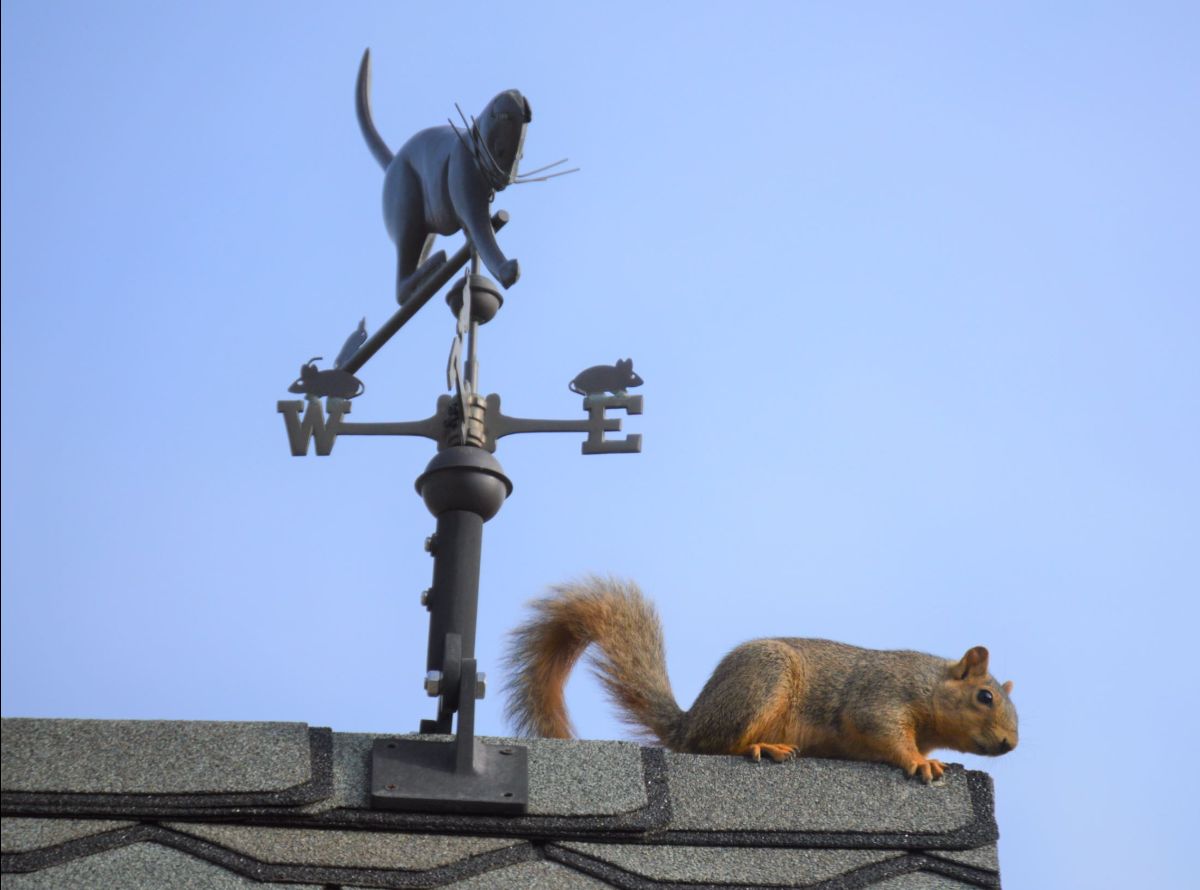 Has COVID affected any of the stories you’re writing now?

I think all novelists are going to have to think about any of their work set in the present day. Do you address the pandemic? Do you outright ignore it? For my book coming out next May, it very clearly takes place in 2020, but of course I finished writing it in 2019. Now that we know what the landscape of 2020 actually looks like, I didn’t think there was a way of keeping my timeline and not addressing the pandemic. I mean, there’re scenes with people out in restaurants and everything! So I had to backdate everything to 2018.

Have a question for me? Ask me something interesting and I might just answer in my next post. Email me HERE. 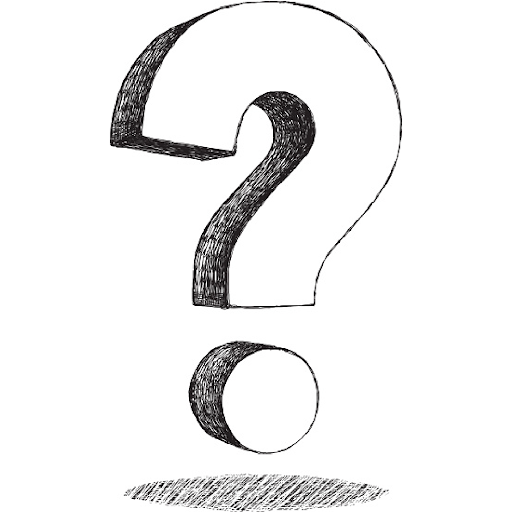