Well, so much for hoping the flip of the calendar into 2021 would magically erase all the shit 2020 threw at the wall. COVID is worse than ever, murderous rioters descended on the US Capitol, and Netflix took The Office off its platform. Two weeks into this year and it’s like: 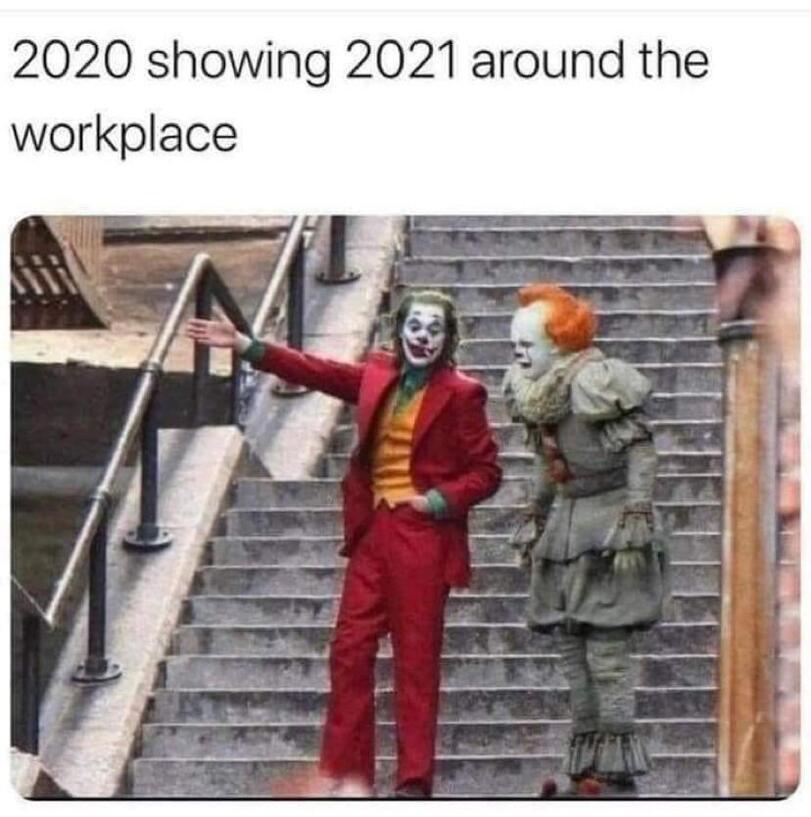 Still, I remain hopeful that at some point in 2021, things will become a little more normal, inasmuch as the concept of normal still exists. With that in mind, I’ve made a to-do list for this year, and I’ll remain optimistic on being able to get to most of these by December 31st. Or by the Apocalypse. Whichever comes first.

Still getting some early praise in for my upcoming book, The Dead Husband. Let’s hear from Julie Clark, wonderfully talented author of the 2020 New York Times and USA Today bestselling breakout thriller The Last Flight: 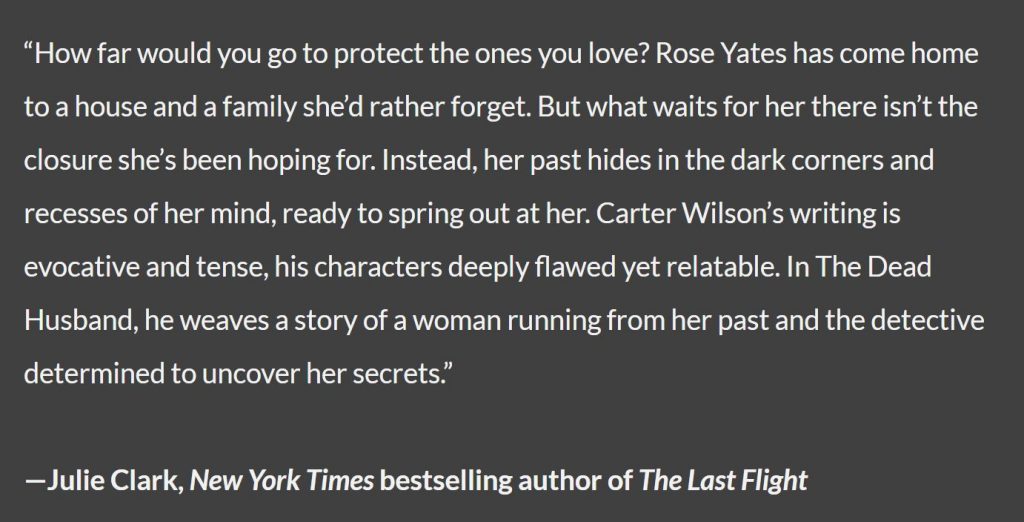 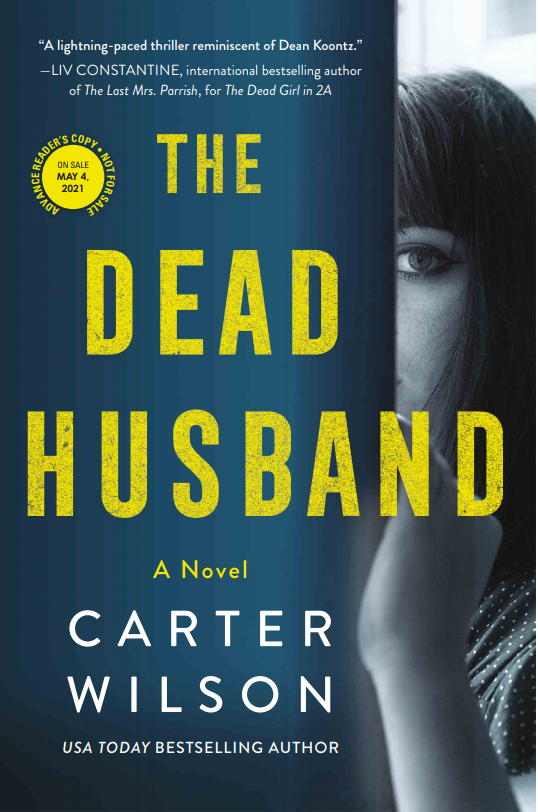 Uncommon Type: Some Stories, Tom Hanks (Random House, 2017) – Yes, that Tom Hanks, and it’s not surprising he’s more than just a great actor. This book of short stories came out a few years ago and when I discovered it (somewhat randomly) thought, hey, I’ll bet those are happy little stories that will give me pleasant dreams. Well, not so much, but in a good way. The conceit of the collection is that every story has a typewriter in it, and it could be central to the story or just a passing moment. I don’t think Hanks really needs this gimmick, as the stories hold up just fine without it. If there’s one true thread to the stories it’s the raw emotion present in his writing. There’s tremendous tenderness (“Three Exhausting Weeks”), fear and regret (“Christmas Eve 1953”), and even some fine humor (“A Junket in the City of Light”). Most of the stories have no solid ending and many of them border on the melancholic, but all provide a small emotional journey that left me feeling better for having read them. 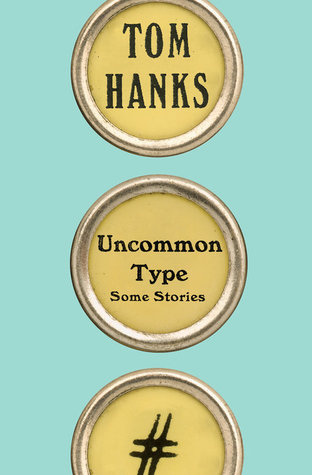 Schitt’s Creek, (Netflix, 2015-2020) – I was late to the game with this series, but after they scooped up all the awards at the 2020 Emmy’s my kids and I decided to check it out. We BURNED through this show. The setup is simple: the wealthy and snobby Rose family goes broke, and their only remaining possession is a small Canadian town (Schitt’s Creek) they’d bought as a joke years before. They relocate to Schitt’s Creek with the hope of selling it but, of course, they end up living there for years. It’s a fairly standard fish-out-of-water through-line, but it works because of the smart and edgy writing and, of course, the sublime comedic performances.  I could go into much more detail, but it’s probably sufficient just to mention that this show won the 2020 Emmy awards (comedy category) for best series, best actor and actress, best supporting actor and  actress, best writing, and best directing. Wow. 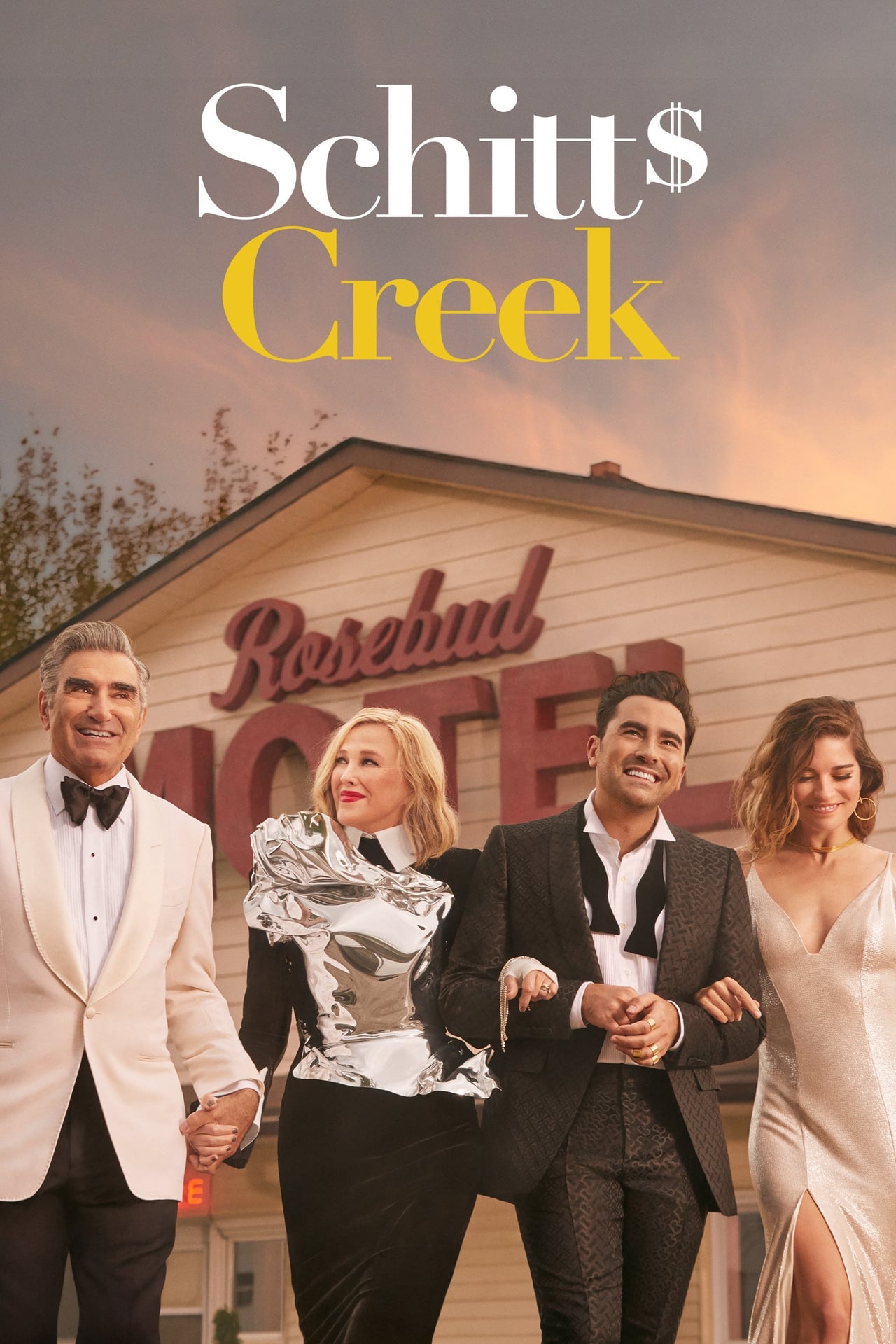 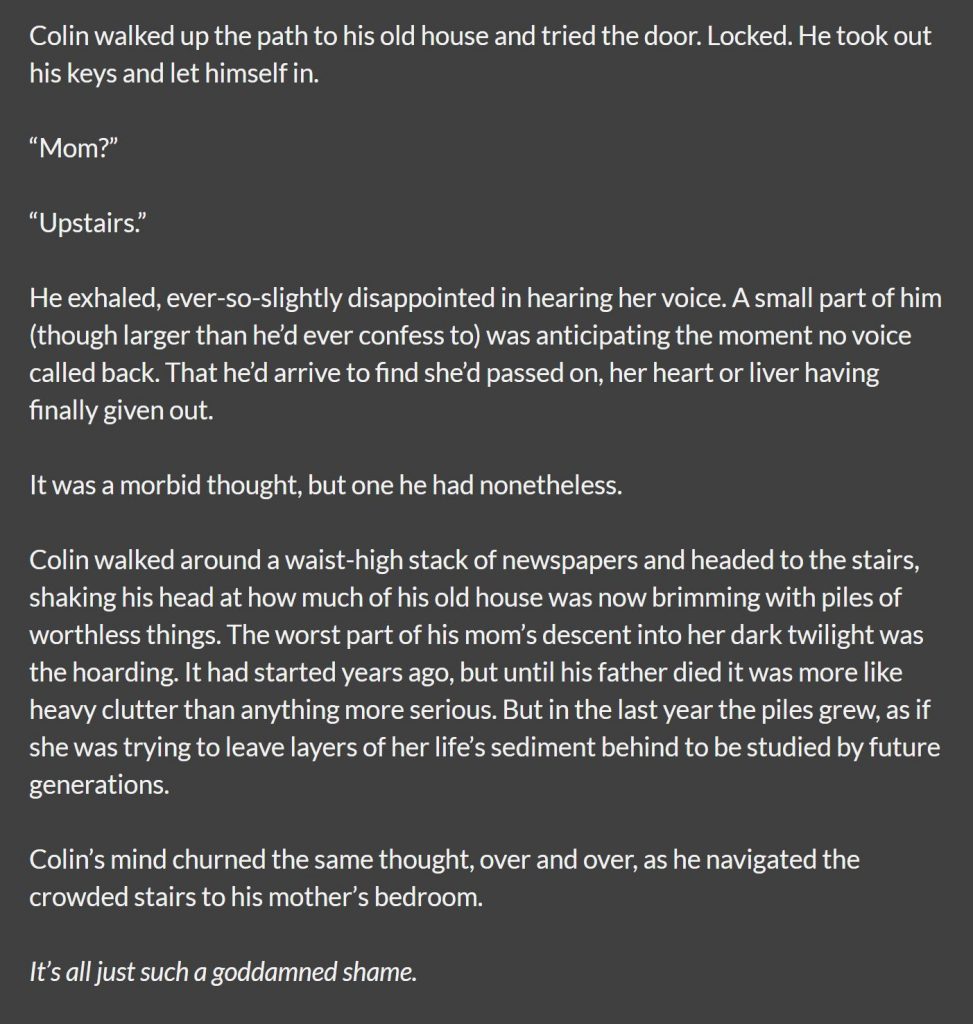 Photo of the Month
With travel on my mind, I dug up this photo from a trip to Israel back in 2008. This is in the port town of Akko on the Mediterranean coast. I just like all the textures of this shot (along with the rotting boat on the roof). 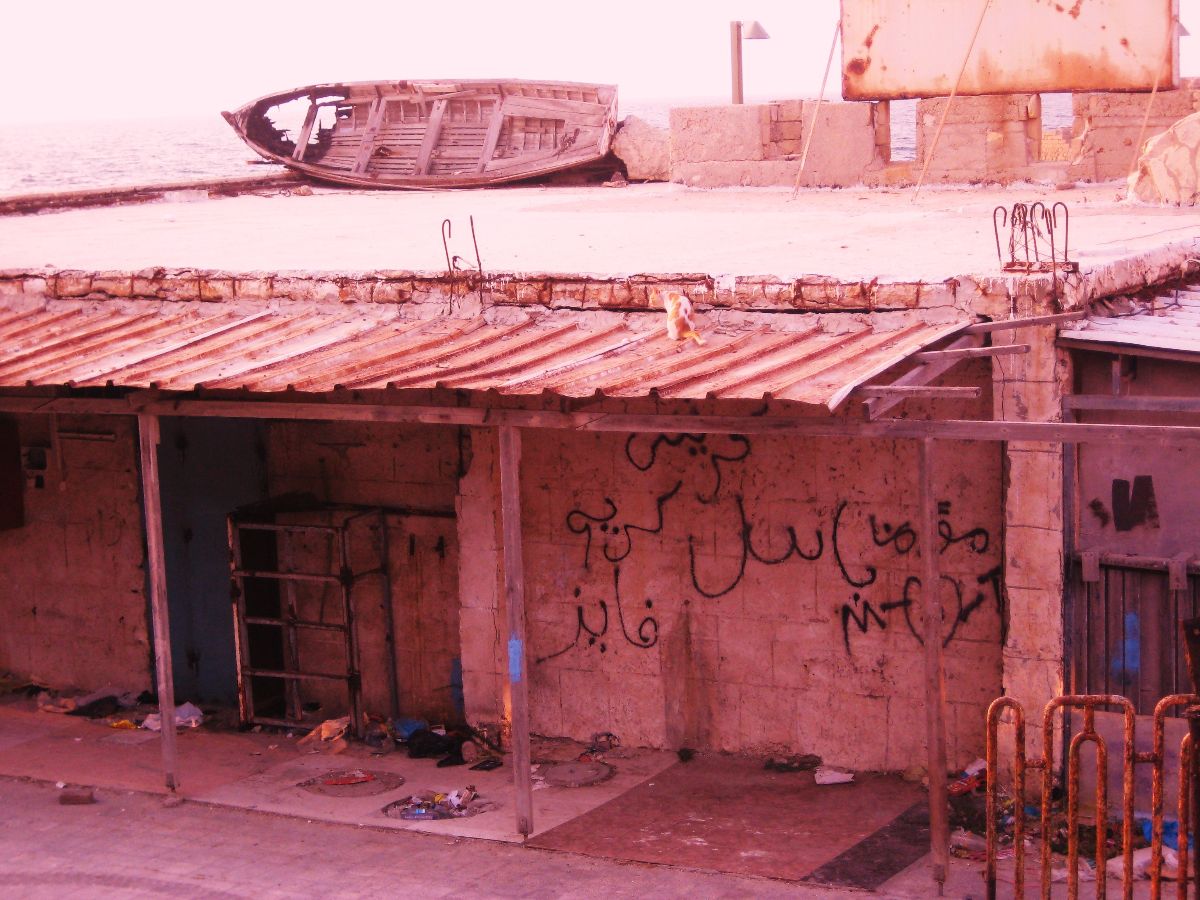 Safe (as possible) thing to do in a pandemic? Top Golf! Outdoor bays and plastic tarps separating widely spaced groups made me feel comfortable enough to get out and do something fun with the kids. There was snow on the ground and it was literally freezing out, but space heaters kept us cozy as we hit golf balls for a couple of hours. Sawyer remarked it was the first thing we did all year that felt pre-COVID. 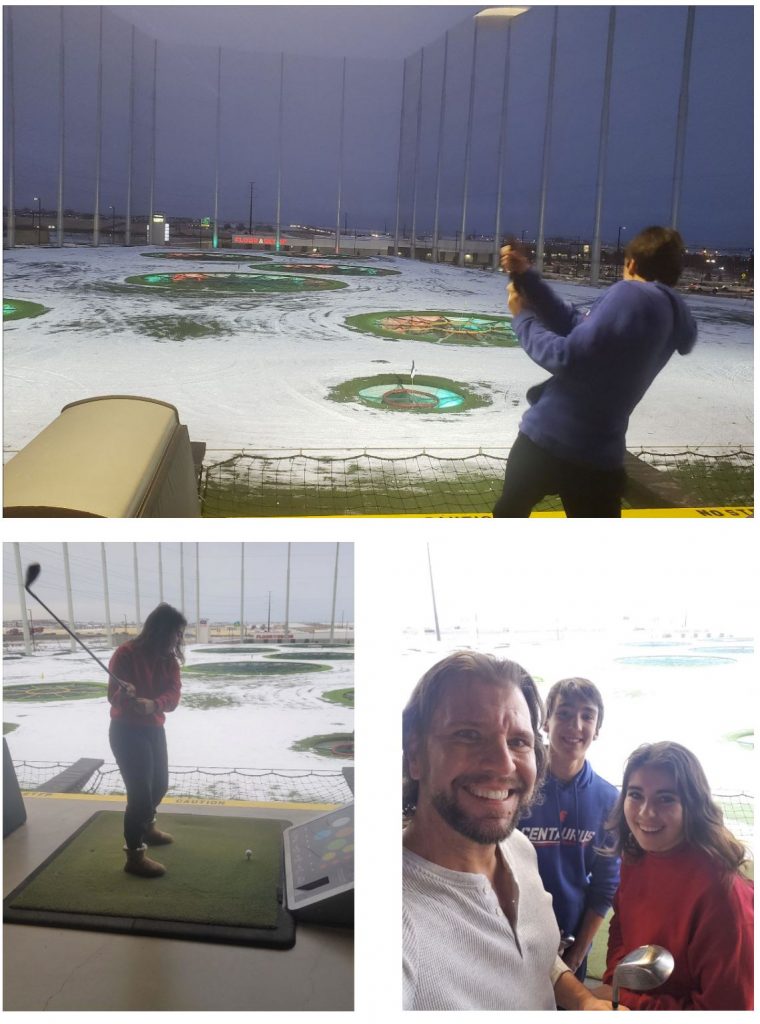 #1. So my son found an epilepsy medical bracelet at Wal*Mart and thought it would be a good gift for me (Note: I don’t have epilepsy). It’s such an odd thing, mostly because the band is festooned with cartoony dinosaurs and the words “dino” and “hello.” Sawyer also filled out the Medical Info card. My favorite part was where the card asks you to list “Special Needs” and he just wrote YES. 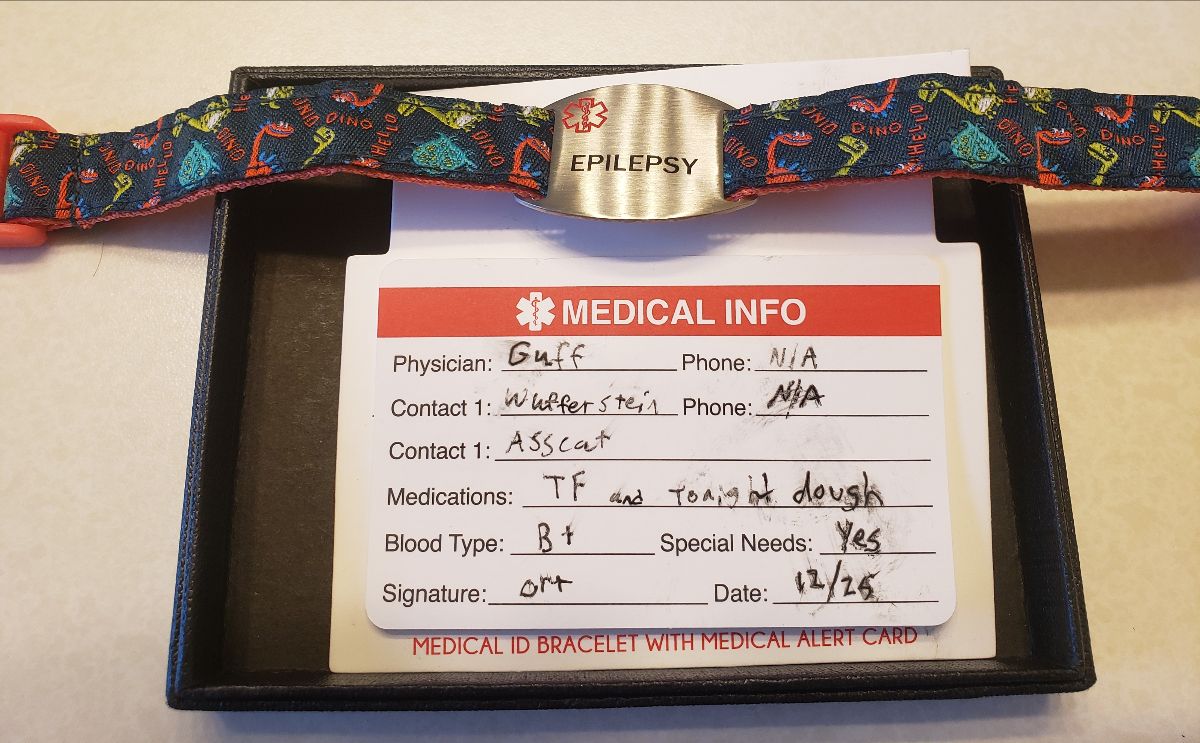 #2. My daughter is college-bound later this year and has expressed some interest in studying criminal psychology. Jessica got her a serial-killer coloring book. It’s kind of amazing. 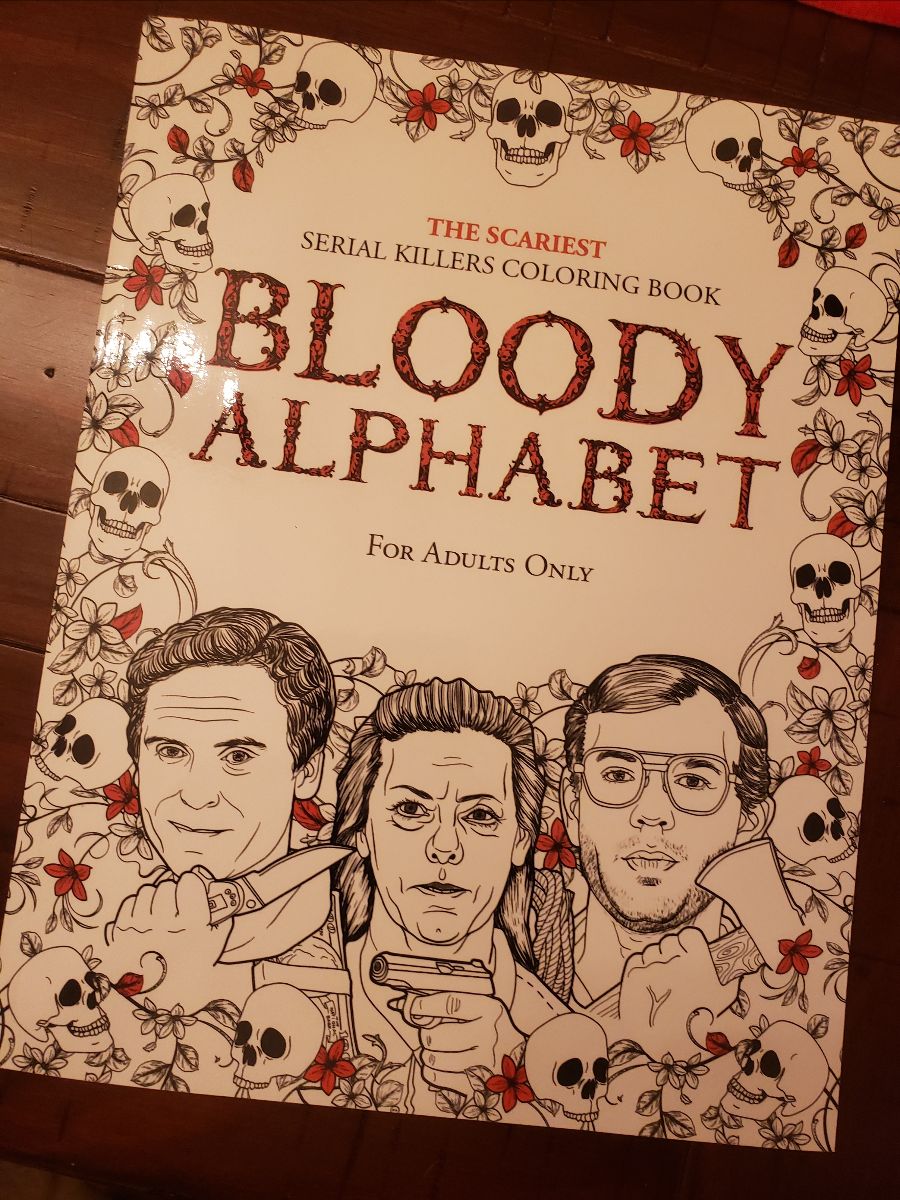 When you’re so bored you resort to putting YouTube bird videos on the 82″ TV to entertain the cat. As expected, he was only mildly entertained. I found the videos quite relaxing, however. 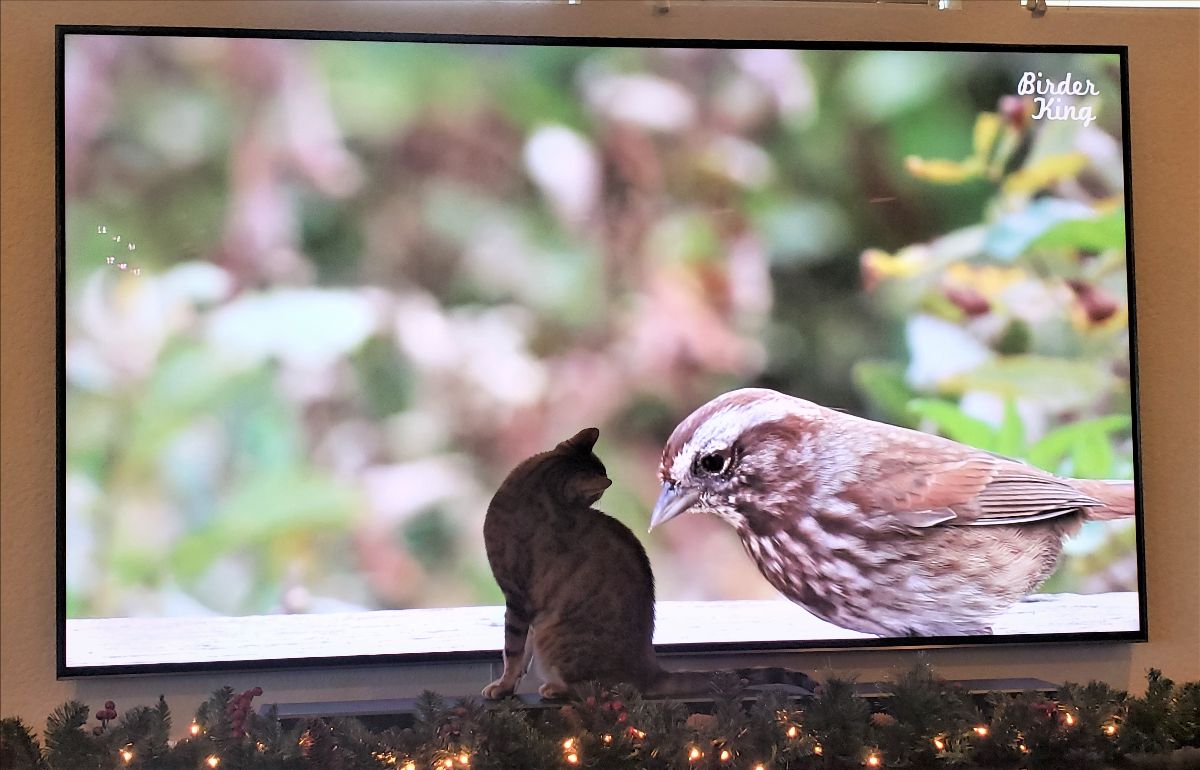 Do you only write novels?

Good question! The answer is: mostly. I’ve done a few short stories, some for practice, some for publication (and several rejected for publication). I struggle to write anything SHORT and I have so much respect for those who can deliver a powerful and moving tale in 5,000 words or less. But it’s fun as hell to try. My published short stories have been featured in the R.L. Stine anthology Scream and Scream Again, the Josh Viola anthology Blood Business: Crime Stories From This World And Beyond, the Mario Acevedo anthology Blood and Gasoline: High-Octane, High-Velocity Action, the Denver Horror Collective anthology Terror at 5,280′, and in Suspense Magazine. I also have several non-fiction essays about writing featured in various publications, including Writer’s Digest, Westword, Strand Magazine, and Killer Nashville.

Have a question you want answered in my newsletter? Email me HERE.