Introducing: The Dead Girl in 2A

I know I’ve been teasing it for awhile now, but behold the official unveiling of my upcoming thriller, The Dead Girl in 2A.

We’re four months out from the launch of my sixth novel, so I’ve refreshed my newsletter and website to showcase the new book. You’ll be hearing more about it as launch day approaches, but I wanted to give you an idea of what the story is about. 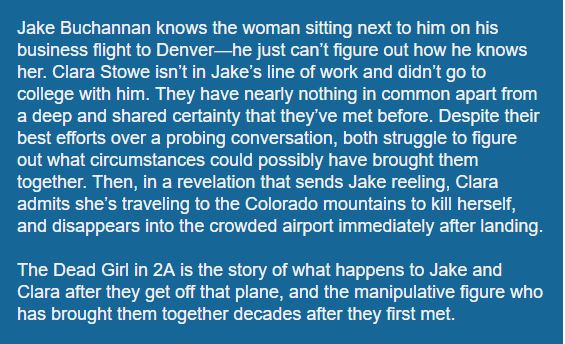 This book was a labor of love, and is so twisty that I found myself second-guessing the characters even though I was the one writing them. I can honestly say this book is like none I’ve ever written before, and I can’t wait to share it with all of you.

The advance-reader copies are out and the early reviews are looking great. I particularly love the very first review it received on Goodreads, where the reader said“it’s just so freaking fresh to have a genuinely mysterious mystery that doesn’t stick to any formulas…and kinda boggles the mind.”

What I’m Reading
10% Happier: How I Tamed the Voice in My Head, Reduced Stress Without Losing My Edge, and Found Self-Help That Actually Works–A True Story, Dan Harris (2014, IT Books).  As I get older, I notice myself becoming more interested in books that teach about happiness, or even how just to be in the moment. Maybe it’s an age thing, or maybe it’s because Jessica is a health coach and has broadened my thinking on many levels. Regardless, this book by Nightline anchor Dan Harris works mostly because the author himself was a firm cynic regarding meditation and mindfulness, until an on-air panic attack on Good Morning America forced him to evaluate his approach to life. With writing that’s funny, sharp, vulnerable, and not-too-preachy, this book breaks down the practice of meditation into manageable pieces. As Harris proclaims, if it can make you 10% happier, then it’s worth doing.

What I’m Watching
The Bill Murray Stories: Life Lessons Learned from a Mythical Man (2018).  Have you ever heard those weird stories about Bill Murray crashing someone’s wedding and giving a toast, or showing up to some random college party and doing the dishes? Documentarian Tommy Avallone had, and he wanted to find out if the stories were true. It didn’t take much digging to find out they were, so Avallone explored deeper to find out the why. What causes one of the most famous actors in the world to show up at random events, cause a stir, then quietly slip away? A surprisingly touching film with no lack of laughs, The Bill Murray Stories is a profile of a mega-star who uses his global celebrity to bring unexpected jolts of joy into the lives of the every-person. Watch this if you’re in the mood for a long-lasting smile on your face.

What I’m Obsessing Over
There’s this website, Fiverr, that’s basically a global marketplace for freelance services, with most jobs starting at $5. I’ve used it for graphic-design work, but the range of services is massive. I was searching on it a couple of weeks ago, and I don’t remember what key words I used to warrant this result (seriously), but one of the suggested gigs was this: 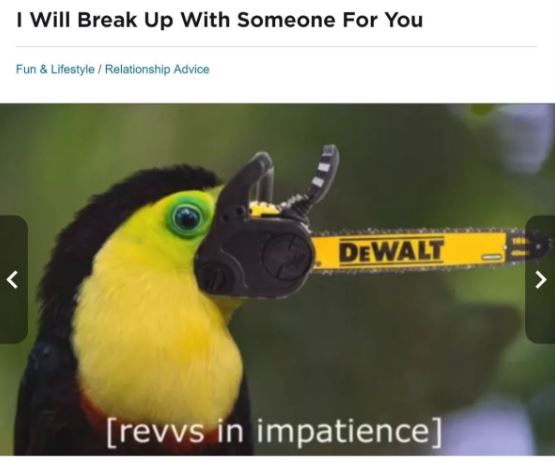 I was intrigued. Why does the parrot have a chainsaw beak? Why is he impatient? I clicked on it to find out more, which is when I found the range of services offered: 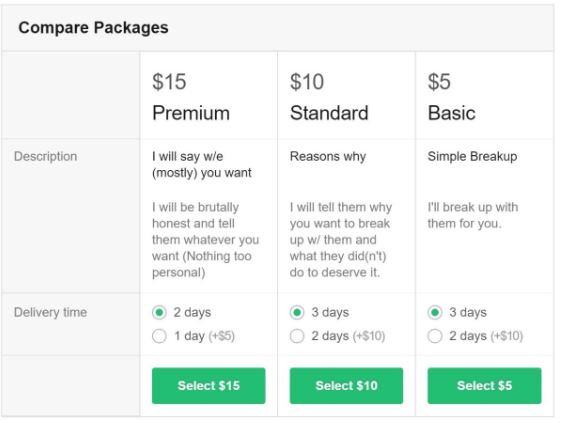 OK, for $5 you get a basic breakup. But what does that mean? A random text message? A disaffected voicemail?  Double the cost to your standard break-up service, and this hitman will tell your soon-to-be-ex why they are being dumped. Which is probably worth the cost, because you don’t any follow-up questions from the victim. You want the clean break. And, what’s this? With the premium version, the service-provider will not only give your ex the reasons behind the break-up, but will be brutally honest in doing so.

I imagine a script for the three packages sounding a bit like this: 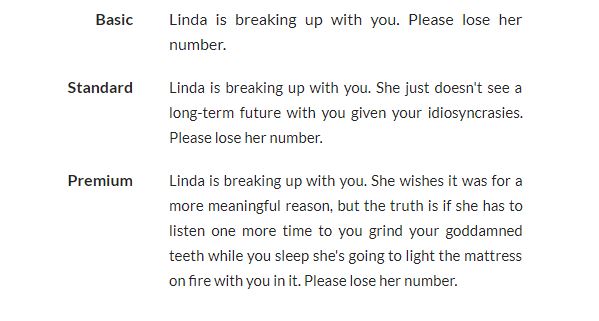 I think you gotta go premium, right? I mean, it’s only fifteen bucks, PLUS you get the break-up done one day faster! Seems like a deal to me.

So who is the evil mastermind behind all this? 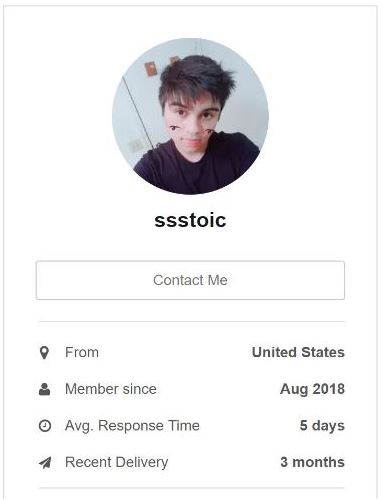 Yup, that’s right, lil’ Bieber here. The end of your relationship will be deftly handled by a twelve-year-old who takes five days to respond to your urgent break-up needs. I’m dying to know the details of the job he did three months ago. Alas, there were no reviews on his page.

Stupid Thing I Did Lately
I took my kids bowling the other day, because I’m an awesome dad.  Actually, when we bowl it descends into a fierce competition with the loser getting mocked mercilessly. But, still, bonding, you know?

Well, on about the third frame of the second game, I did my signature move, which is essentially me trying to release the ball and not fall over. I do some kind of weird leg thing in the process that I can’t quite describe. In any event, the moment I bowl I hear a hideous sound that I recognize immediately as denim violently splitting. I look down and there’s a massive tear in my jeans, running all the way from my crotch to nearly my knee. It was as if David Banner was transforming into the Hulk, but only his penis.

The upside was I’ve never seen my daughter laugh so hard. The other upside was that I was in, well, a bowling alley, where my tear might be welcomed as a fashion statement. The downside? I was wearing bright-red boxer briefs.

I bowled about two more frames before a group was assigned the lane next to us. At that point, I was worried about being arrested as a predator, so I sat, put my jacket in my lap, and watched my kids continue to suck at bowling. 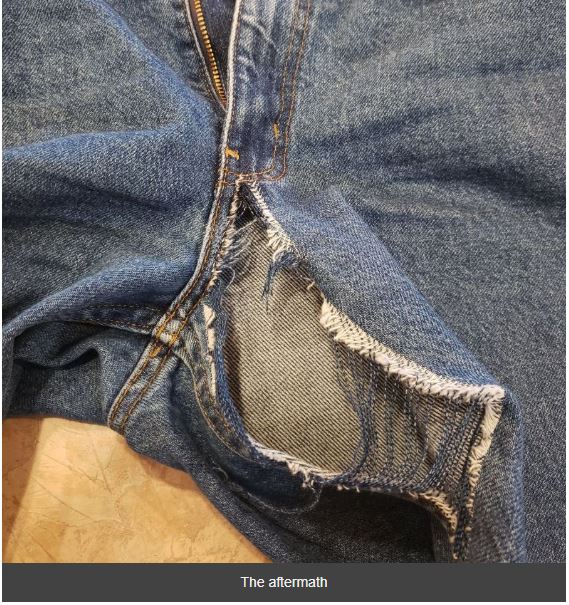 I’m featuring one image a month of some of the favorite photos I’ve taken (you can check out more of my work here).

I spotted this red-tail hawk while driving during a frosty morning a few weeks ago. I pulled off onto a snow-covered road and grabbed my Nikon with the 200mm lens. As soon as I got into position, he turned his head to see who the hell was taking his picture. I got about three shots off before he flew away, dismissing me like the sewer-dwelling bird-paparazzi I am. 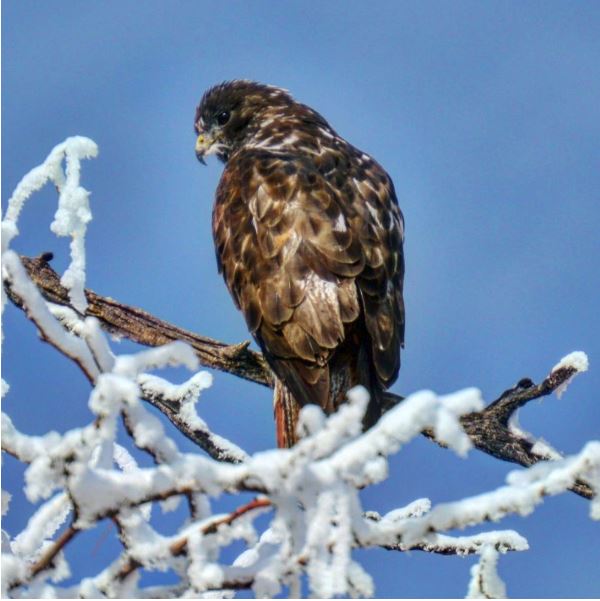 You know how to tell you’re doing a good job parenting? When your 13-year-old son hand-crafts a Valentine’s Day card in which he thanks you for “making me laugh with all your wonderful killing hobo jokes.” 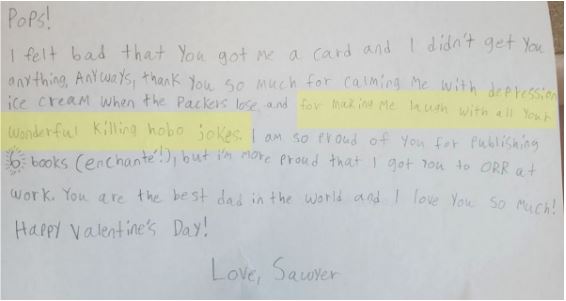 The biggest struggle I have writing from home is my goddamned cat. He is always howling to be played with, and for a Bengal cat, playing means biting me until I bleed. So if I’m going to write while he’s awake, I need to keep a squirt bottle nearby, because the only thing that deters this beast is, ironically, a light mist of room-temperature water.

I captured this moment when I realized, with utter horror, the water bottle was on the other side of the room. Look at that bastard go straight for my flesh. 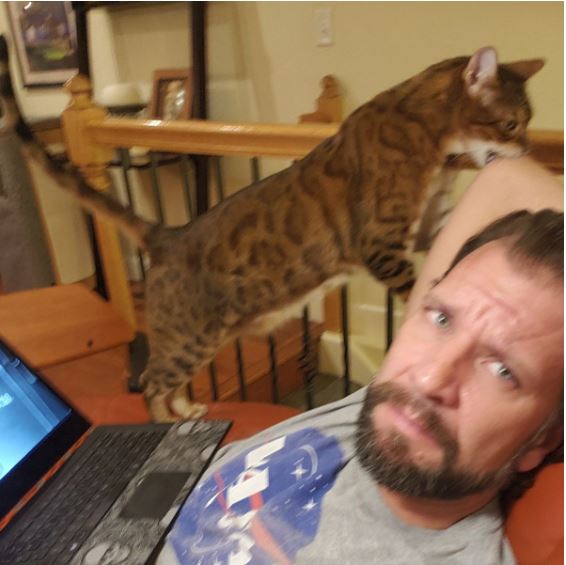 Last month I showed the bobcat that wandered into my backyard, which was the impetus for my putting three (yes, three!) motion-sensing security cameras in the back corner of my yard. No bobcat this month, but I got this curious guy: 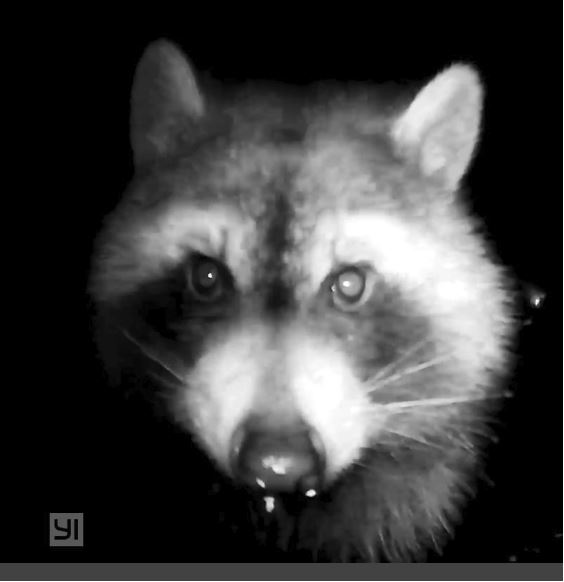