I’m constantly amazed at how creepy kids are. Specifically little kids, like Damien from the Omen or that ghost-peeper from The Sixth Sense. Every now and then I’m asked to come teach at an elementary school, and inevitably the kids are WAY darker than I expect them to be. If I’m teaching, say, a fourth-grade class about constructing a story, it’s gets out of control fast.

What I like to do with these classes is craft a story together, one sentence at a time, with the kids coming up with the sentences and I serve as a kind of conductor, making sure we’re establishing pace/mood/suspense, etc. Keep in mind I’m not telling them we have to create a scary story, just any story. It could be a lovely, magical fairy tale kind of story for all I care, but it never goes that direction.

I ask for an opening sentence, and most hands in the room shoot up. The first kid I call on always says something like:

“He put his finger through the dead person’s eye socket and touched the rotting brain.”

And the reaction in my mind is JESUS, dude, let’s slow down a bit. Maybe build up to that a little?

But I say something diplomatic like, OK, maybe, let’s see who else has an idea, and then I’ll call on a second student, maybe a kid who looks all cute and innocent, someone who will give me a nice, pleasant opening sentence, like the little girl in the front row wearing the Hello Kitty shirt. But then this girl says:

“I don’t have a specific sentence, but maybe the story could start like True Detective Season One where there’s a bloody corpse crowned with deer antlers.”

At this point the teacher is shooting me crazed looks, as if I’M the one letting this nine-year-old watch True Detective. So I pick another kid, and then another, until finally someone suggests a sentence that doesn’t make me want to take a shower. After a half-hour of this exercise, the kids are nearly foaming at the mouth with delirious blood-lust, and I feel bad for the teacher who has to contain them after I leave.

In all my classes, I have learned these unequivocal truths about the creative process of little kids:

About a year ago I was teaching storytelling to a class of 3rd graders, and we were going through this same storytelling exercise. Our story had a moment where the 14-year-old protagonist hears a strange old man’s gravelly voice calling out from the dark.

I asked the class, “What’s a creepy thing this voice should be saying?”

Another one shouted, “Run for your life!”

Then this little girl in the front raised her hand. I called on her. With a totally deadpan face, she said, “Your hair smells better when you’re sleeping.” 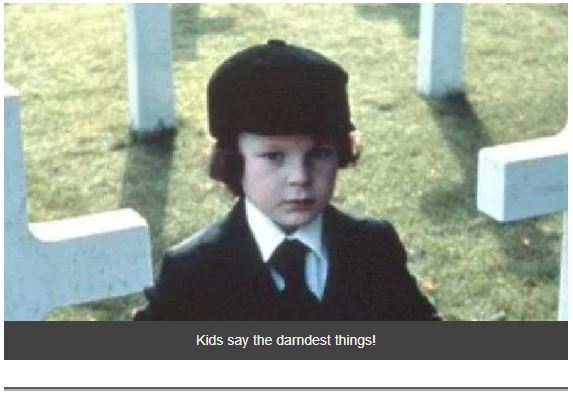 What I’m Reading
Elevation, Stephen King, 2018. King’s latest is a novella—only 144 pages in a 5″ X 7″ book—that will take you just a few hours to burn through. The story adheres to classic King structure in that he takes an element of fantasy and plops it down in the middle of the real world.Scott Carey discovers he is losing weight, but not in a normal way. He is only losing weight, not mass, so he looks the same even though he is continuously becoming lighter. The suspense comes from wondering what will happen when Carey weighs nothing at all, but the real payoff in the story comes from King’s ability to create real emotion through his characters. King creates a wistful, sentimental edge, something he’s good at but doesn’t do often enough. I highly recommend this story.

What I’m Watching
Fyre, Netflix, 2018 and Fyre Fraud, Hulu 2018. That’s right, there are two separate documentaries recently released about the infamous Fyre Festival, which was the biggest festival fraud of all time. This whole story is so emblematic of the world we live in: greed, vanity, and stupidity in abundance. Both docs are great, but if you just watch one check out the Netflix version, which neatly lays out the whole sordid affair one piece at a time.

What I’m Listening To
The 80’s All Lined Up, Spotify playlist. Eighty songs, and none of that top-40 garbage from the 80’s. If you enjoy bands like the Smiths, INXS, XTC, and the Talking Heads, this playlist is for you.

Photo of the Month
I’m featuring one image a month of some of the favorite photos I’ve taken (you can check out more of my work here). This is a sunrise shot from last Father’s Day when we went for a hike in Boulder, Colorado. I just love the colors that the early-morning sun washes over the landscape.

We went to an event at a local high school a couple of weeks ago, and my daughter told my son to go sit in the corner of this hallway (for no apparent reason) and act like he was being punished. He sat down for about five seconds and I took a picture of him. The result was surprisingly spooky and has a serious Blair Witch vibe to it.

See, I told you kids are creepy. 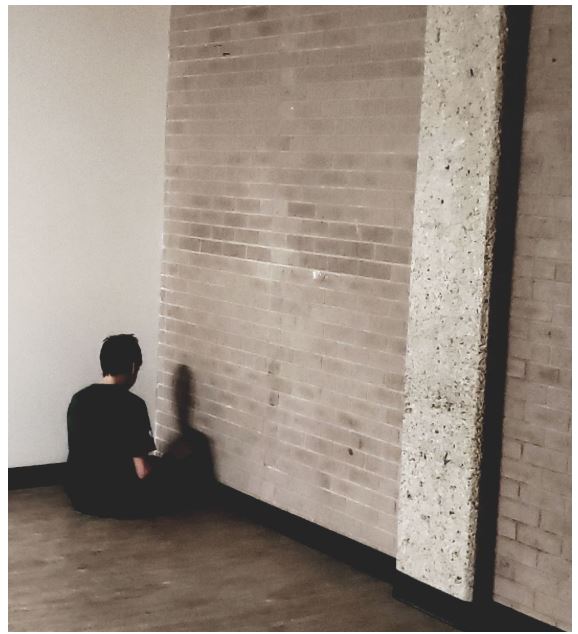 My backyard borders open space on the eastern boundary of Boulder County, Colorado. I’ve definitely seen some creatures in or behind my backyard over the years: rabbits, raccoons, squirrels, foxes, coyotes, etc. But lately there have been sightings of a bobcat in that open space, an animal I’ve never seen in those parts. So I set up three (yes, three!) motion-sensing security cameras in the back corner of my yard, all on or near a small structure I have back there.

My patience finally paid off, as you can see in the video below. 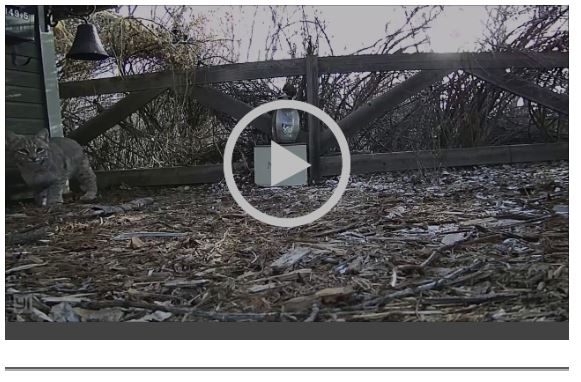