This Heat is Gettin’ To Me

It’s hot and I don’t know what to write. I’m just sitting here with a blank screen, blurry eyes and fuzzy brain, and I suspect this shit is just gonna spill out without a lot of filter.

It’s hot and I’m tired, and it feels like I never fully wake up on certain days, days when fatigue just sits on my chest, adding twenty pounds I have lug around. Seems to be happening more often.

It’s hot and the world is blowing up. Systemic racism once again rears its ugly head in the U.S. and those supposedly in charge are either turning a blind eye or loading up their tear-gas canisters. I’m disgusted and saddened by the oppression in this country, and realize as a white male I’ve got a helluva built-in blind spot. Thankfully, there’s no shortage of excellent perspective pieces now getting national attention. It’s heartening to see that the book White Fragility has become so popular it’s hard to even find a copy of it. Another book recommendation is How to be an Anti-Racist by Ibram Kendi, and here’s a link to a podcast with Brene Brown interviewing Ibram Kendi.

“Blinds roll down in the ghetto
Power’s out all over town
Jim Crow rules in the crackdown
Bend your knee, stand your ground.”

It’s hot and and so many folks are sick and tired and frustrated and jobless and desperate. As we lean into the boiling and roiling summer, I can easily imagine flashpoints abounding.

It’s hot and we’re just starting summer break and the kids are already bored, and who can blame them? We went on a long hike in the mountains the other day, masks around our chins, ready to pull up whenever we passed anyone. Trying to navigate a 1,500-foot elevation gain with a mask on may be necessary, but it’s not necessarily fun.

It’s hot and my writing is all over the place. Gotta figure out content for a newsletter. Gotta go over copyedits for next year’s release. Need to keep editing my work-in-progress. By the way, I finished that book and am now deep in rewrite mode. Some of it’s pretty bad and needs major work done. Other bits are decent, I don’t mind saying. I think I have a knack for writing people on the edge of sanity.

It’s hot and perhaps I should’ve waited until tomorrow to write this. Maybe it’ll be cooler out. Maybe my sleep will be better and I won’t have those extra twenty pounds of fatigue. Maybe the news won’t be so bleak. Maybe I’ll recapture all that gratitude I wrote about in my last two newsletters and take some action to do more good in the world. 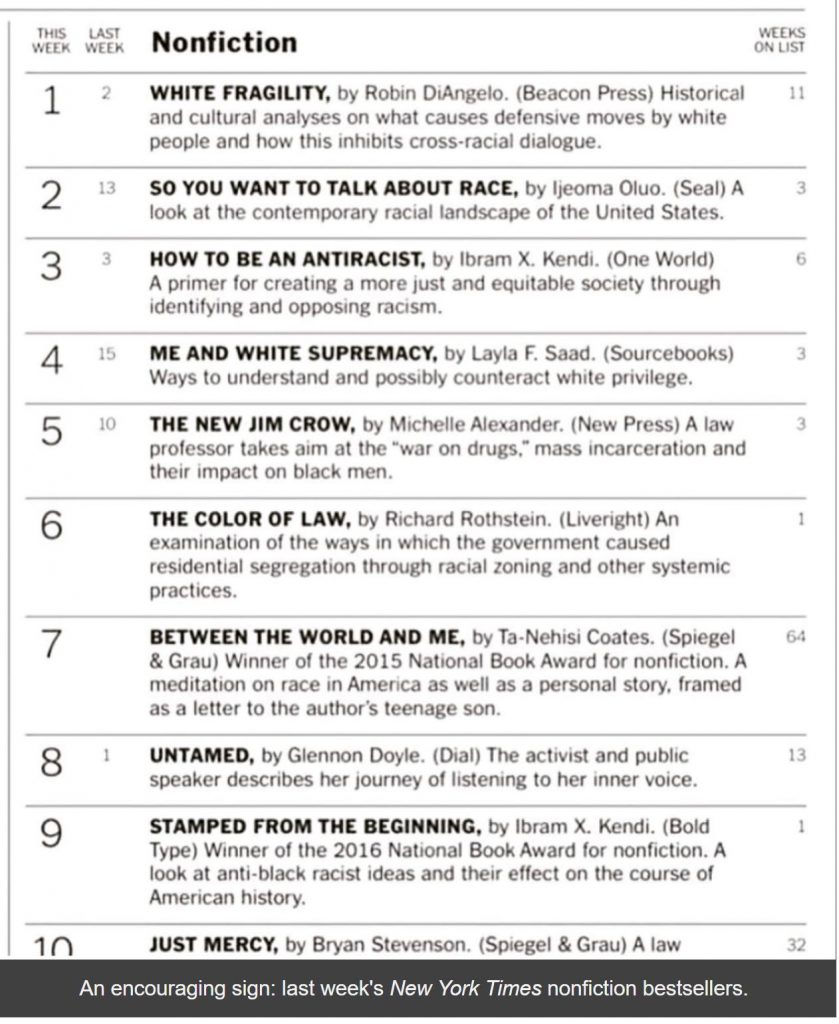 I’m pleased to announce that The Dead Girl in 2A won the 2020 Colorado Book Award in the Thriller category. The awards were conducted virtually, and I am very thankful to Colorado Humanities and Center for the Book for the recognition. This is my fourth title to receive the award. 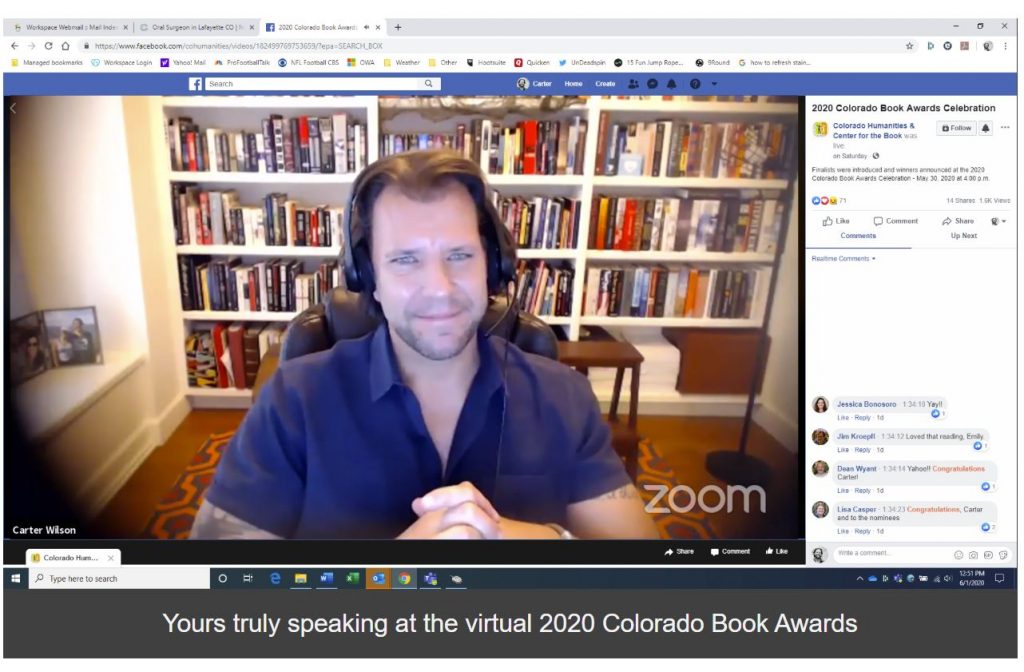 Castle Rock, Season Two  (2020, Hulu) Jess and I watched Season One and enjoyed it, and you all know I’m a sucker for most things Stephen King, so we jumped right in when the follow-up dropped. We’re about six episodes into Season Two and it does not disappoint. At its root is the backstory of the Annie Wilkes character from Misery (and what a doozy it is), but since Castle Rock is more about the King universe than just one particular story, there are a slew of references to other books. At a minimum, it’s worth a watch just to see how well Lizzy Caplan pulls off a young Kathy Bates impression. 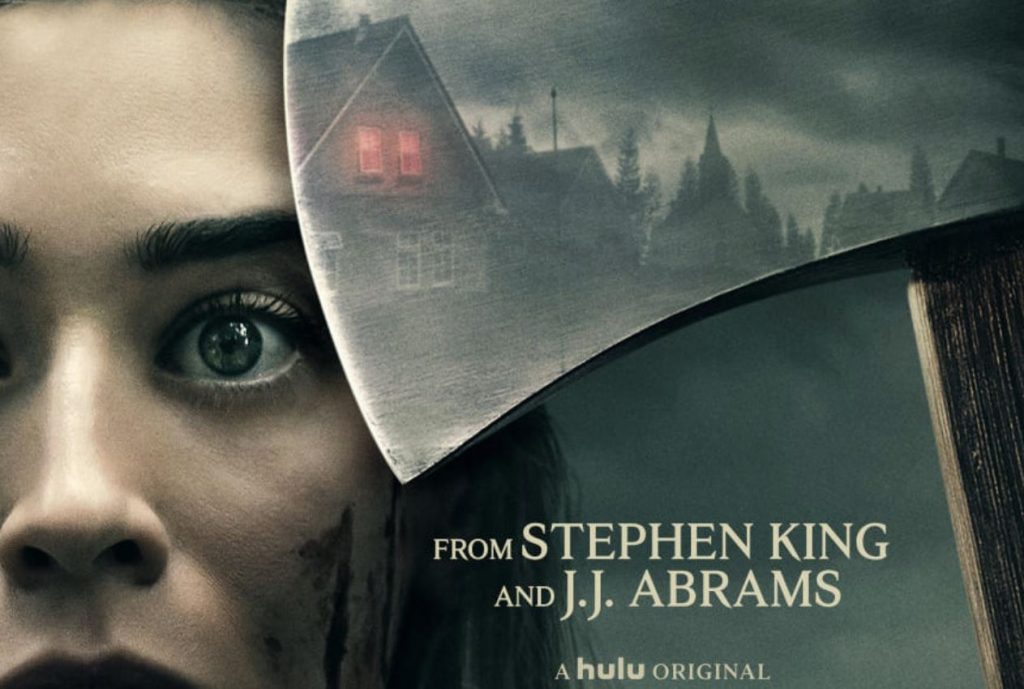 Salem’s Lot, Stephen King (1975, Doubleday). Because Castle Rock takes place in the fictional town of Jerusalem’s Lot, it made me realize I never actually read King’s 1975 book. I’m only about 100 pages in so I don’t have a definitive impression yet, but so far, so good. The writing style is clearly earlier King (a multitude of characters introduced one after another, lengthier descriptions, slower paced) and it’s a nice change to be taken back in time. Just the act of reading a King book that’s nearly as old as me is tinged with just a bit of nostalgia. 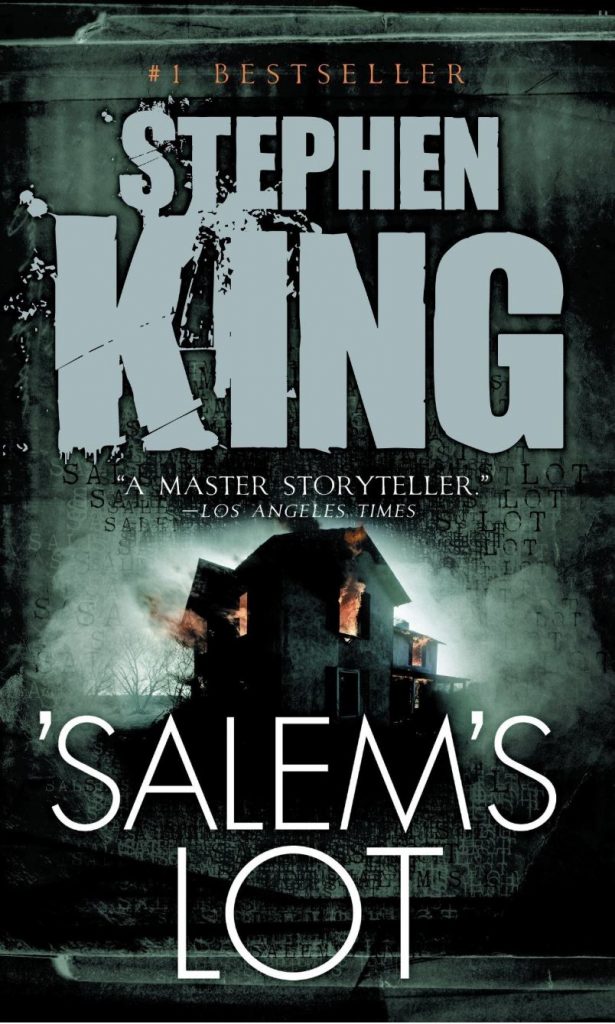 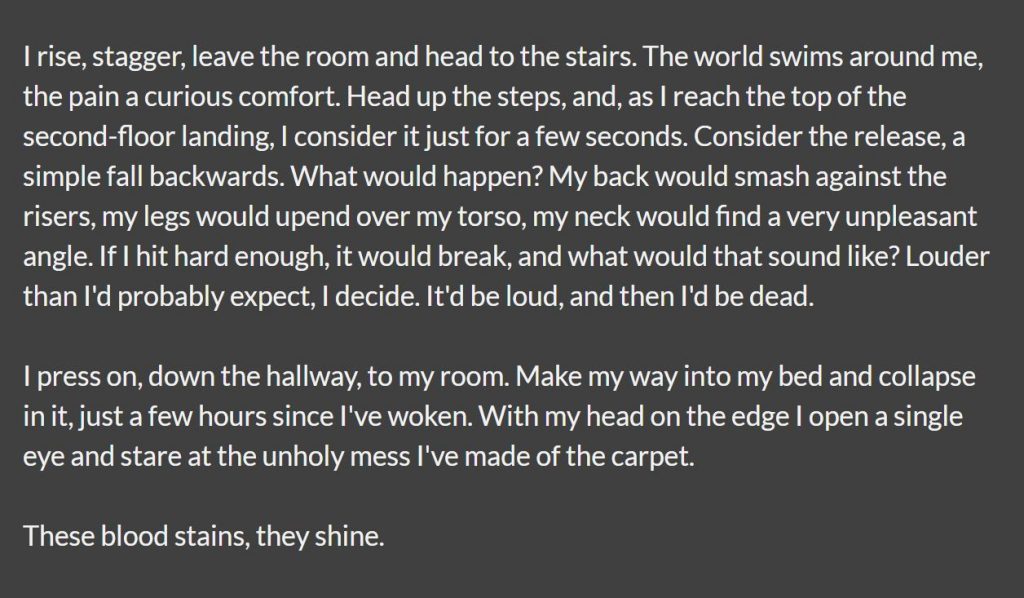 Photo of the Month/Update from my Cat
My daughter took this shot of Guff as he sat in a sunbeam and looked up at a fuzzy toy falling from above. 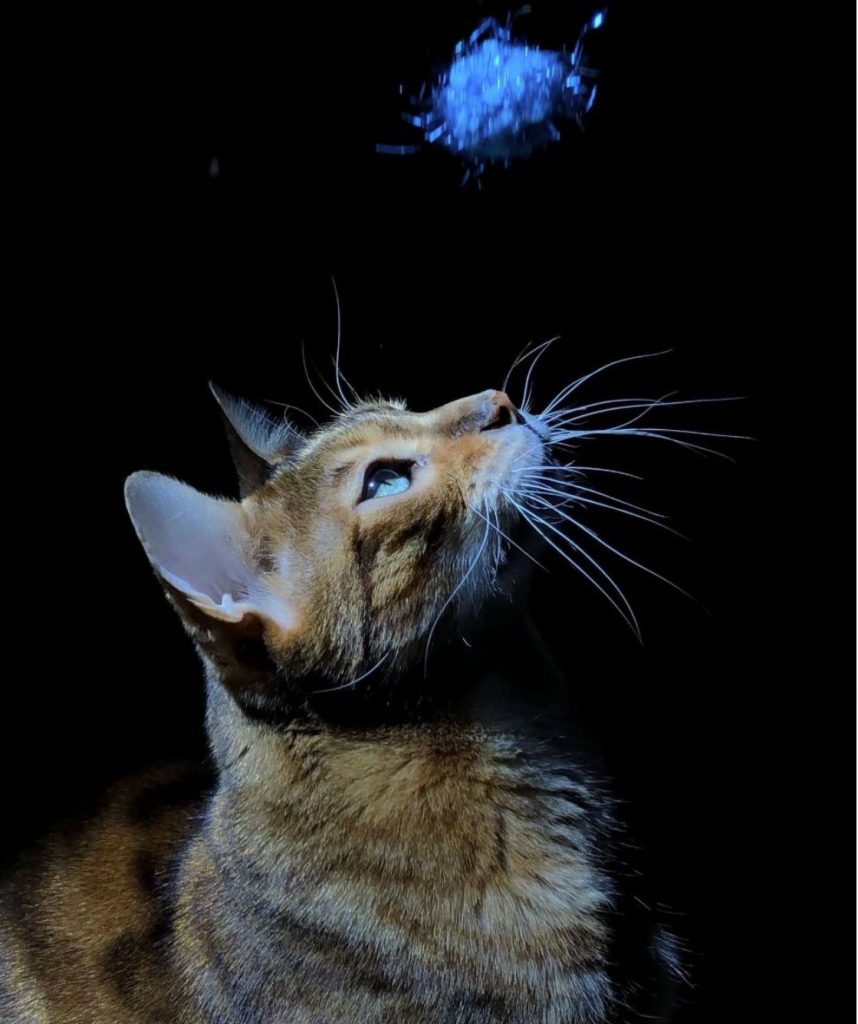 Update From My Kids
A shot from a tough hike with the kids the other day, when we climbed up into the Boulder foothills. Wearing masks was sometimes a challenge, but we could keep them off whenever other hikers weren’t around. And the views were fantastic. 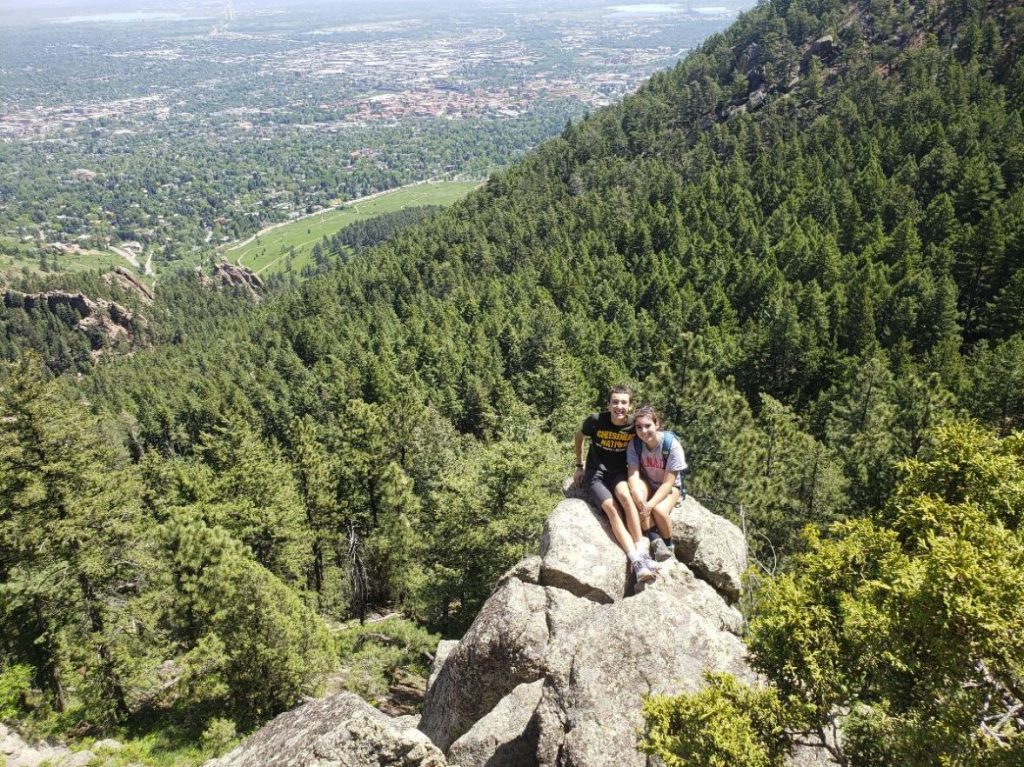 Not very much lately, but I did get footage of this squirrel doing a 180.

Name a book that influenced you at an early age.

I never was a big reader until my 20’s. I was living alone in San Francisco and just starting to realize what a cost-effective form of entertainment books were (especially used books). I tended to buy books by the pound back them, reasoning a nice fat book provided more bang for the buck. That’s how I got hooked on James Clavell and the first novel I read of his was Shōgun (1,152 pages!). To this day I don’t think I’ve read a book that portrayed a romantic relationship as powerfully as the one between Backthorne and Mariko.

Have a question for me? Ask me something interesting and I might just answer in my next newsletter. Email me HERE.
← Previous post: Notes from Other Authors Next post: Holy Hell, I'm 50 →