A couple weeks ago I turned 50 (on Bastille Day, for all you Francophiles out there). When I turned forty I had a big party and was planning to do the same for fifty but, you know, pandemic.

I’m excited to be fifty. Excited to see what the decade brings, assuming we all make it past this year. And though I rarely take much time reflecting on the past, I spent a few moments thinking about what lessons I’ve learned in my first five decades. I decided to create a list of advice I would give to the childhood version of me if I could go back in time. I think I’d tell that little buck-toothed ankle biter the following things: 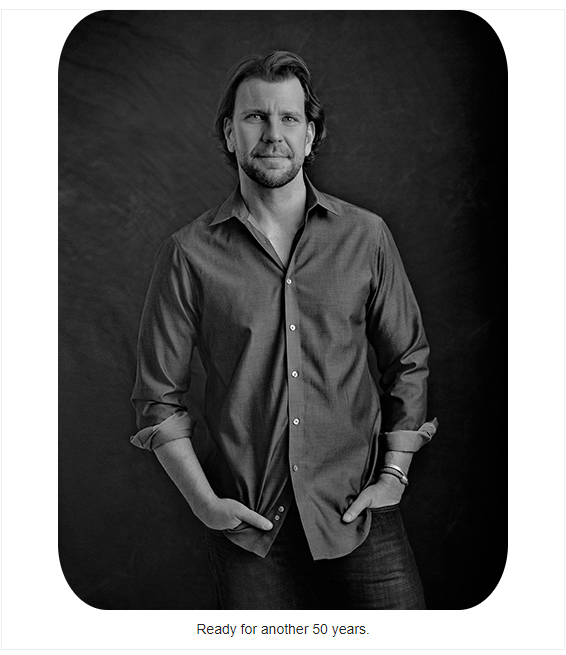 Less than a year away from the launch of my next thriller, The Dead Husband. I know it’s a long way off, but I’m excited for this one. It’s the first time I’ve created an entire fictional town as the setting. The name of the town? Bury. Creepy, right?

F is For Family  (2015-, Netflix)  Another reason I’m bound for hell, I started watching this animated series with my kids. Loosely based on the childhood of comedian and podcaster Bill Burr, F is For Family takes us back to the 1970’s and follows the lives of the Murphy family, who are just trying to get by in the mid-western suburbs. The show is brutally funny and wayyyyy more adult than I was expecting, but it’s not all dick jokes. There are keen observations on racism, sex, gender inequality and American complacency. In addition, the cast is first-rate, featuring Bill Burr, Laura Dern, Sam Rockwell, Vince Vaughn and Haley Reinhart. If you have a twisted sense of humor and are nostalgic for the days of gas shortages and bell bottoms, this show is for you. 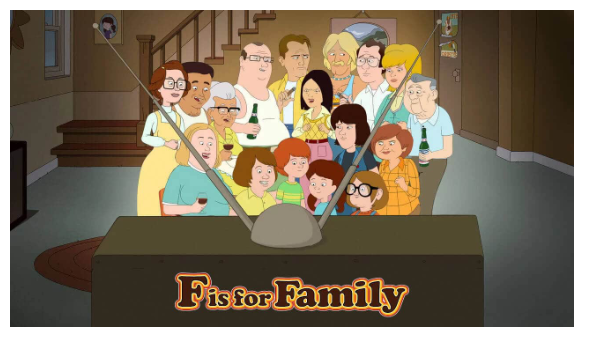 My friend Lydia’s 80’s playlist. She and I grew up in the Los Angeles suburbs, and we constantly had KROQ on the dial. If you want to vibe on the new wave and alternative rock scene from the 80’s, add these songs to your rotation (or link to Spotify playlisthere):

Up until my book launch next May, I’ll be sharing snippets of The Dead Husband in this space, starting with this: 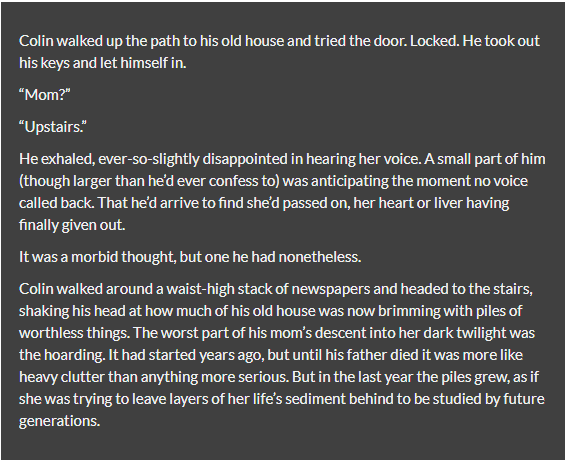 Photo of the Month
Look at this beauty. There are a pair of bald eagles nesting in trees just next to my local Walmart, which is both somehow fitting and depressing. 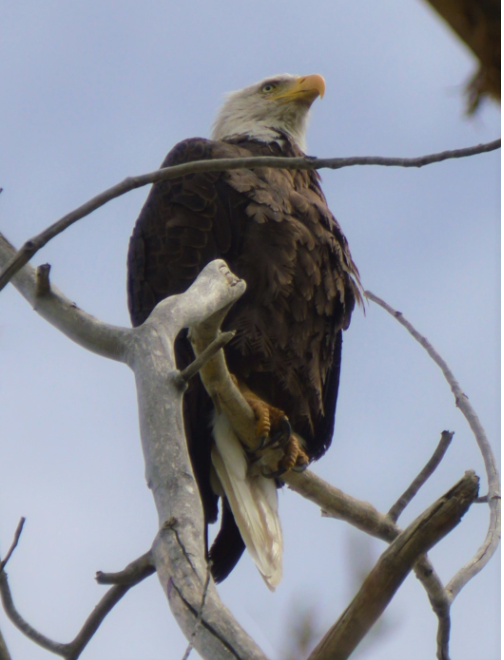 My 16-year-old daughter got all four wisdom removed a few weeks ago. She did great, but boy did the anesthesia make her a mess. In the first hour after surgery she’d go from laughing to crying and back to laughing in seconds. Fortunately for the rest of us, my daughter filmed herself as her mom drove them back from the appointment.

Because she’s hard to understand, I’ll set this clip up. I’m on the phone with her and she says she misses me. Then her mom tells her that she’s bringing her to me and that I’ve got all sorts of yummy soft food waiting, to which my daughter exclaims, “Pudding! Yay!” 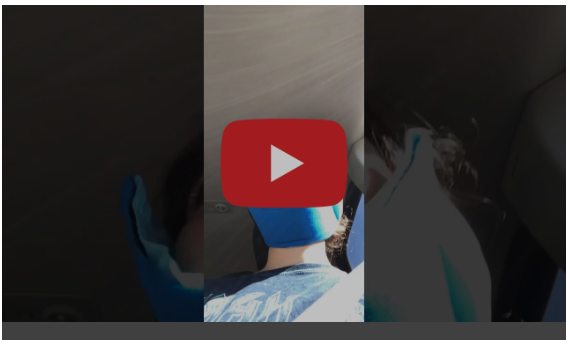 Guff has a window perch with a PVC frame, and he likes to bite down on it as if puncturing the throat of a baby bunny. What a cutie! 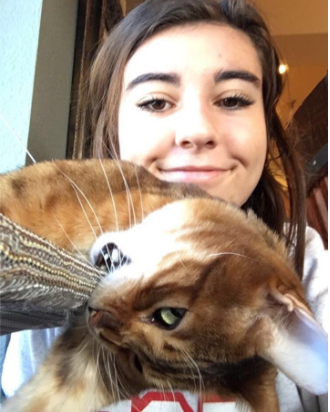 No interesting animals, but I did get two large boulders delivered and added a swing chair to create a peaceful yin & yang space. 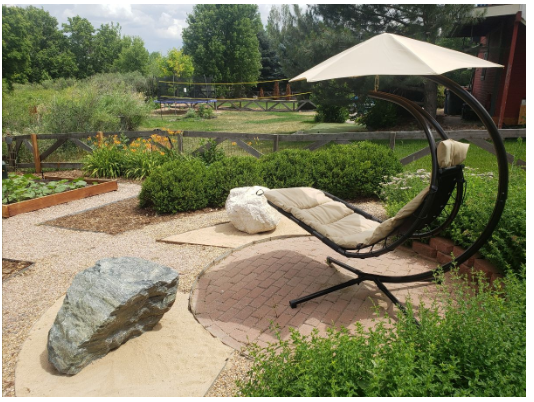 As a younger man, I gobbled up all those classic teen horror flicks, like Friday the 13th, Nightmare on Elm Street, Halloween, etc. Once I hit my thirties or so, I just stopped enjoying most horror films. At heart, I’m a wimp, and the more gritty and realistic a horror movie is, the more it stays for an unpleasant amount of time in my head. I don’t enjoy violence-for-violence’s-sake, so rather than horror I tend to prefer an edgy thriller movie, like Se7en.

I’ll say the horror movie that freaked me out most was the original Blair Witch Project. I was one of the folks who saw it in the theater soon after it came out, had no idea what it was about, and thought it actually was a documentary. Wow. The scene in the end with the house and the painted handprints on the wall. Still gets me even just thinking about it.

Have a question for me? Ask me something interesting and I might just answer in my next newsletter. Email me HERE.