Give Me Halloween Ideas

Mid-July is when the Halloween nightmares start. The recurring dream is that it’s 6 P.M. on Halloween night, kids are walking toward my house, and I totally forgot to decorate. I haven’t put out one goddamn thing. My body is frozen in place, so I can’t even get a pumpkin in position. I’ve failed as a scare-master.

I’m not joking; I have these dreams.

I usually start thinking of a plan for my Halloween staging in early July. We usually get 300-400 trick or treaters, so expectations are always high. This year, I’m drawing a blank. Complete zeros. Blank paper. Nil.

This is my plea for help. Give me ideas.  And here’s the kicker: If you give me a good theme along with practical ideas for its execution and I end up using it this year, I will acknowledge you in my next book. I will also sing your praises in my November newsletter.

Some ground rules and context:

E-mail me if you want to participate. Please, I beg of you. Help me destroy the sleep of future generations. 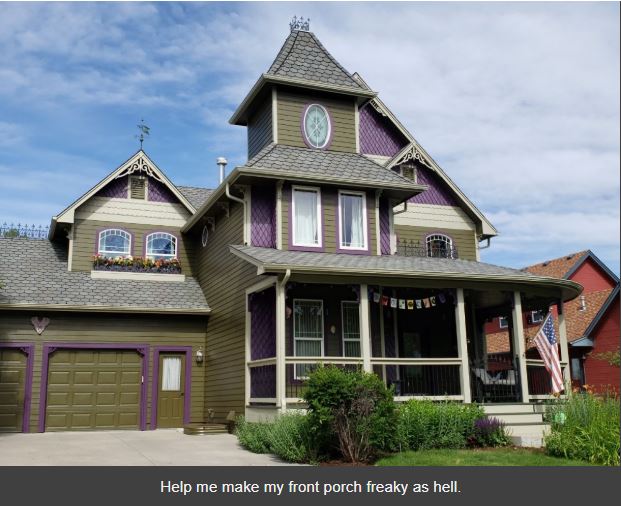 The Dead Girl in 2A is now out in the wild (and has already gone to a second printing!). The release coincided with Thrillerfest, the annual conference of global thriller and suspense writers held in New York City. Add on top of that a slew of bookstore events and it’s been a whirlwind of a month. It’s too much to breakdown, so here are the highlights of my July: 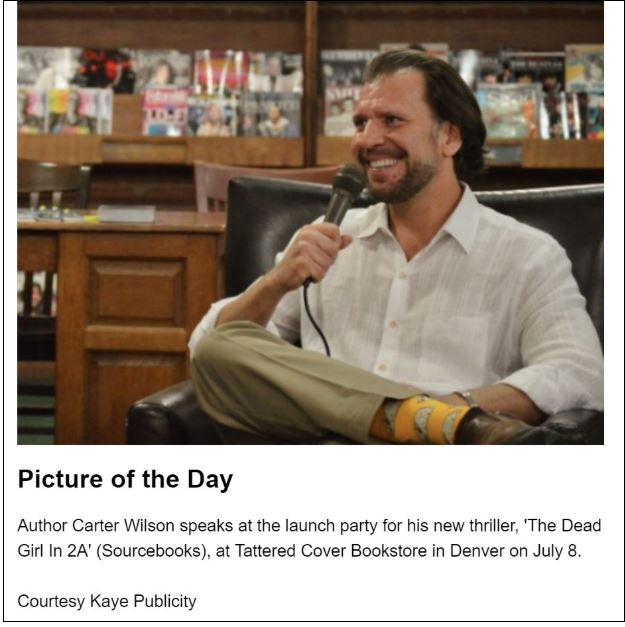 Oh, and at the conference I got a fanboy pic with Harlan Coben. 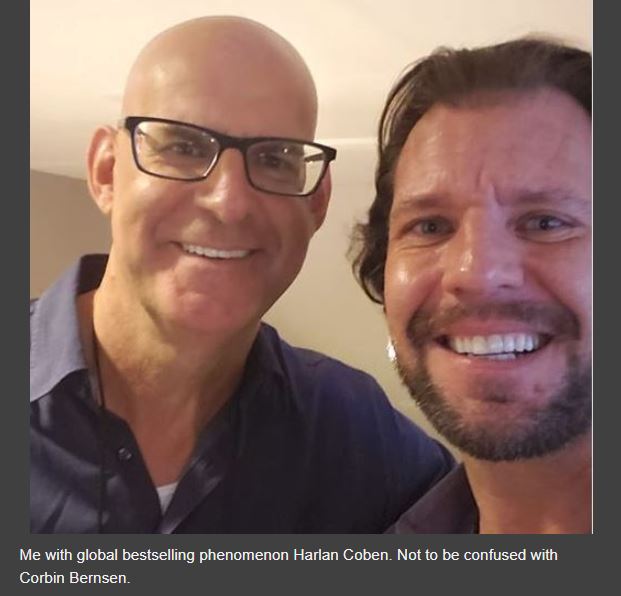 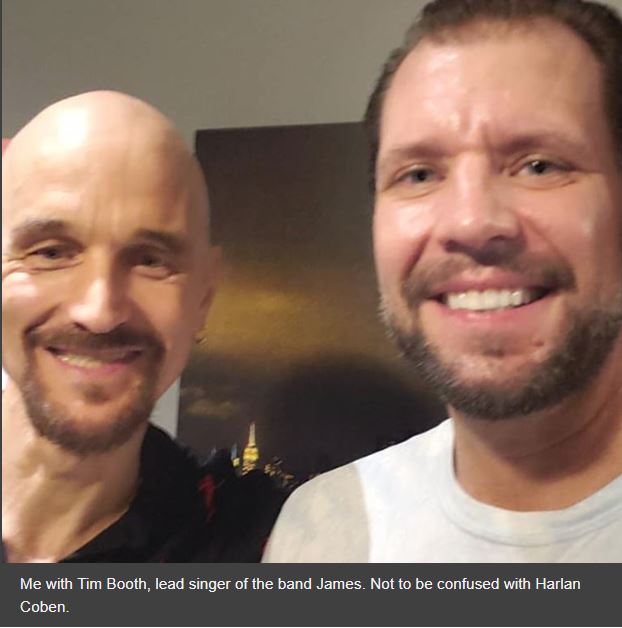 Bitcoin Billionaires, A True Story of Genius, Betrayal, and Redemption, Ben Mezrich (Macmillan, 2019). I’m still on my non-fiction kick, and I just finished up this invigorating read about the inception and meteoric rise of crypto-currency, told from the point of view of Tyler and Cameron Winklevoss. You might know their names as the foils to Mark Zuckerberg during the birth of Facebook. The Winklevoss twins settled a lawsuit with Facebook and began investing into Bitcoin in its early days. A compelling story, though I’d like to know more about the workings of crypto-currency itself, into which the author only dwells lightly. What I’m Watching

Bathtubs Over Broadway (Directed by Dava Whisenant, 2018, Available for streaming). Cancel your plans this evening and watch this hysterical/fascinating/mind-boggling/tinge-of-depressing documentary. This is (brace yourself, it sounds terrible but it isn’t) a documentary about a man on a quest to collect audio and video footage of old industrial musicals. What’s an industrial musical, you ask? Think of a large corporation holding an annual sales convention for all their reps, and they hire a troupe to perform an entire original musical centered on the company’s products. Yes, these existed. Just one example: The American Standard Company had a musical in the 1960’s featuring such numbers as “The Bathrooms are Coming” and “My Bathroom.” This movie is fascinating, partly because of subject Steve Young’s quixotic journey to possess all things industrial-musical, but mostly because of the nature of the musicals themselves. Words won’t do justice here. Just see it.

This photo of a Wyoming windmill farm was taken on a drive from Denver to Salt Lake City back in 2012. 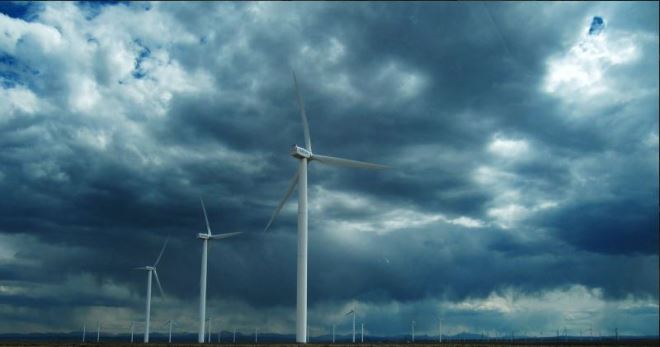 The kids and I went miniature golfing the other day, and since we’re not just content being in each other’s company we had to make it a fierce competition. We decided the loser had to clean up all the dishes from dinner that night and also be the one to put the cat to bed (why the cat gets put to bed is a whole other story. But he does).

Of course, I decimated both of them, and Ili had a 10-stroke lead over Sawyer going into the last 18 holes (we played 56 total). And then she choked. Really choked. On the final hole, she was one shot ahead of Sawyer and just had to sink an easy putt to win. Not only didn’t she do that, but then she missed the shot after that and lost the whole thing. Fortunately, I was there to capture it all on video. 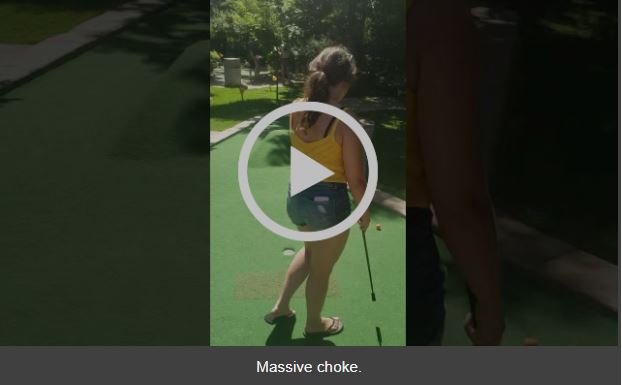 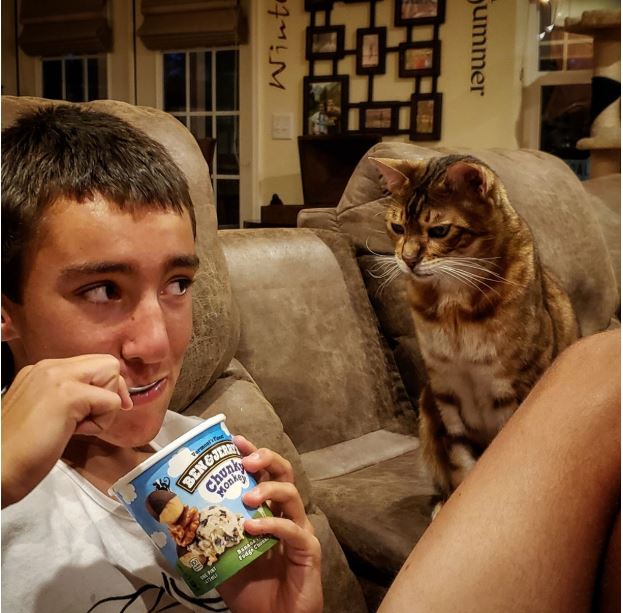 Back in May I told you about the skunk living behind the playhouse in my backyard. The kids named him Silas. Well, Silas was around for awhile, then disappeared, and I thought that was the end of that relationship. Well, Silas is back…and has babies! Silas (who is apparently a she) has three little skunk-kids, which the kids have termed Si-littles. And they all now live under the playhouse in the backyard. 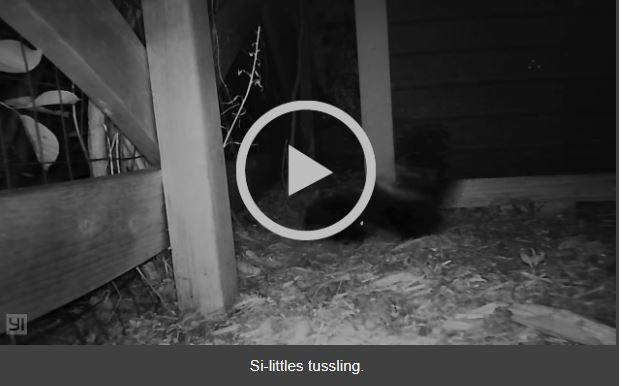