This day has been a long time coming.

My agent sold Mister Tender’s Girl back in the fall 2016, and now launch day is finally here. Though this is my fifth novel, launch day hasn’t lost its excitement. A huge thanks to my publisher Sourcebooks and all their efforts in generating such great buzz around the book.

Where can I buy it?

So what’s it about again?

Inspired by the Slenderman crime, Mister Tender’s Girl follows the story of Alice Hill, who, at fourteen, was viciously attacked by two of her classmates and left to die. The teens claim she was a sacrifice for a man called Mister Tender, but that could never be true: Mister Tender doesn’t exist. His sinister character is pop-culture fiction, created by Alice’s own father in a series of popular graphic novels.

Over a decade later, Alice has changed her name and is trying to heal. But someone is watching her. They know more about Alice than any stranger could: her scars, her fears, and the secrets she keeps locked away. She can try to escape her past, but Mister Tender is never far behind. He will come with a smile that seduces, and a dark whisper in her ear…

Will it give me nightmares?

Probably not, but if it does please e-mail me. I like to keep count. 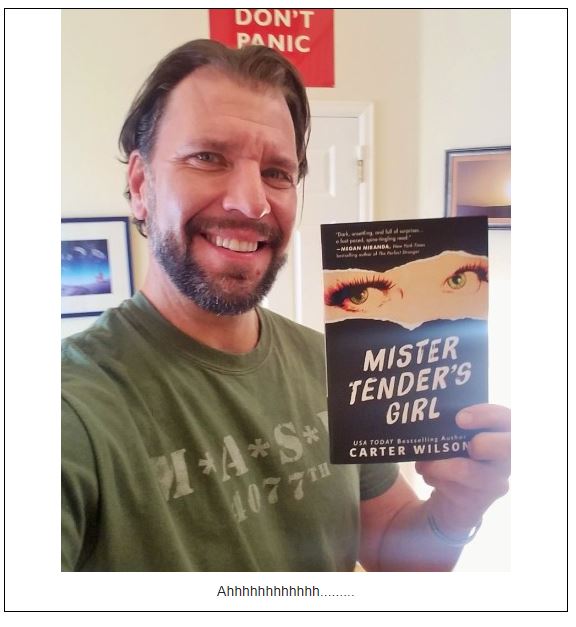 Book: Daniel James Brown’s The Boys in the Boat.  The true story of nine Depression-era college kids who beat the odds to compete in the 1936 Berlin Olympics.  The writing is fluid, the story well-researched and gripping, and the… and the… sorry, I got distracted noticing this book has 20,535 reviews on Amazon. Good lord, that’s impressive.

Movie: Last Flag Flying I hadn’t even heard of this until we were surfing Amazon movies one night. Spellbinding cast of Steve Carell, Bryan Cranston, and Lawrence Fishburne. A funny, bittersweet, and at times somber movie about three Vietnam vets bringing home the body of one character’s son after he was killed in the 2003 Iraq war.  This movie is worth your time for Bryan Cranston’s performance alone.

TV Show: Electric Dreams. (Amazon) If you like sci-fi this is a show worth checking out. Based on the original short stories by Philip K. Dick, these are standalone episodes with dark themes, beautiful imagery, and stand-out casting (Steve Buscemi, episode 4, check it out). Think of it as Black Mirror but with less of that weird desire to kill yourself after viewing. Thanks to my PR rep Kim Rozzell for turning me on to this show.

Stupid Thing I Did Recently

Got a speeding ticket the day after getting a new car. I was going 74 in a school zone. Ha, kidding! But I was going pretty fast. I’ve been ticketed a few times over the years, and the key is to not let it ruin your day. Stay calm. Realize you were likely, in fact, totally speeding. You’re getting a ticket – it happens.

I apologized and the cop said he had to give me a ticket, but he was nice enough to write me up at a lower speed, keeping me from having to make a court appearance.  Any day not having to appear before a judge counts as a good day.

Monthly Highlight From My Cat

Tell me you see the demon-spawn emanating from the photo below. This is an untouched image of Guff standing on a windowsill on the back porch. His reflection clearly shows a laughing devil. Fun fact: my cat’s meow sounds like the demogorgon wail in Stranger Things. 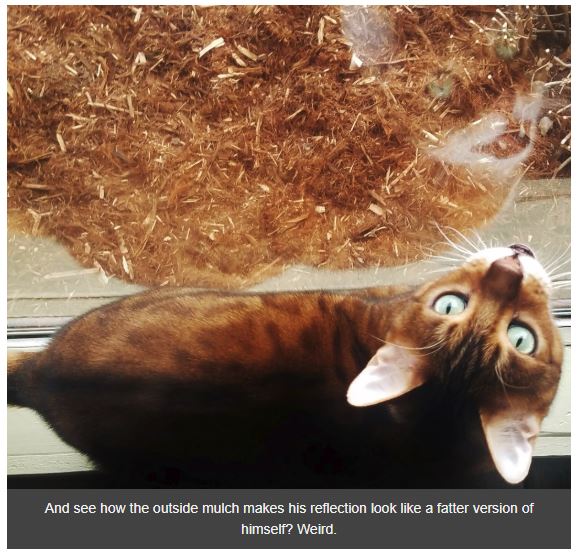 I live in a little Colorado town. OK, not that little, and certainly not as small as it used to be, but small enough that we’re actually a town and not a city. Check out the big crime-of-the-week in the local police blotter. 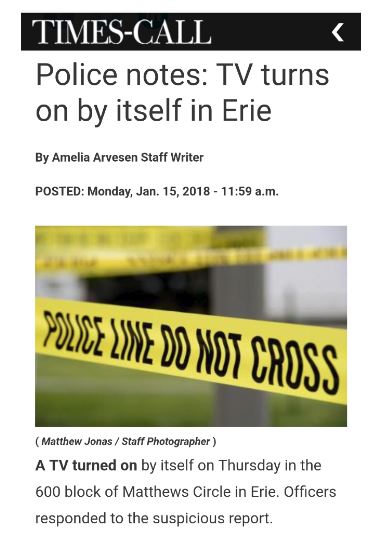 What do you suppose the conversation was like after the police showed up? And talk about a fantastic opportunity for the cops to really mess with this person. Yeah, actually, same thing happened at Old Man Miller’s house down the street and he was found hanging in his garage a week later.

Anyone who follows me on social media has likely picked up on the fact my 14-year-old daughter has a dark soul (I wonder where she gets that from?). Her sense of humor is somewhere between Tim Burton and Jeffrey Dahmer.

I’m telling her this exciting story the other day about how I reached out to the lead signer of my all-time favorite band and thanked him again for giving me permission to use their lyrics in Mister Tender’s Girl, and I offered to sign and send him a copy of the book. I was thrilled when he wrote back a touching note and said he’d love a copy, then gave me his home address.

How does my daughter react?

“Wow, he gave you his home address? You could literally go murder him now.”